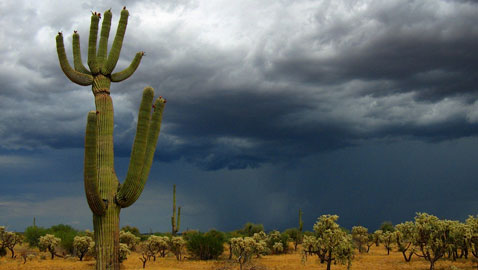 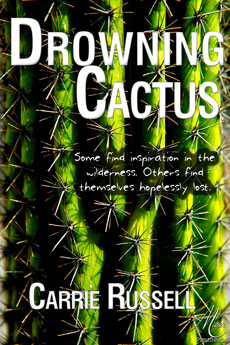 The blogger who caused a kerfuffle in March by declaring Somerville the hippest city in America is back with her first novel and a free teaser prequel in e-book formats.

Carrie Russell, a Wayland native who lives in Pennsylvania, had a basis for her judgment: After graduating from Columbia, Russell said, she moved to Cambridge in 2001 and attended Harvard, graduating in 2004. She also worked as an advocate for the MBTA Green Line Extension in Somerville.

The novel, “Drowning Cactus,” released Friday, is set in and around Somerville – after starting with a far-away botched Saguaro cactus theft that is mistaken for an eco-protest. The thief, Gordon Burstein, is thrust into the national spotlight, causing him to panic and run, beginning a journey that takes him from spring break in Mexico, across the Sonoran Desert and to Somerville and Walden Pond.

Russell, an environmental attorney, gave a little more detail in a press release. “Press and fans scramble to track him down, but no one is more determined than Mora Sullivan, a disgraced environmentalist who has fallen hard for Gordon. She treks into the desert, determined to find inspiration and love,” she said. “Gordon and Mora must survive the wilderness, evade the law and confront the many lies they’ve told the world and each other – all before they attempt to rescue a truckload of cacti from drowning in a New England swamp.”

“Drowning Cactus” is available for $4.99 as an e-book from Musa Publishing and from online booksellers such as Amazon, Barnes & Noble and iTunes.

The teaser prequel, called “The Break-In,” is offered free Friday through Sunday on Amazon.

Antonia’s headed for trouble. Her best friend, Gordon, is ready and willing to follow, especially if her big plans get them out of their dull suburban town. Before they can leave, though, Antonia’s convinced they need to see their permanent records.

They break into their kindergarten to find their oldest files – just a minor transgression compared to some of the stunts they’ve pulled. At the school, an open window awaits them. The file cabinets aren’t locked.

The break-in should be no big deal, but what they find inside will change them both forever.

The Break-In is a poignant, funny and touching story about the ache that comes from fighting into adulthood, busting out of too small boxes and tearing away from friendships that don’t fit anymore.