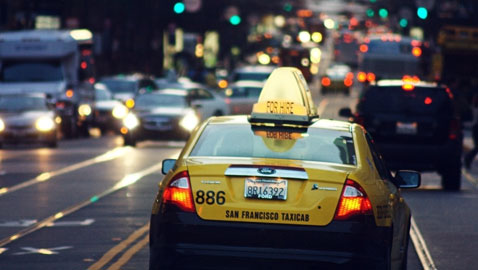 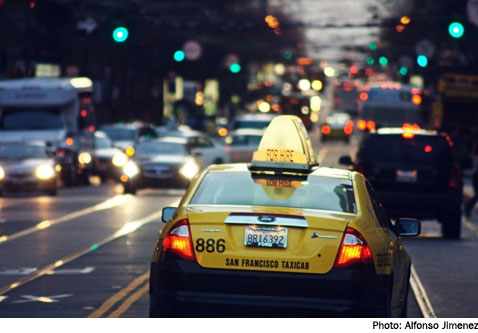 There’s bad news for the taxi industry. In San Francisco, the home of the Uber, Lyft and Sidecar app-based car services and reasonably a predictor of what might happen in growing markets such as Cambridge, cab rides fell 65 percent from March 2012 through this July, to only 504 per month from 1,424.

The figures came from a report Tuesday by the San Francisco Municipal Transportation Agency, which pointed out the effect that has on people with disabilities. Just as we learned in June at a Cambridge License Commission hearing about regulating car services, the innovative alternatives to traditional taxi companies are terrible at serving the most vulnerable among us.

There are other problems with these services, mainly at Uber, where the ethos of ruthless crushing of the competition has a truly unfortunate fascist tone that goes even beyond rejecting the disabled. They make a future in which they replace taxis entirely look just as unappealing as the recent past, in which taxis were the monopoly. Too many taxis have been dirty, too many drivers scammed passengers … and too many times it’s been impossible to find a dirty cab to get scammed in.

Oh, and one more thing: Too many cabs have been cash-only in a society in which most people long ago stopped carrying large amounts of cash. Even when the cabs come equipped with a card device, they are often conveniently “broken” so drivers don’t have to turn over any of their hard-earned money for swipe fees. Or else it’s a driver rebellion against the $10 minimum on transactions, which angered passengers taking short rides that should cost less.

But at a hearing last week where the names Uber, Lyft and Sidecar were barred from being spoken but clearly didn’t have to be, local cab drivers told the three license commissioners they were ready for the requirement.

“We’re going to start losing more money than we’re already losing,” one driver said. “You have to take credit cards. It’s part of the business,” another said. “In five to 10 years, paper money won’t be used in cabs anymore.”

“It’s about time,” a third said. “It’s good for the industry, good for our company, but we need to do it the right way.”

For many, that meant small, smartphone-compatible devices such as Square, which transfers money instantly and emails a receipt for just a small percentage of a transaction – and no fees.

The commission plans to vote on a credit card requirement for taxis next month, commission chairwoman Andrea Spears Jackson said, with the likely deadline for getting the necessary equipment being April 1 to give ample time to comply and align with the spring inspection season.

It’s a good sign for an industry whose one-time dominance and coziness with regulators has lulled it into a moribund state.

Too little, too late?

To prop up the industry in San Francisco, the transit agency there has waived some company obligations for the fiscal year, including driver application fees, and reduced some fees, including for renewing medallions, according to an article by Jessica Kwong in the San Francisco Examiner. “Other possible regulatory actions the transit agency has contemplated to make cab driving more financially attractive to drivers include reducing fees for medallions, which allow holders to operate taxis. Other ideas include reducing the fee to transfer medallions by 20 percent, eliminating the $500 ramp taxi medallion use fee, lowering the medallion renewal for transferrable medallion holders and allowing taxi wrap advertising,” Kwong wrote.

It may be too late to keep the industry functioning in San Francisco, and the addition of credit card use in Cambridge may also be too little, too late on its own.

That’s probably frustrating for George Fiorenza, whose Ambassador and Brattle cab company has taken steps toward keeping the industry responsive to transportation trends. In 2008, his company had five of the city’s first six hybrid cabs. In January, the company announced its own smartphone app to summon a cab, track its location and pay the driver – matching the abilities of the car service apps. Last week he urged drivers to pay as much attention to customer service as drivers for the car services do, because “It’s the small things that’ll bring the customers back.”

“It’s time the city of Cambridge step up and make this mandatory,” he said. “The more the community knows [we take credit cards], the more the people will come back.”