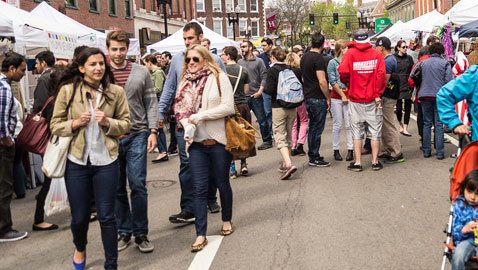 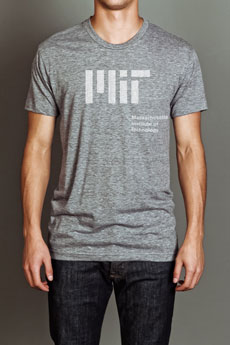 Cambridge style! As seen at one of the city’s notorious Ivy League universities, according to the real estate company Movoto.

The survey industry is working overtime this week to prove that surveys are dumb, starting with the supposed news that Cambridge’s school district has the “best food” in America – based on a whole 29 votes of people who discovered the “everyday expert” company Niche and used it to give 4.1 out of five stars to the work of district food services director Mellissa Honeywood. (In second place was Adlai E. Stevenson High School District No. 125 in Vernon Township, Ill., where 89 voters gave only 3.9 out of five stars. But at least it was 89 people instead of 29.)

That was Monday. Today, Movoto is back, still referring to Cambridge as a suburb and now seemingly referring to the Massachusetts Institute of Technology as an Ivy League school to call the city No. 6 on a list of the 10 “Best Dressed Suburbs” in America.

Either the fashion industry is in worse shape than suspected, or something is way off here. This is an area so indifferent to fashion that Racked, a website that covers retail and shopping “in the country’s most influential fashion centers,” stopped updating locally in August.

Movoto, a real estate company that is also in the business of getting blogs to write about its dumb findings – you’re welcome – says it looked at a number of factors to arrive at its top 10 list, including the number of high-end clothing, shoe and jewelry stores; and the number of tailors and dry cleaners. These factors could be more indicative of lots of tourism, money and even laziness than haute couture, and anyone who walks around Cambridge would likely argue it is.

Santa Monica, Calif., is at the top of the list., followed by Scottsdale, Ariz., Jacksonville Beach, Fla., Santa Clara, Calif., and Skokie, Ill. The rest of the list is here.

There’s plenty here that will strike a lot of people as off base, starting from Movoto’s continued abuse of the term “suburb” – which it defends by saying that each of the 50 communities on its latest list was referred to as a suburb either on Wikipedia or a “list of inner-ring suburbs, and if it was mentioned in any other official records as a suburb.” Vague.

It goes on say the sixth-best designation “shouldn’t be a surprise” given that the city contains Harvard University and the Massachusetts Institute of Technology, and “they aren’t Ivy League because they dress in vines, people.” Harvard is Ivy League; the institute is not. Nor is this hive of sweaty wonks and grinds, known for advancing the hard arts and not for sartorial splendor, a reasonable factor in Movoto’s findings.

It’s a terrible rationale, especially for a city that only two years ago was packaged with Boston as GQ’s worst-dressed city in America. It was called “America’s Bad-Taste Storm Sewer” by GQ, a place “all the worst fashion ideas from across the country flow … stagnate, and putrefy.” Cambridge and Somerville come in for a specific pounding as “where everyone dresses like the proprietor of his or her very own meth lab.”

“When I was moving here from L.A., people told me to scale it back,” said Brittany Johnston, a stylist at the high-end consignment store Found, in Davis Square. “I don’t see as much personal style here as I see in L.A. or New York. People dress more comfortably. It’s a little more practical here, with a lot of students and sneakers.”

A conversation about the survey among Found workers and shoppers found general skepticism about the findings.

Movoto’s call found a supporter, however, in Kristen Uekermann, who writes the Boston Fashionista blog. While also confused by Cambridge’s designation as a suburb, she said:

Anyone doubting Cambridge’s style has not spent much time in Cambridge. From the laid-back tech chic of Kendall Square to the bohemian street style of Central and Inman to the tweed and leather look of Harvard, this city is a real melting pot of fashion. While this article lists high-end shops and dry cleaners as indicators, it’s really the variety and blend of style in Cambridge that makes it so fashion-forward.