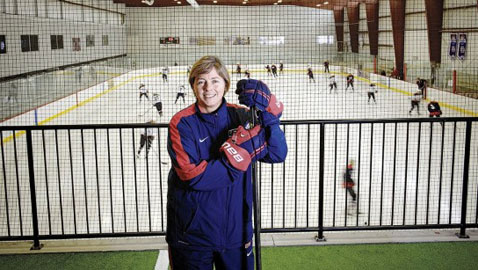 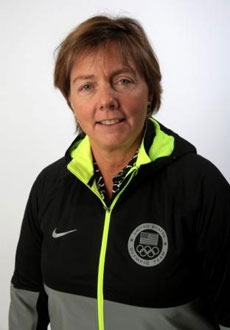 With snow from a winter storm melting away, Anna’s Taqueria brings back its charitable celebrity roller events Thursday with Katey Stone, Harvard University women’s ice hockey head coach for the past 20 years.

“For one evening, Anna’s fans can get their burrito fix from local hockey legend coach Stone, the winningest coach in the history of Division I Women’s Hockey and the silver-medal winning coach of the 2014 Olympic USA Women’s Hockey team,” publicist Danielle Mendiola said in a press release.

The event puts Stone behind the counter of the Porter Square Anna’s to roll burritos that will be packaged with chips and salsa and sell for $10, with all the proceeds going to the nonprofit Young Women in Sport, described as aiming to connect, inspire and educate young women about the value of athletics in their lives.

Over the past two years, the six-site chain raised about $30,000 for local charities through its Celebrity and Guest Burrito Roller series, said Mendiola, of Boston’s Marlo Marketing.

“The core of Anna’s mission is giving back to the neighborhoods that have helped grow the restaurant into a treasured citywide staple. Over the years, Anna’s Taqueria has supported countless organizations and has encouraged fundraising at the grassroots level by helping volunteers champion the causes they’re passionate about. The burrito rolling charitable series is a continuation of that goal, putting local notables ‘behind the line’ to flex their burrito-rolling muscles in support of the larger community,” the press release said.