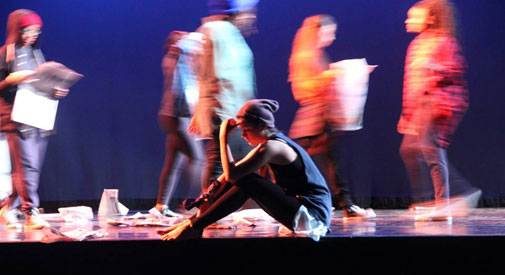 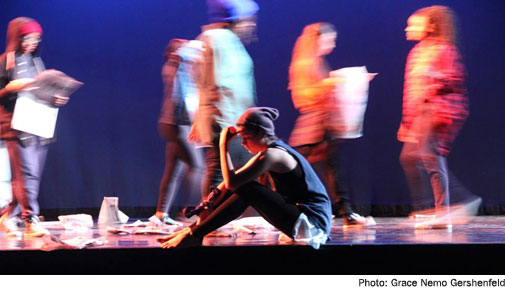 CRLS Modern Dance presents: DanceWorks at 7 p.m. Friday and Saturday at Cambridge Rindge and Latin School’s Fitzgerald Auditorium, 459 Broadway. Admission at the door is $10 for adults, or $5 for students.

Members of Cambridge Rindge and Latin’s Modern Dance Co. and Advanced Dance Technique and Choreography class perform their yearly May production, accomplished and sophisticated works that put some professional companies to shame. This year, student choreographers are joined by guest artists Jean Appolon, Marya Wegman and Molly Wheat, and there’s a percussive collaboration with the school’s drumline to look forward to. Information is here. 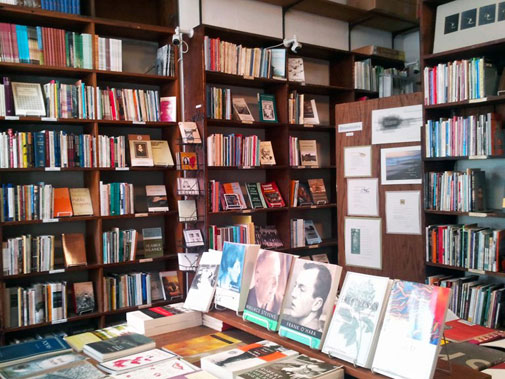 There’s lots of testosterone on display here at the legendary Grolier Poetry Bookstore, albeit of the dark and poetic sort.

Matthew Dickman, product of a working-class suburb of Portland, Ore., brings works from his “Mayakovsky’s Revolver” concerned largely with “not just the contours, angles of grief, but how grief contours and molds us,” as Bracha Goykadosh puts it in The Rumpus; Jay Nebel has appeared in American Poetry Review, Narrative, Ploughshares and Tin House, among others, and his first book, “Neighbors,” won the Saturnalia Poetry Prize and will be published in 2015; Emerson College’s Donald Vincent is the creator of Mr. Hip Presents, a Boston reading series bringing together poets and spoken word artists with live jazz, and has been published in Black Heart Magazine, Hobart Pulp, Stone Highway Review and elsewhere. And Roslindale’s Matthew Lippman arrives with effusive praise from critic Geoffrey Nutter as being: 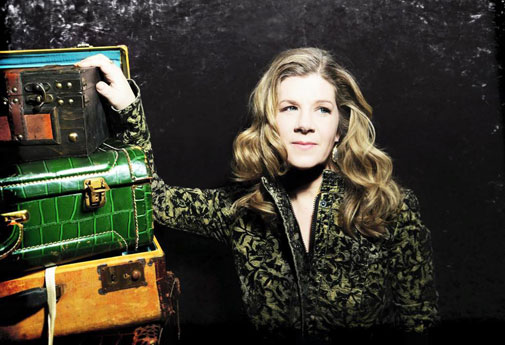 Singer-songwriter Dar Williams returns to her longtime home Saturday with songs from her 2012 “In the Time of Gods,” her ninth studio album, and upcoming “Emerald” album fresh on her tongue and guitar. “Gods” became an album about Greek mythology and a challenge to her record label (“I thought, why don’t I really freak out my record company,” she has said), but now Williams is an independent, with no label to freak out – “Emeralds,” with accompaniment by Jill Sobule, Richard Thompson, The Milk Carton Kids, Jim Lauderdale, Suzzy Roche, Lucy Wainwright Roche, Bryn Roberts, Trevor Gordon Hall, Angel Snow and The Hooters, is her first album on her own. And, yes, Lucy Wainwright Roche has another famous name – but not just because she’s been recording since her first EP in 2007; she’s the daughter of musicians Loudon Wainwright III and the aforementioned Suzzy Roche, of the Roches, and is half-sister of singer-songwriters Rufus Wainwright and Martha Wainwright (whose mom was half of the folkies Kate and Anna McGarrigle). She’s got this in her blood. Information is here.

Cambridge Symphony Orchestra performs “The New World” at 8 p.m. Saturday at The Center for Arts at the Armory, 191 Highland Ave., Somerville. Tickets are $20 for general admission, or $15 for students and seniors.

Featuring Dvorak’s Symphony No. 9 (from “The New World”); Elgar’s “Enigma Variations”; and Mozart’s “Overture to ‘The Magic Flute,’” this show brings to a close the CSO’s yearlong 40th anniversary celebration by returning to some of the orchestra’s favorite pieces. “When the Little Orchestra of Cambridge changed its name to reflect its growth into a full orchestra, the newly christened Cambridge Symphony Orchestra performed the ‘New World Symphony’ to celebrate,” group materials say. Decades later, the volunteer CSO led by Cynthia Woods has some 20 players still living in the city and more working here, and half its full orchestra concerts are played here – each time partnered with a local nonprofit. The May concert spotlights the Somerville Homeless Coalition. Information is here.

Nineteenth Annual Mystic River Herring Run and Paddle from 8 to 2 p.m. Sunday, starting at the Department of Conservation and Recreation’s Blessing of the Bay Boathouse, 32 Shore Drive, Somerville. Register here to pay $25 for the 5K or paddle and $35 for both before Sunday, or register the day of the race at 8 a.m to pay $30 and $40, respectively. (Reservations are required if renting equipment for the race; no day-of-race rentals will be available.)

There’s music, food by Dave’s Fresh Pasta of Somerville and Whole Foods Market, children’s activities and educational exhibits by local advocacy groups as part of these festivities, but that’s not the best way to celebrate the Mystic River and one of the largest herring migrations in the state – instead, join the Mystic River Watershed Association for its annual 5K road race (run it or walk it) by the Mystic and a three-, nine- or dozen-mile canoe or kayak race through Somerville, Medford and Arlington to the Mystic Lakes. Get the fastest time alone or on a team and you’ll go home with an Iron Herring Award (there are also prizes donated by local establishments). Registration and bib pickup is at 8 a.m.; the 5K run/walk begins at 9 a.m.; the paddling races begin at 11, 11:15 and 11:30 a.m. All race proceeds benefit the nonprofit Mystic River Watershed Association. Information is here.