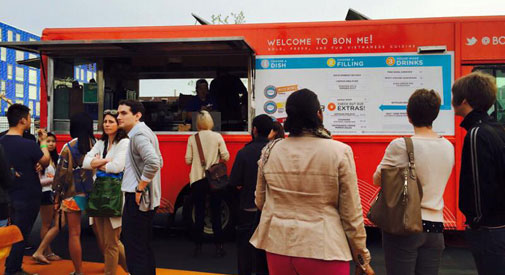 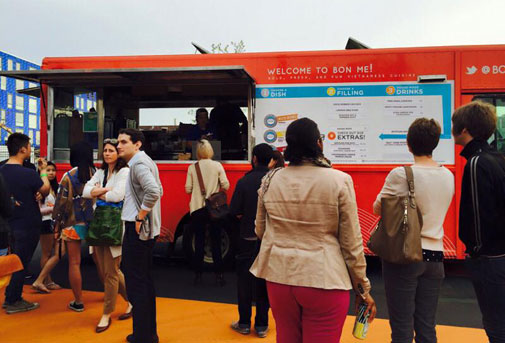 A Bon Me food truck will be one of five on hand at weekly events near Central Square. (Photo: Bon Me) 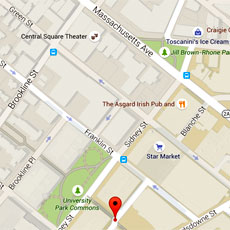 A weekly evening food truck event will take place every Wednesday at 5 p.m. starting June 3, featuring five food trucks and a beer garden in the Landsdowne Quad, at Pilgrim and Blanche streets.

“We are grateful to the Central Square Business Association and Forest City Development for their support and cooperation in making this happen,” Aigner said in a press release.  “This has been a true team effort, and we are excited to bring a great group of food trucks to one of Central Square’s nicest parks on a weekly basis.”

Participants in the Central Square StrEATS gathering of food trucks are:

Chubby Chickpea, for Mediterranean dishes such as falafel and shawarma

The events began last year in the South End. “Throughout the day, people are free to stop by one of the many gourmet food trucks vending in Boston for a bite, but as soon as 4 p.m. rolls around, it’s not as easy to find them,” according to company literature, reflecting daytime food truck gatherings on Harvard’s Science Center plaza next to Harvard Yard, at the Massachusetts Institute of Technology and serving Vecna and other businesses in Alewife. “Thus Boston StrEATS was born.”