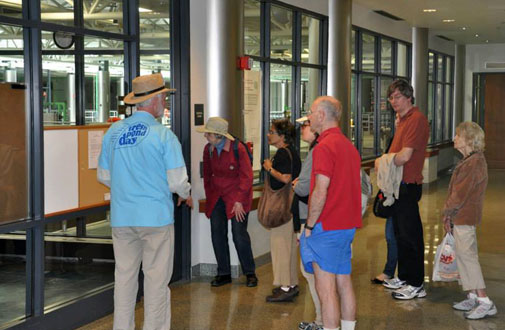 The new regulation is in line with a change in recommended fluoride concentrations by the U.S. Centers for Disease Control and Prevention. For years, the centers set the desired level at a range of values because it was believed people in cold climates drank less water than those in warm climates.

The federal agency changed the recommendation after research showed that there was no difference in water consumption, particularly among children, and that increased use of the chemical from toothpaste and other non-water sources was causing more cases of fluoride overexposure.

The committee had discussed lowering the fluoride level at a meeting May 27 but could not vote because only one voting member showed up, short of a quorum.

Research shows overwhelmingly that fluoridating drinking water has improved children’s dental health, but anti-fluoridation activists cite health concerns and individual liberty. Last year opponents contacted city councillor Nadeem Mazen and he successfully introduced a Council policy order asking the city manager to look into “the risks and benefits” of fluoridation. That led to a public forum in January where activists argued with a panel of pro-fluoridation experts.

After the meeting, the Health Department was to make a recommendation on fluoridation. Monday’s vote was the result.

The city has fluoridated its water since 1974, after three citywide votes seesawed on the issue and a state law then allowed the Health Department to act without a referendum. A Water Department official said at the forum that the fluoride level averages 1 part per million, the “target level.”

The decision will be reported to the city manager and the regulation will take effect in 90 days.

In a statement from the Water and Public Health departments, officials said the city will “seek out updated state guidance” about how to comply with the new requirement for lower fluoride levels. The state Department of Public Health recommendations for the 1 part-per-million standard now in effect say the level can vary between 0.9 and 1.2 parts per million. Communities must immediately report to the state if levels exceed 2 parts per million.

The state requires public water systems to test fluoride levels daily and submit monthly reports listing the daily concentrations. Communities also must submit one water sample each month to an outside laboratory and compare the outside lab’s result with the local system’s result for the same water sample.

Drinking water is now pumped from the water treatment plant at Fresh Pond to Payson Park reservoir in Belmont before being distributed to residents, city officials said. If there is “any momentary spike in fluoride” at the treatment plant, it would be “mitigated by the large volume of water at Payson Park that it mixes with before being gravity-fed to the city,” the statement said.

Besides that protection, equipment at the plant measures fluoride levels continuously and will sound an alarm “if fluoride falls outside the target range,” the statement said. Fluoride is also measured at Payson Park, officials said.

This story was updated June 26, 2015, to add the final four paragraphs giving city responses to questions of logistics and policy.