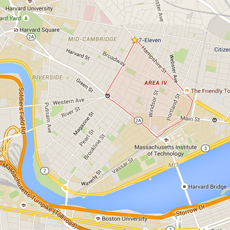 There’s a problem with a City Council order organizing a Sept. 12 vote to rename the Area IV neighborhood: A vote already happened, and it didn’t go the way the backers hoped.

Vice mayor Dennis Benzan put through a Monday order to capitalize on the well-attended Area IV Day in September, and the council approved it. But it’s at least the third time the council has dealt with the name-change issue, and when councillor E. Denise Simmons realized Benzan’s order had been passed without comment, she brought awkward news resulting from a previous version.

“A couple of council orders prior to this we asked for the renaming of Area IV, and it was the understanding people had already participated – that they had voted,” Simmons said, “that the name would be ‘Area IV.’”

“So there’s a difficult place, because it’s now adopted,” Simmons said. “It kind of dishonors the process that happened before. I’m in a bit of a quandary, because I want to call it The Port.”

The most prominent voices for a renaming include Simmons, Benzan and Renae Gray, a Columbia Street resident, activist for social justice and one-time council candidate. But Gray said Monday that – on the advice of councillors during a previous attempt at a name change – people in the neighborhood had already begun calling their home “The Port,” and Gray was no longer looking for a vote; she just wanted the city to also begin referring to “The Port” on official documents.

Benzan said he simply hadn’t known votes on the name had taken place. “It appears there has been a process, but that process has not been clear to me,” he said. “Today was the first time I actually heard there may have been a process … I had no idea.”

The conversation came immediately after Benzan accused councillor Nadeem Mazen of making up a $1 million pledge for an office coordinating science, technology, engineering, arts and mathematics efforts in the city, which had a quizzical Mazen responding that the city manager’s goal of devoting that amount over three years had been discussed at public meetings Benzan himself had attended.

Area IV had been part of a neighborhood stretching south to the Charles River and called Cambridgeport, but in the 1940s the city created 13 overlaid designations to help make analysis of an upcoming U.S. Census easier, according to a January 2004 article in the 4Word, a neighborhood newsletter, written by resident Gerald Bergman as a summary of a meeting the previous year with Charles Sullivan, executive director of the Cambridge Historical Commission.

Over the years, Area IV grew into a neighborhood apart from Cambridgeport and the origins of the term became obscured. Instead of being recognized as a planning term used by the city, neighborhood and police, some just called it a police term. Simmons herself has complained that “Area IV is one of only two neighborhoods in the city of Cambridge that is known by its police district number,” as have longtime residents such as Selvin Chambers. (Gray, citing the Historical Commission, also said Monday that “The Port was our original name. So I don’t want to get it confused with Cambridgeport. We were first, okay? So if anybody has to change its name, it should be Cambridgeport, not us.”)

But the taint of the name is fading with time as residents come and go, and as businesses such as the upscale Area Four restaurant adopt it as a signifier of cool. Two years ago, Simmons said “a majority of the residents in this neighborhood have expressed their desire to formally rename the neighborhood to something more fitting”; but in February she complained during a council meeting that “Newer members want to call it Area IV … there’s this new tension between those that have recently come saying, ‘Wow, what a catchy cool name, and there’s a restaurant named this,’ and [longtimers] saying, ‘But we always called it The Port.’”

“Place names are remarkably fluid in Cambridge, where the population turns over rapidly and there are few definitive geographic boundaries,” he said.

Councillors have acknowledged the shift during previous attempts at a name change. Minka vanBeuzekom, who lives in Area IV, said during her council term that she’s come to like the newer name, and former councillor Ken Reeves said at the time that he’d received emails opposing a change.

Benzan and Simmons remain firm, although at Monday’s meeting they differed in approach, with Simmons unsure about Sept. 12 voting and concerned how it would look running another public vote after earlier votes simply didn’t produce the results she and Benzan wanted. “We are in the same camp, we just need to figure out how,” she told Benzan, while he seemed to see a way forward to ensure the outcome for what they called the majority of residents: putting a little official thumb on the scale.

“We were going to ask the community and all of the community organizations … to help us spread the word and have members of the Area IV Committee particularly submit names for the renaming in the hopes that of those names, the majority would be for The Port,” he said. “This is an opportunity for our young people and everyone else to take part in a very important vote. And if folks like Renae want to see it named The Port, some of us have to do some lobbying and get others to vote for it.”

City officials have affirmed a neighborhood can call itself whatever it wants – Huron Village was branded in the late 1990s, and the real estate industry creates designations at will for marketing purposes. But there are official limitations, as councillor Craig Kelley noted that “Area IV” is used for state and federal geographic information systems. “I think we want to clarify what ability we have to change a name without confusing things over which we have no control,” he said.

Even some residents have said it would be “needlessly confusing” to have abutting neighborhoods called The Port and Cambridgeport, not to mention that one term would be applied to a landlocked section of town.

West Cambridge is not as far west as you can go in Cambridge; Strawberry Hill and Cambridge Highlands (as well as North Cambridge) are farther west.

NorthPoint is as far east as you can go in Cambridge, and nowhere near North Cambridge.