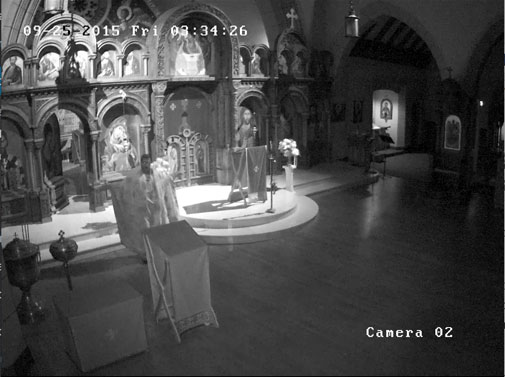 Police are looking for a man who entered the St. Sava Serbian Church early Sept. 29, dressed up as a priest and then “de-clothed” and “committed a lewd act on the altar of the church.”

The man is described as a white man in his 20s with glasses who found an unlocked, closed door at the church at approximately 3:15 a.m. Sept. 29, said Jeremy Warnick, director of communications and media relations for Cambridge police. A 24-second video shows the short-haired man wandering the ornate church aimlessly and exploring, draped in religious gowns.