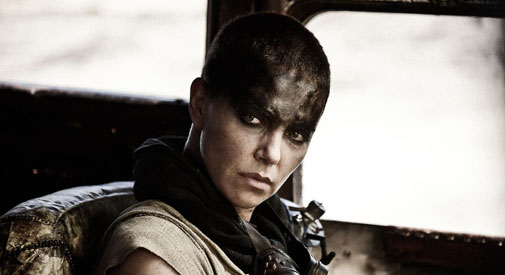 It’s been written and talked about to death, even here at Cambridge Day, but 2015 was a superb year in film. Scouring through end-of-year lists is always frustrating because unless you possess superhuman powers and don’t sleep (or are paid as a film critic full time, which, in that case, kudos) you aren’t going to see every release in even the best year. Luckily, The Brattle Theater is presenting a program called “(Some of) The Best of 2015” through Jan. 28 to help catch up. There’s plenty to love in the lineup, from personal favorite “Girlhood” to lesser-known hit “Diary of a Teenage Girl.” Here are some more must-see films coming to the theater:

It seems inarguable to say George Miller’s “Mad Max: Fury Road” was the film of 2015. Whether it ended up on your year-end list or not, there is no denying the cultural phenomenon the film became. Charlize Theron’s character Furiosa emerged as a feminist icon, with Tom Hardy (as Max) and Nicholas Hoult providing energetic support in what was ultimately her story. With practical special effects marking a return to the highs of blockbuster action films such as “Lord of the Rings” or “Alien,” the film has watchers on the edge of their seats from the high-octane start to the rewarding end. It’s truly an experience that must be seen on the big screen – witness the film as it was truly intended. Plays Saturday.

Just as monumental as Miller’s “Mad Max: Fury Road” but on a micro level, Sean Baker’s “Tangerine” has quietly been making leaps and bounds through the awards season. While there was never any real hope Mya Taylor or Kitana Kiki Rodriguez would be rewarded for their naturalistic, hilarious and moving performances in any of the bigger awards ceremonies, it’s exciting that the studio launched a for-your-consideration campaign, the first for a transgender actress. Plays Sunday.

Now officially nominated for an Oscar for Best Animated Picture, “Shaun the Sheep” was one of the more delightful under-the-radar films of 2015. While it doesn’t boast the same prestige as Pixar’s “Inside Out,” the film’s no-dialogue antics about a herd of sheep, a dog and their owner produces quite a lot of laughs as well as emotional beats. It’s a film that transcends age, and the artistry and storyline are equally fun to watch. Plays Jan. 23-24.

Horror fans had a good year overall with this and “Goodnight Mommy,” but “It Follows” is the one worth seeking out for the full theater experience. For the thrills to work, the filmgoer needs the advantage of being fully immersed in the story, away from the distractions of watching at home. Stylish, fun and a callback to classic horror in all the best, campy ways, the film is a layered must-watch for horror enthusiasts – and maybe even for those well versed on when to close their eyes before jump scares. (Hint: If the film is quiet, it’s about to get scary.) Plays Jan. 28.