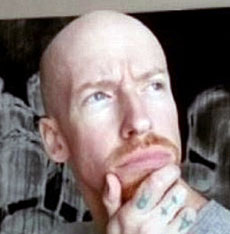 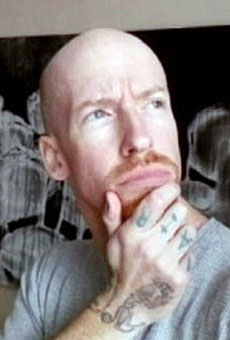 Neighbors of the apartment rented by Jeremiah Asimov-Beckingham on Third Street won’t get a chance to see the wounded veteran and British Airways executive if he returns to Massachusetts from New York. He’ll be in police custody.

Asimov-Beckingham doesn’t exist and isn’t a vet or airline exec, police say, but a career con artist known as Jeremy Daniel Wilson who went right back to work after being released Nov. 19 from a six-year stretch in prison.

Third Street residents might not be the only ones missing “Asimov-Beckingham.” Wilson, 42, also made himself known at the Massachusetts Institute of Technology, where he stole computers and a corporate credit card used to buy U.S. Army uniforms, medals, ribbons and awards, said Jeremy Warnick, director of communications and media relations for Cambridge police. And a Cambridge design company discovered fake checks totaling more than $70,000 had been withdrawn from its account at a city bank.

There’s also staff at the Boston BMW dealership, where he leased a brand-new X3 crossover worth at least $40,000, police said.

Wilson is accused of pulling similar cons in New York, where he had another apartment. “He was bouncing back and forth between both locations,”  Warnick said.

The one-month corporate lease on the apartment and car was just the start, Deputy Superintendent Steven DeMarco said. “This suspect victimized many unsuspecting businesses in the area.”

But the design firm noticed the withdrawals, leading Cambridge officers led by Detective Michael Logan to the bank where Asimov-Beckingham had opened an account, which led to the BMW dealership. “While at the dealership, detectives with the Cambridge Police received a call from the MIT Police,” who shared information about their own investigation into the laptop and credit card, Warnick said.

Police discovered that Wilson wasn’t just claiming to be a vet; he was also drawing military benefits after filing an application with a local veterans services organization, having provided copies of MRI brain scans of traumatic injuries he claimed he sustained from IED explosions, Warnick said.

Investigators in New York said Wilson told them in a videotaped confession that he “admired” Frank Abagnale, the model for the dashing con artist played by Leonardo DiCaprio in the 2002 movie “Catch Me If You Can,” according to New York media.

But he was caught by being conned himself: On Dec. 31, police in New York found and towed the BMW, telling Wilson they had it because it was evidence in a shooting – a lie meant to get him to deliver himself to police custody, thinking he was picking up the vehicle to drive it home.

When arrested Jan. 4, Wilson was carrying $24,000 in cash from the Cambridge bank, its credit/debit card, the MIT corporate card and a counterfeit California driver’s license, Warnick said.

When he was charged, Wilson – if that is his real name, police say – was wearing a Harvard Law sweatshirt.