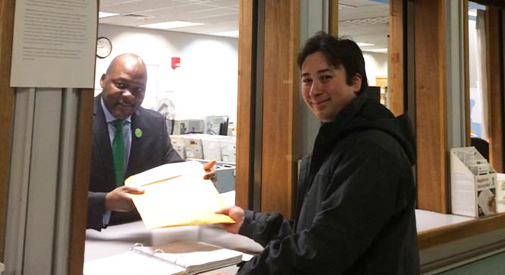 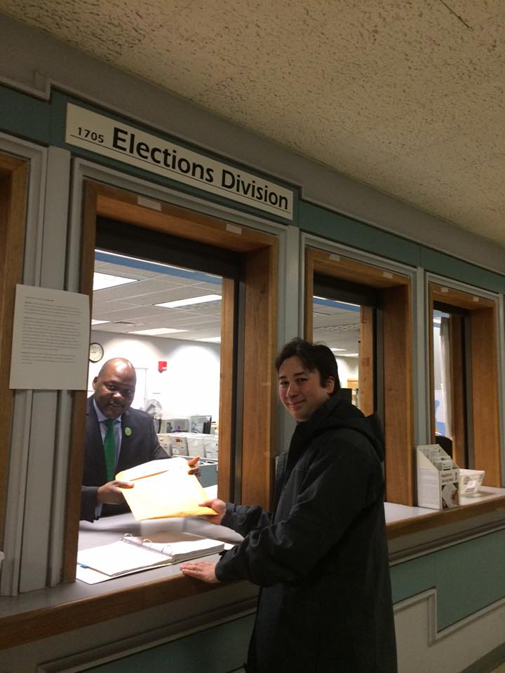 Leland Cheung files to run for the Second Middlesex District seat in the state Senate.

Restless city councillor Leland Cheung has made it official: He’s running for state Senate, vying for the Second Middlesex District held by Pat Jehlen since 2005. The district includes Somerville and Medford and parts of Cambridge and Winchester.

Jehlen, who before the Senate served in the Massachusetts House of Representatives from 1991 to 2005, announced March 10 that she was running for reelection. In her last bid for reelection in 2014, she ran against Republican Robert Cappucci Jr., beating him soundly with 70 percent of the vote. She hasn’t had Democratic primary opposition since 2005.

Cheung signaled that he knew the race to unseat Jehlen would be difficult.

“We’re going to win this campaign in the field; people are going to be shocked see me personally at their door and in awe of how visible we are,” Cheung said. “But the Beacon Hill establishment is not going to be behind us.”

Here’s how Cheung introduced his run, which has been rumored for several days:

For all that’s great about our community, we still face incredible challenges – a green line the state is threatening to let fall off the tracks, a housing market that’s pricing people out, persistent delay in the expansion of early education, an innovation economy that remains inaccessible to many, an environment in peril and a government that all too often puts the interests of big business over those of small families like ours. We have an opportunity to join together and demand that our government make the choices necessary, and take action now, to address those challenges head on. That’s why I’m running for state Senate and asking for your support.

Cheung began political life as a Republican candidate for a House district in Virginia in 2005, but found his ideology more naturally sat on the Democratic side of the aisle. After moving to Cambridge and working in venture capital, he was pursuing master’s degrees at the Harvard’s Kennedy School of Government and at the MIT Sloan School of Management when first elected to the City Council in 2009. He made attempts for mayor and an unsuccessful bid for lieutenant governor in 2014.

Cheung squeaked onto the council in 2009 with 756 No. 1 votes but swept to reelection in 2011, topping 1,974 ballots to become the night’s biggest vote-getter – surpassing the next closest candidate’s vote total by almost 20 percent – and repeated the feat in 2013. In the most recent council elections, he was seventh in terms of No. 1 ballots in the city’s form of ranked voting.

Jehlen has a similar base in Somerville, where she lives. She served from 1976 to 1991 on its school committee, including two terms as chairwoman. She also has a master’s from Harvard – in teaching.