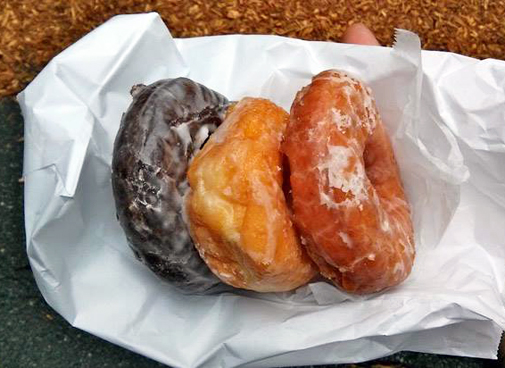 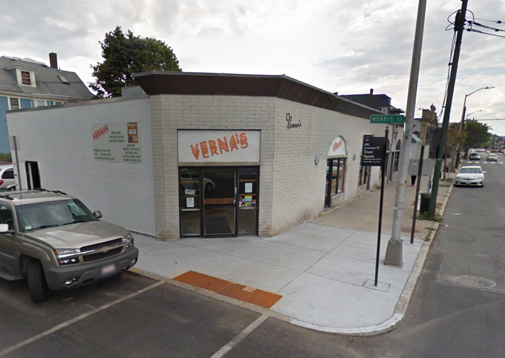 The Verna’s Coffee & Donut Shop at 2344 Massachusetts Ave. has been closed for nonpayment of rent, state officials said. (Photo: Google)

Verna’s Coffee & Donut Shop, a North Cambridge institution since 1951, is closed, property seized for nonpayment of rent, according to the Constables Office of Massachusetts.

The order to close Verna’s doors was issued March 18 in Cambridge District Court – only shortly after the shop was named one of “Boston’s 13 greatest doughnut shops” by The Boston Globe – when the owner failed to appear for a March 17 hearing over late rent. The total owed was $8,505, Judge Robert A. Brennan found, according to court records.

Verna’s said it sold 25 kinds of doughnuts and a variety of other pastry.

The Globe’s was only the latest accolade for the shop, where residents and doughnut lovers have long trekked for their chocolate, Cambridge (not Boston) Cream and especially the honey-dipped doughnuts called the “Honey Tip” in honor of Thomas “Tip” O’Neill, the North Cambridge resident and late speaker of the U.S. House of Representatives who loved them.

The fate of Verna’s was difficult to discern Tuesday; owner Richard Brunet was unreachable, and Waltham’s Carol Ravanis Rourke, identified by city assessors as manager of the property Verna’s rented at 2344 Massachusetts Ave., would give only a “no comment” about the space before hanging up. Verna’s has been a tenant since 1974.

The phone at Verna’s has been disconnected, and the shop’s accounts on Facebook and Twitter haven’t been updated since May 2014 – on the day the shop got Wi-Fi.

This is the second time Verna’s has faced death. The first time was in 2006, when Andy Stasiak decided there wasn’t enough business to keep running his family’s bakery – a Chelsea operation in the 1940s, moved to Arlington Center in 1946 and finally to Cambridge in 1951, where it passed eventually to a third generation and a battle for customers in a world dominated by chains such as Dunkin’ Donuts. City councillors were even told in 2001 that Dunkin’ Donuts wanted to buy Verna’s.

“Stasiak had tried to sell the business to a local Dunkin’ Donuts franchise owner but was thwarted by neighborhood opposition,” said Michael Brandon, clerk of the North Cambridge Stabilization Committee.

After Stasiak announced the closing in 2006, Somerville High School culinary arts teacher Brunet famously knocked at the shop’s back door and asked him to sell the shop instead, passing on the family baking secrets and satisfying Brunet’s longtime itch to run a bakery. “Continuity is important. We weren’t closed for one day,” Brunet told The Boston Globe in 2007.

The shop was said to bake nearly 900 doughnuts each morning and sell out within hours, and Brunet added items to the menu after taking over, in addition to expanding wholesale operations and, in 2014, adding delivery. But its fortunes may have waned again – just as flashy gourmet bakeries such as Somerville’s Union Square Donuts has a hard time keeping items such as maple bacon and sea-salted bourbon caramel doughnuts in stock.

That city’s Davis Square is awaiting the opening of its own doughnut and bagel shop. It too will have “a specialty, gourmet doughnut” and “top-of-the-line coffee,” baker and restaurateur Kyriakos Kouzoukas told Eater’s Jacqueline Cain in August, referring to his Davis Square Donuts and Bagels coming to 377 Summer St. – about a half-mile from Verna’s.

Brunet was asked to vacate the premises in early February, when he owed just $4,950 for rent for that month and January. “The reason the landlord wishes to end your tenancy is because you have poor rental payment history,” attorney James K. Ferraro wrote Feb. 2.

This story was updated April 9, 2016, with added details about court findings and rent payment troubles. Research assistance was provided by the North Cambridge Stabilization Committee.