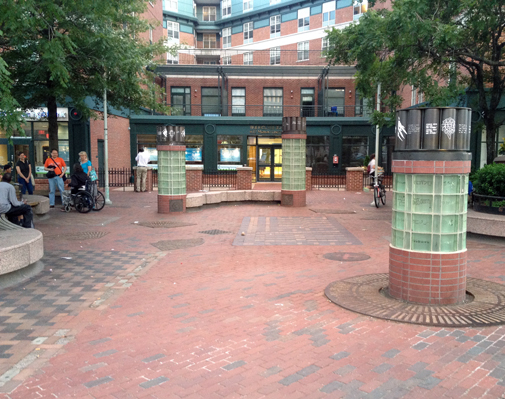 A peek at long-awaited recommendations to improve Central Square arrived Monday before the City Council, only to be sent back to city planners with the complaint that a lack of specific completion dates made them less than useful in discussions.

Many of the items in the 17-page rundown of issues and progress on solutions, ranging from redesigning Carl F. Barron Plaza to deciding whether to tear down or add to the Green Street Garage, are labeled as being either on a short-, medium- or long-term schedule, but all came from a years-long process that ended in 2012, called K2C2 because it included nearby Kendall Square as well as Central Square.

“We’re talking about plans that are years and years old, and we’re kind of itching,” said vice mayor Marc McGovern, who made the motion to send the report back for more specific dates. “It doesn’t help me much to go to a business person and say ‘That’s a short-term goal’ and they say, ‘What does that mean?’”

At the request of councillor Nadeem Mazen, the parts of the C2 plan that didn’t need to be written into city zoning law was sent for action in his Neighborhood and Long Term Planning, Public Facilities, Art and Celebrations Committee. The parts that need zoning could be sent to the Ordinance Committee when the council reconvenes Aug. 1 for its only meeting in the next two months.

But McGovern called for definitive action on the aging set of proposals.

Public comment from two residents who had taken part in years of meetings to define the needs and wants of Central Square was harsher, with landlord Patrick Barrett calling the Community Development Department’s report “inadequate” and asking for the C2 recommendations to be implemented by the end of the year.

“I want the studies to end. We have three decades of studies of Central Square, with nothing to show for it,” Barrett said.

It did not impress Barrett, who rejected items such as the reconstruction of Western Avenue as having little to do with the square itself and calling the list padded by the city “claiming responsibility for the actions of the private sector” – what city officials refer to as having been all along “intended to be implemented through a combination of the work programs of relevant city departments partnering with the Central Square Business Association, local businesses and residents over several years.”

Concerns about the disappearance of signature events such as Riverfest, the Taste of Cambridge and the Cambridge Jazz Festival were addressed by City Manager Richard C. Rossi, who explained that neither Riverfest nor the Taste of Cambridge began as Central Square events or were intended to remain so. Riverfest was headed back to the banks of the Charles after being displaced by construction, and the food event began in Harvard Square and had always been meant to travel from one neighborhood to the next. “We encourage as many events as we can in Central Square and will continue to do that,” Rossi said. “We have gone out of our way to do whatever we can to encourage events.”

He welcomed ideas for the square to replace the events. “How do you know I’ll say no until you bring me the ideas?” Rossi said. “I’m constantly challenging the cultural planners of the square to come up with things [but] I need the initiative to come from the Cultural District and Business Association, et cetera.”

As host to a large number of social services such as a needle exchange program for users of hard drugs, Central Square has a unique challenge in balancing the presence of the homeless and addicts with being a vibrant, friendly place to spend time and money, McGovern said – and, as such, deserved “extra attention” rather than for improvement plans to go missing for months at a time, especially when work such as remaking Barron Plaza might take three to five years. 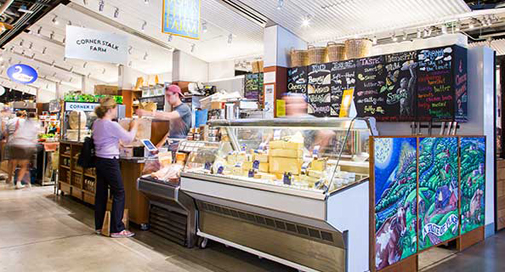 Rossi also offered a couple of details on the future of the square that weren’t included in the report seen Monday:

The 24-hour, free public toilet demanded as part of the city’s second participatory budgeting vote will likely be placed at the Western Avenue end of the square, and the developers of the Mass+Main apartment and retail complex expected to open in the fall of 2019 are in talks to host a second public toilet at the Lafayette Square end.

A public market of retail goods long talked about as part of an improved Central Square should be understood to have the term “affordable” attached, based on Rossi’s visit to a recently opened model market in Boston. “I don’t think it’s something the people of Central Square are going to love, paying $11 or $12 for sandwiches,” Rossi said. “We have to think of the local economy and what people can afford. We have to [make] a public market that serves the community versus a tourist attraction public market.”