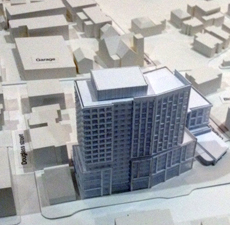 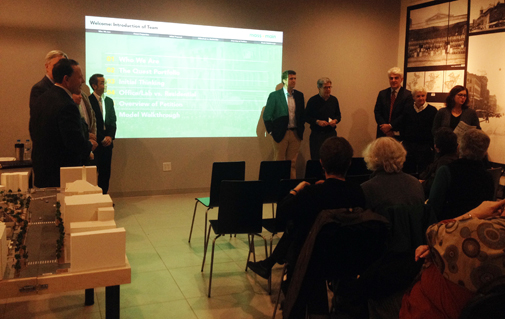 Developers and designers of the Mass+Main project hold an open house for residents Dec. 3, 2014. A second round of open houses could begin next month. (Photo: Marc Levy)

Construction on the Mass+Main apartment complex won’t start in Central Square for another year, but it’s coming with even more housing than expected, with more affordable housing to match.

If the developers get their special permit, construction would begin in summer of 2017 and last for two years, with Mass+Main apartments ready for move-in during the fall of 2019, said Tina Cassidy of the firm Inkhouse, which is handing publicity for the project.

And there should be some 260 or more apartments in the final version of the complex, looking to be at least 12 percent more than the 232 promised when the City Council passed zoning in May to accommodate the project. The expectation is for that to include “more affordable housing,” Cassidy said Thursday, after consultation with the developers.

Update on July 11, 2016: The number of apartments was given as 270 in a mailing from Twining Properties, which mentioned replacing a garage discussed below with a four-story building holding “25 to 30 units” and raises the number of affordable- and middle-income apartments to 54 from 46.

In May, residents heard that 47 of its 232 available units would be rented below market rate. If that proportion holds true, when Mass+Main opens there will be at least 53 units in that category.

The approved zoning allows for a tower as high as 195 feet overlooking Jill Brown-Rhone Park. Plans by developers Twining Properties and Normandy Real Estate included some open space, ground-floor retail space and a potential seasonal public market; in a neighborhood-friendly move, the retail would allow in no banks or financial institutions and set aside at least a quarter of the space for “independent and local retailers.” They further delighted some residents and councillors by raising a commitment of affordable units and middle-income housing to 20 percent of the total units; many other developers have used a formula that results in 11.5 percent of units renting for below market rate.

At Mass+Main, 17 percent of units are to be rented at rates considered “affordable” and 3 percent at rates designed for middle-income households; 10 percent of the total are to be set aside as three-bedroom units that would appeal to families.

But the old, empty Quest Diagnostics campus of 2.3 acres, which cost the developers $32.4 million in December 2012, still stands. The developers have been meeting with councillors and residents and preparing designs to submit to the Planning Board in late summer or early fall in pursuit of the special permit needed for construction, Cassidy said. In addition, Normandy no longer holds an interest in the site, said Scott Cianciulli, a spokesman for the company.

Mass+Main plans include three changes, all meant by the developers to conform with the zoning won in May and all tentative in terms of number of units. “They’re working with CDD to figure it out,” Cassidy said, referring to the city’s Community Develop Department, on such changes as: 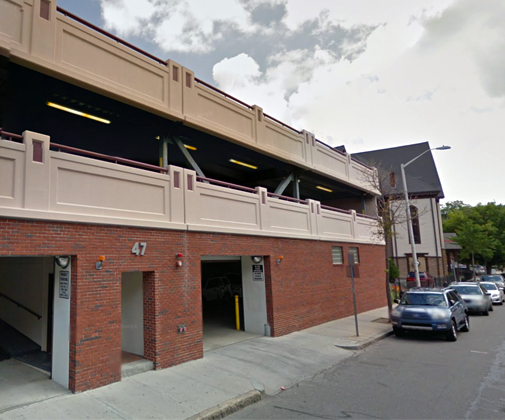 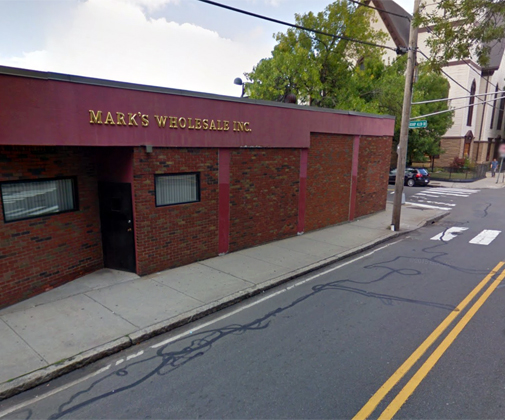 The parking that is eliminated with these additional projects will be move underground, all at a rate of 0.5 spaces per apartment built. The City Council is exploring the idea of adding parking levels to Central Square’s Green Street Garage, but residents who have met with the Mass+Main developers say the possibility has been raised of municipal spaces being added to the underground structure, now estimated to be 95 spaces on two levels.

The presentation of these designs to the Planning Board as soon as July starts a 60-day clock, Cassidy said.

An early Mass+Main model shows a parking garage in the upper left that now may become housing. Another potential building site is shown as blank, toward the upper right.

The changes will also be explained in a new website with technical materials and an upcoming round of open houses for neighbors. Those should come next month or, if it’s decided too many people are out of town, as late as September – but residents should expect to see the building’s true proposed design shortly after the Fourth of July. (Renderings and models shown in pursuit of winning the Mass+Main zoning were merely conceptual designs to visualize “density and how tall it could be or different forms it could,” Cassidy said. “The building hadn’t really been designed.”)

“We in the Cambridge Residents Alliance are trying to keep an open mind, while we continue to push for the best outcomes for affordable housing and retail,” said Nancy Ryan, chairwoman of the Cambridge Residents Alliance, one of the community groups that has met with the developers. “These changes, however, do not allay our central concern: that the agreed-upon 20 percent below-market apartments do not compensate for the increased land prices and rents that inevitably result from 80 percent luxury-priced units, many of them likely micro-units and studio apartments.”

While Ryan said her group was “uncomfortable with the height and density” of the project and its potential effect on the surrounding community, “some of the city’s largest communities of people of color, immigrants and individuals and families raising children on modest means” her report had the slightest tinge of optimism.

The presentations by Twining and company vice president Bob Flack “hold some promise,” she said.

This post was updated June 21, 2016, to clarify Normandy’s ownership status in the Mass+Main project.