‘Morgan’: Adults won’t enjoy the acting out when their superhuman girl gets grounded 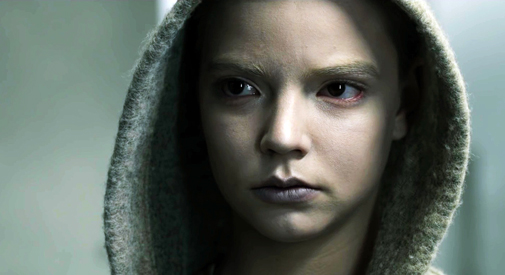 ‘Morgan’: Adults won’t enjoy the acting out when their superhuman girl gets grounded

It won’t be the movie you talk about for the rest of your life – it’ll probably be forgotten the next day – but “Morgan” makes for fine summer entertainment. It’s the equivalent of a beach read for those who prefer dark, cool cinemas instead of sun and sand, and action-filled science fiction instead of relationships and romance. 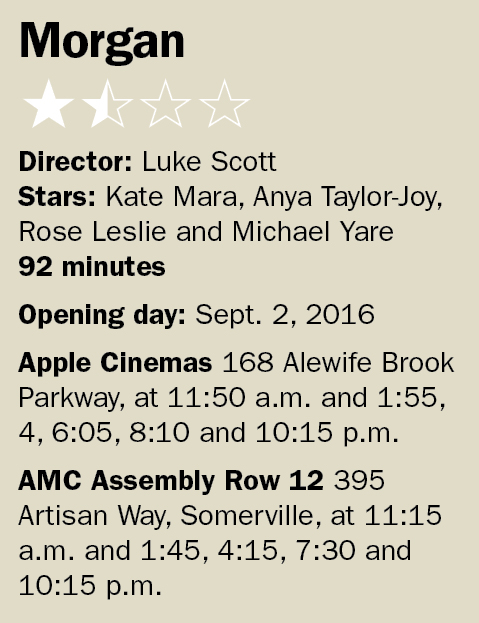 Treading somewhere between last year’s “Ex Machina” and “Hanna,” the Saoirse Ronan film from 2011, “Morgan” takes us to a remote scientific facility where a corporation has been field testing a partly human girl (played by Anya Taylor-Joy, from “The Witch”) who looks like a gawky 16-year-old but has been alive – the word still counts – for only five years, with the strained emotional capacity to match. When her permission to roam the grounds is revoked, she has a tantrum, but with an unthinking strength that causes permanent damage to a caretaker. That brings a company risk-management consultant (Kate Mara) who must decide whether to let Morgan go on living.

There are ominous notes and portentous references that count variously as red herrings or foreshadowing, and the movie makes much of the dysfunctional, paranoid and altogether suspicious bunch of character actors (including Toby Jones, Jennifer Jason Leigh and Michelle Yeoh) populating the compound. It’s the job of Mara’s wary corporate executive-cum-assassin to sift their loyalties in increasingly worrisome circumstances, and the arrival of Paul Giamatti as an aggressive psychologist reshapes the situation yet again.

“Morgan” doesn’t have the conceptual heft or emotional control displayed by director Alex Garland in bringing to life the Oscar-nominated “Ex Machina” – the director here is Luke Scott, who has only one short film and a TV credit on his résumé – and it suffers some jarring transitions and tonal issues. (There’s one intensely emotional moment with Rose Leslie, of “Ya na nawthin, Jawn Snah” fame on “Game of Thrones,” that elicited spontaneous and inappropriate laughter in our audience.) But just as the Morgan we meet in the film is more than she seems, the “Morgan” we watch in the theaters is a bit less than we hoped.

The film turns out to be nothing more than a good, pulpy ride. But in the waning days of a hot summer, when the beach might be too hot and getting tiresome, that’s not such a bad thing.