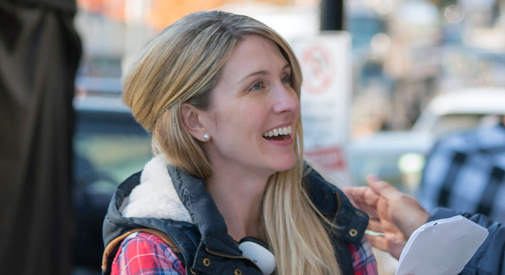 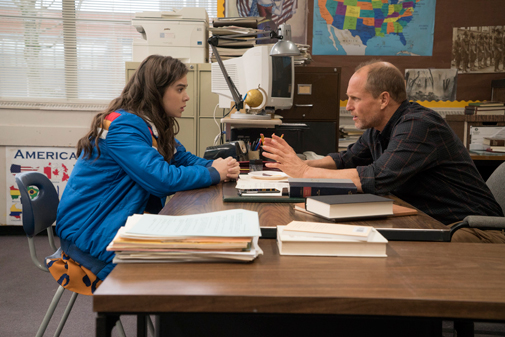 Hailee Steinfeld and Woody Harrelson in “The Edge of Seventeen.”

In just her second feature film, “The Edge of Seventeen,” director and writer Kelly Fremon Craig has made one of the greatest coming-of-age films of the past 20 years. Fremon Craig, just 36, has spent her life in California – first in Orange County, where her time off during college was spent performing comedy and poetry, and then in Hollywood, where an entertainment industry internship led to scriptwriting. An avowed fan of John Hughes and mockumentary genius Christopher Guest, she researched teens’ lives intensively in writing “Edge” and emerged with a story packed with nuance, heart and humor that portrays her characters at their worst, but also at their warmest and most enlightened. No characters ends the film the same as how we met them, and just about all manage to surprise the audience. The teen films that live on are the ones that knew just that, reflecting who we were then and who we desperately wished we could’ve been.

We talked with Fremon Craig briefly about her experiences writing and directing the film, as well as how she cast the film and captured her characters’ rich chemistry. The conversation has been edited and condensed for publication. 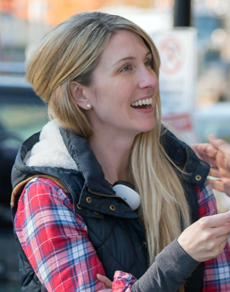 ou’ve said in past interviews that  the casting process for protagonist Nadine Byrd was intensive and long, but you knew Hailee Steinfeld was the right choice right when she auditioned. Why?

“She just brought such a sense of life in all the in-between moments. Following every impulse, reacting to everything going on. She fully embodied the character. The other thing she got so into was the physicality of the character, the natural physicality of Hailee vs. Nadine – and the difference couldn’t be any larger. Once I had the script [shot] I could just give her a ‘one for you, Hailee’ take where she could just play.”

What was your experience with Woody Harrelson, who played her teacher and his dynamic with Steinfeld’s Nadine?

“What he did so well is, so many times he’s just quietly listening. I believe the sign of a true master is the way they listen, and he was just always so present. I loved the way we could tell he was fed up with [Nadine] but also cared about her.”

This is the second film you’ve written but your first directing gig. What’s your takeaway from the new role – do you see yourself continuing to both write and direct your films?

Did you go into the project knowing you wanted to direct?

“I always knew this was one I could be able to bring to life on screen. The tone is such a balancing act of comedy and drama and moving between the two. Personally, I like to explore difficult issues through comedy. It’s how I approach something dark.”

True – beyond the laughs Nadine inspires, she’s also burdened with a deep self-loathing and grief. Where did you find the confidence that you were getting the details right?

“At that age everything is just very complicated – it’s painful and a complex experience. I did a lot of interviewing teens before I wrote the film. I asked them a lot of personal questions.”

“The Edge of Seventeen” continues to screen at Apple Cinemas in Cambridge and at Assembly Row in Somerville.