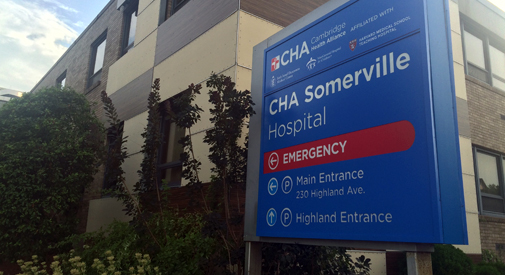 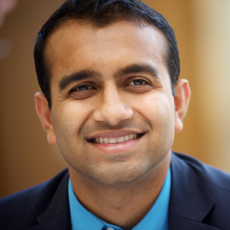 Dr. Nikhil Patel, one of the authors of “A Letter to our Patients in the Trump Era.”

It started small. A handful of doctors-in-training at Cambridge Health Alliance wrote “A Letter to our Patients in the Trump Era” shortly after Donald Trump was elected president. Saying Trump’s proposed policies might threaten their patients’ well-being, they promised to uphold principles such as the right to health care, respect for women’s right to choose, repudiation of torture and care for undocumented immigrants.

They posted their letter on the Internet. Now, about a month later, at least 6,000 other medical professionals from across the country have signed it: 6,261 as of Wednesday.

“We felt like we had a duty to say something,” Dr. Nikhil Patel, one of the authors, told WBUR last month. “And not in a vitriolic way, but in a firm way, that this is what we believe, and that’s not going to change, regardless of the political administration.”

The viral success of the letter has brought national attention not only to the doctors but to the Alliance – and that appears to be making the health care system’s top brass both proud and a little nervous.

Joshua Posner, vice-chairman of the systems’ board of trustees and a developer of affordable housing, told fellow trustees glowingly about the letter and its reception at the monthly board meeting Tuesday, encouraging some recognition from the board for the doctors, who are serving their residency at the Alliance. Trustees asked Chief Executive Patrick Wardell if officials had known about the letter in advance. “Honestly, it came as a surprise,” Wardell said.

He went on to say that he and the Alliance’s director of medical education will meet with two leaders of the residents group to make sure it’s clear that they don’t speak for the Alliance as an organization. It might be a subtle distinction, because many of the doctors working at the Alliance are there because of its dedication to serving the poor and groups such as undocumented immigrants. In fact, Posner, in a statement read at last month’s trustees meeting, said Trump’s election fosters “a challenging and worrying time for our community, especially for immigrants and marginalized people at the heart” of the health care system’s mission. The Alliance’s Twitter feed retweeted the WBUR report on the letter with no opinion expressed, similar to other CHA posts about mentions of the Alliance in the press.

The Alliance is the second largest safety-net hospital in the state, caring for more low-income and uninsured patients than any other hospital except Boston Medical Center.

“We want to make sure we’re speaking with clarity about what our voice is,” Wardell said, referring to the Alliance. At another point, he said: “How public do we want to be with our views on social justice?” – a suggestion that, as the only public acute-care hospital in the state, the Alliance might be vulnerable to funding cuts.

Language in the letter has already caused some controversy. When the statement was first posted on Medium.com, a blogging and publishing site created by two founders of Twitter, it did not mention abortion explicitly in the section on women’s health, the doctors said in an explanation with the post. The version now on the site does include abortion as an option for women.

“We, the original authors, would like to confirm our support for the right to choose abortion, but we understand that some of our co-signers may disagree, even as they affirm the core beliefs we outline here,” the doctors said. It offered to remove names of signers on request.

Even before the election, the doctors and the group they created, the Social Justice Coalition, won attention for helping patients in the hospital vote. Co-founder Jennifer Adaeze Okwerekwu, a psychiatry resident and former journalist, wrote a column in The Boston Globe’s health and medical publication Stat describing how the group found out that people hospitalized within five days of the election can request an absentee ballot. The article said doctors in the coalition were worked to get ballots to their hospitalized patients who wanted one.