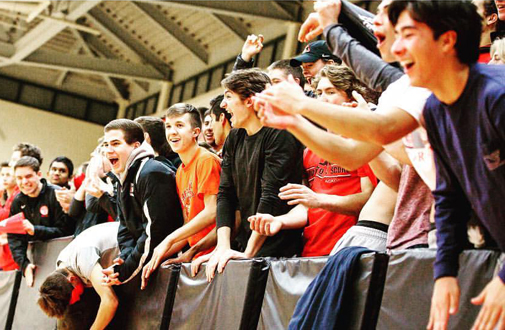 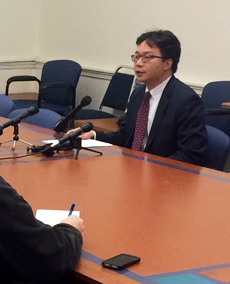 Cambridge’s response to a recent rash of hate speech has drawn praise from the New England branch of the Anti-Defamation League, especially as incidents proliferate at schools – at least one of which has followed a less open approach.

Five examples of hate speech appeared at Cambridge Rindge and Latin School in early December, following an incident at Vassal Lane Upper School in November and leading to a press conference led by school district Superintendent Kenneth Salim. Brookline has also been afflicted, but the most recent example came Wednesday, when administrators in Framingham canceled the hockey season for Keefe Technical School and Marian High School because of “a pervasive climate” of hate.

“No school is immune from hate and bias incidents,” said Robert Trestan, regional director of the New England branch of the Anti-Defamation League. “What is important is how do people come together and how do they respond when something happens, and what lessons do they take away.”

“It’s critical that the leadership in the school take the incident seriously from the outset, and taking it seriously means communicating it out, and being transparent with both students, faculty and parents,” Trestan said. “It means investigating what happened, and making a determination what the outcome should be from the specific incident, and then looking at it from a long-term perspective. Why did this happen? And what do we need to do within our community to use this as a learning opportunity to prevent this from happening again?”

As part of their response, school administrators from Cambridge, Brookline and Marion had been in touch with the ADL, Trestan noted. But one town’s hate speech incident has so far been explained only by word of mouth. 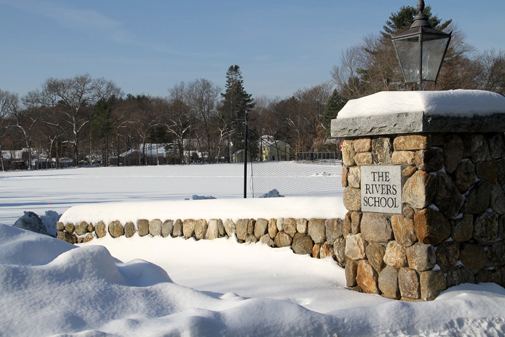 A group of students at the Rivers School in Weston participated in hate speech on campus in November, resulting in disciplinary action for three students, controversy within the community and promises of a schoolwide response in the new year – some two months later.

The incident took place during a lunch period in the week leading up to the highly contentious presidential election. Eleven students were in attendance at what a source calls a self-proclaimed “libertarian” group meeting.

“In the course of random discussion around politics, some students made offensive comments and drew hate symbols on the board,” said school spokeswoman Karen Schwartzman in an emailed statement.

Schwartzman, who runs Polaris, a public relations firm specializing in crisis management, confirmed that among these symbols and comments were a swastika and remarks about a fellow student’s immigration status.

She declined to clarify why only three of the 11 gathered were suspended, beyond writing that “those whose conduct was deemed to be so offensive as to merit suspension were suspended.”

The school concluded that the students were not part of any formal organization. “To our knowledge, this was the first of any such gathering,” Schwartzman said.

The Rivers School is a private school for students in grades 6-12 in Weston. It costs $45,590 a year to attend the school, where more than 80 percent of the 490 students are white.

Rivers parents received a single communication on the incident, an email sent Nov. 14 – two weeks after it occurred. In it, Head of School Ned Parsons referred to “an incident that took place on our campus two weeks ago, which required a strong response from the school.” The message gave no details, but suggested the episode was “in conflict with and violates our community standards of inclusivity, equity, and respect for all.”

“Our students are not immune to the influence of the reality beyond our campus,” Parsons wrote, alluding to tensions surrounding the election.

Some parents considered the email vague, minimal, and delayed, but Schwartzman said the school’s outreach to parents came “as soon as its investigation and disciplinary process had been completed. Our letter to parents was sent to reassure them that steps have been and/or are being taken to address the matter in a comprehensive and lasting way, while also respecting the confidentiality of the school’s established disciplinary process.”

Students were also told of the incident Nov. 14 as part of a regularly scheduled all-school meeting, but similarly did not hear specifics. At a subsequent all-school meeting held Nov. 28 – the day the disciplined students returned – Parsons again spoke of the incident without sharing details. He described next steps the school might take, saying that the school was in data-gathering mode, but officials hoped to have a multi-pronged response in place after winter break ends Jan. 4.

Schwartzman said the response has involved administrators and members of the school’s board of trustees meeting with local organizations “to facilitate educational programming around issues of inclusivity and the shared responsibility of maintaining a positive school culture.”

One such organization is the Brookline-based Facing History and Ourselves, Parsons said at the Nov. 28 meeting. Administrators at Rivers interviewed this firm while considering options for the school’s response. The organization’s mission, according to their website, is “to engage students of diverse backgrounds in an examination of racism, prejudice and antisemitism in order to promote the development of a more humane and informed citizenry.”

Additional measures the school is weighing include “curriculum enhancements, workshops, conferences, and speakers” aimed at ensuring faculty and students know how to have “productive conversations about these issues.” Schwartzman suggested that the school intends to use “this incident as a learning opportunity for the disciplined students as well as for the community at large.”

Some members of the Rivers community remain upset over what they consider a mishandled response. A source who spoke on the condition of anonymity said that some students and parents had hoped for more transparent communication and a swifter and firmer reaction.

One factor that may account for the varied responses across Greater Boston schools may relate to whether a school is public, such as in Cambridge, or private, such as in Weston. “A public school system is not like one school, where Rivers is one school, one campus, and parents are paying a tuition to send their children to that school,” Trestan said. “The educators and the leaders in that school environment are going to be held accountable by the parents and the board in a different way than public educators are.”