‘Hidden Figures’: Helping win a space race as America holds them back for their own 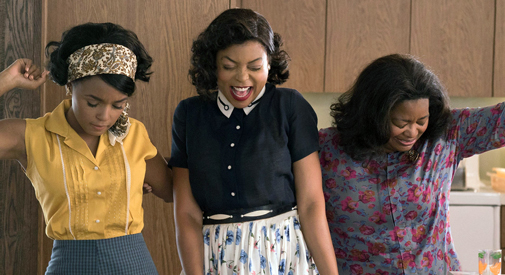 ‘Hidden Figures’: Helping win a space race as America holds them back for their own

One of the best films of 2016 (yes, it opened in New York City and Los Angeles a few weeks ago as part of awards season’s annual bait-and-switch shenanigans) happens to be a sentimental crowdpleaser that, for all its potential schmaltz and didactic pitfalls, maintains an incredibly poignant balance especially when it comes to matters of race – and there’s plenty of them; “Hidden Figures” is about three African-American women employed as engineers and mathematicians by NASA during the first space launch, just as Martin Luther King Jr.’s historic push for Civil Rights was gaining its groundswell. 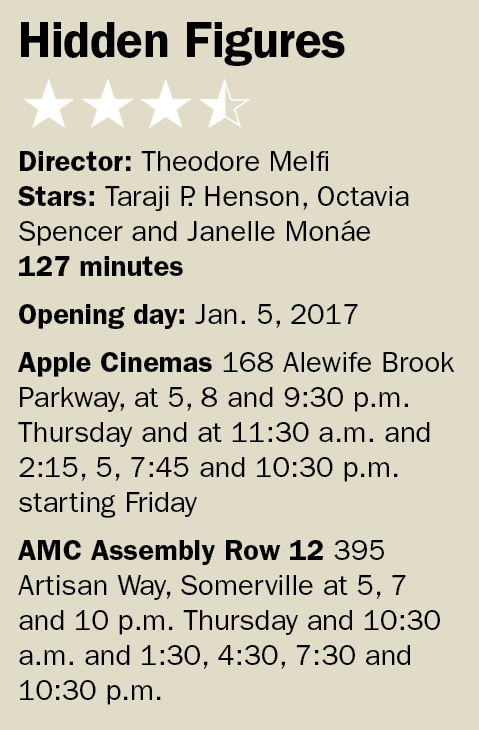 It’s not a widely known bit of history, but Katherine Johnson (Taraji P. Henson), Mary Jackson (singer Janelle Monáe, successfully doubling up as an actor) and Dorothy Vaughan (Oscar winner Octavia Spencer, killer good) toiled for NASA during the Mercury space program as engineers and computers – mathematicians doing the technical legwork before Big Blue dropped its first mainframe – and proved critical in getting John Glenn up and into orbit. One of the film’s most telling – and touching – moments comes when Glenn (Glen Powell) meets Johnson during a technical assembly of scientists and mucky-mucks where she’s not only the only woman or person of color in the room, but the only one able to solve complicated flight variables mathematically. Later, when there’s a snag in the mission and the reentry point needs recalculating, he asks for her aid, referring to her simply as the “the smart one.”

That’s the degree of quiet dignity the film maintains, letting the reality of segregated Virginia (see the more subtle and under-revered “Loving” to get a more brutal sense of the law and its effect during the time) be that bigger lurking thing out there. The three get confronted by a police officer in the opener, but it’s a more comedic human moment than what was typical of the times; even at NASA’s command center in Langley, where their contributions were so critical, they had to use the non-white restrooms – something that gets Johnson in hot water as she has to sprint across the complex to another building to find the nearest segregated loo, and something that drives her boss and program head Al Harrison (Kevin Costner, breathing compassionate righteousness into the role) sledge-hammer angry, culminating in a scene that should galvanize audiences of all hues.

Not enough can be said about the effort Henson, Monáe or Spencer put in. The three have impeccable chemistry and build their characters from the ground up, indelibly. The immersion into the oppressive milieu and the souls of these women, who were not only groundbreakers but American heroes, is deeply palpable and genuine. Henson bears the greatest burden, and while her Johnson is the quiet one, she’s never overshadowed by Monáe or Spencer.

Director Theodore Melfi – relatively new to the scene with “St. Vincent” his most major accomplishment to date – also co-wrote with Allison Schroeder from the book by Margot Lee Shetterly, and wisely dials in on character and the way these gifted women soldier on despite the inhumanly restrictive gender and race climate. Kristin Dunst and Jim Parsons play NASA middle managers who, while doing their jobs, embody the complacent racism that pervaded the times. It’s a sharp, subtle reminder, and well-laid. The tenor of “Hidden Figures” is uplifting but, rightfully so, should evoke a moment of shame for all as well.