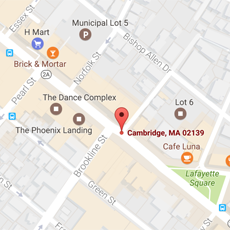 No suspect has been identified in a stabbing that sent a Haverhill man to the hospital early Sunday with non-life-threatening injuries.

The incident took place at around 12:30 a.m. Sunday in Central Square, beginning as an argument among two groups attending a rap show at a music club on Massachusetts Avenue, said Jeremy Warnick, director of communications and media relations for Cambridge police. A “large” physical fight ensued outside, with punches flying, and during this time, the Haverhill man was stabbed in his back, shoulder and forearm.

Officers arrived to break up the fight, finding the victim already stabbed. Officers spoke with witnesses and involved individuals, Warnick said, but as of Sunday afternoon a suspect had not been identified. The stab victim was treated and taken to a local hospital, where it was expected he’d be released Sunday morning.

An investigation into the stabbing is ongoing, Warnick said.

It’s the most violent outcome of nightclub tensions since the summertime closing of Monroe at 450 Massachusetts Ave., nearby in Central Square, after it faced a seven-day suspension and the loss of two crucial nightlife hours – from midnight to 2 a.m. – as License Commission punishment for three recent incidents: On June 9, a woman was tasered during a fight, and on June 12 there was a shooting outside the club that injured a bystander in the foot. At a commission hearing in October, the Monroe liquor license went to a restaurant called La Fabrica, whose principals (including former vice mayor Dennis Benzan) hoped to take over the Monroe space.

Still, violent crime continues to trend downward in Cambridge to its lowest levels since 1963, according to a report released in December by police. Violent crime is down by 6 percent from 2015, when there had been 299 incidents compared with last year’s 280 at the time the report was released. Comparing violent crime in 2016 with the five-year average was more dramatic – it showed a 15 percent drop from an averaged 331 incidents.

Looking only at violence similar to the Sunday stabbing, “there have been 25 fewer aggravated assaults counted through Dec. 26, 2016, than in the same time period of 2015, and 40 incidents below the projected five-year average of 201 crimes for the first 361 days of the year,” the report said.

Aggravated assaults are down more than 45 percent in Central Square when comparing July through Dec. 26 of 2016 with the period in the previous year, with the past six months including six incidents considered related to bars or alcohol. There was also six domestic assaults in the area, three incidents relating to the homeless, two psychotic episodes and five “unprovoked incidents,” police said.