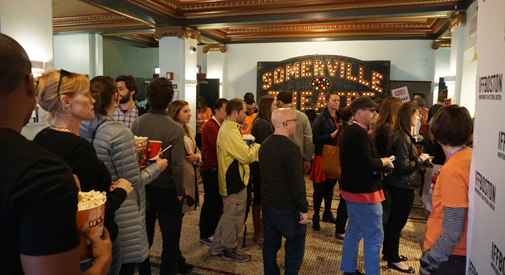 The 15th annual incarnation of the Independent Film Festival Boston, running Wednesday through May 3, offers another embarrassment of riches. The festival, an indie-film fan crowd-pleaser, serves up an eclectic assortment of short-film packages (narrative and documentary) and a vast selection of documentaries (28 of them) and narrative flicks (24 of them).

Kicking off the festival is the documentary “Stumped,” (7:30 p.m. Wednesday at the Somerville Theatre) based on director Robin Berghaus’ short film of the same title, which ran at the festival in 2014. Both follow Will Lautzenheiser’s spiritual and physical journey after having his arms and legs amputated – a suitable beginning film for this year’s festival, which bears the theme “It Stays With You.” Certainly between the personal and sometimes painful documentaries and narratives looking deep into relationship woes, many of the chosen films with linger past the closing credits. 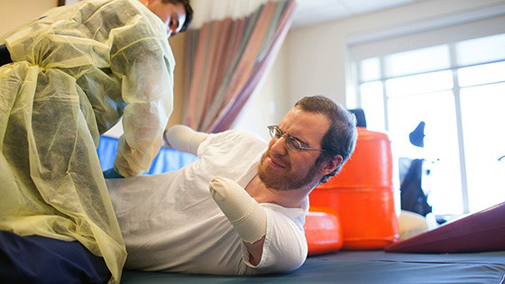 Will Lautzenheiser in “Stumped.”

Buzzy films such as “The Incredible Jessica James,” “Patti Cake$,” “The Hero,” “Beach Rats” and “City of Ghosts,” which have already made festival debuts this year at SXSW, Sundance or the Tribeca Film Festival, arrive as must-watches for festival goers. (In particular, debut director Geremy Jasper’s New Jersey rap drama “Patti Cake$” received great reviews. It plays at 7 p.m. Thursday at The Brattle.)

For those in need of a good tearjerker, the documentary “Letting Go of Adele” mixes animals and life-threatening conditions as one woman needs to work through letting go of her retired service companion. The film, directed by Melissa Dowler, will play at 4:30 p.m. Sunday at the Somerville Theater – with Dowler expected to be on hand.

“Columbus,” starring John Cho, has been getting quiet buzz and looks as if it could be a strong showcase for an often pushed-aside actor. The film follows Cho’s character as he travels home on account of his father’s deteriorating health and, while there, builds a connection with a local girl played by Haley Lu Richardson (who made an impact with last year’s “The Edge of Seventeen”). It screens at 7:45 p.m. Thursday at the Somerville Theatre.

The last two nights of the festival will see only only three films screened, but they’re all must-sees. The first is “The Trip to Spain,” the third in “The Trip” installments starring Steve Coogan and Rob Brydon as adaptations of themselves. The prior films, also directed by Michael Winterbottom, have been subtle delights; the third looks to put the trilogy in the ranks of Richard Linklater’s “Before” series. It screens at 7 p.m. Tuesday at the Coolidge Corner Theatre.

“Landline,” bringing back the team of actress (and Massachusetts native) Jenny Slate and director Gillian Robespierre from “Obvious Child,” screens at 9:30 p.m. Tuesday at the Coolidge Corner Theatre. Taking a step back from the millennial friendly rom-com trappings of “Obvious Child,” this is a family drama/comedy cocktail focusing on two sisters as they investigate whether their father is having an affair.

For closing night there’s “Band Aid,” directed by Zoe Lister-Jones and premiering at 7:30 p.m. May 3 at the Coolidge Corner Theater. A musical comedy following the relationship between Anna (Lister-Jones, who will be at the screening) and Ben (an on-the-rise Adam Pally), the film is the first-time feature from the director and sounds unlike anything else premiering at the festival this year.