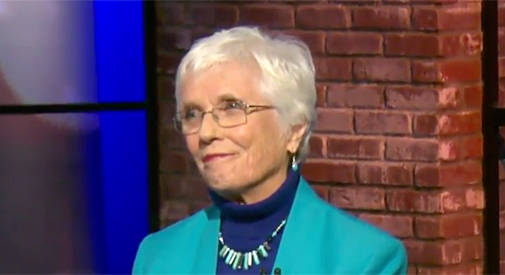 A bill to expunge the criminal records of people arrested for marijuana possession has been time-consuming for state Sen. Pat Jehlen, who not only presented it, but chairs the Joint Committee on Marijuana Policy hearing it. “A lot of people are interested in it. Hundreds of people have come to our hearings, and we have had more hearings than anyone else so far,” she said.

The need for such legislation has built over decades. Between 2001 and 2010, there were 8.2 million marijuana-related arrests in the country, 88 percent of which were for simple possession, according to the American Civil Liberties Union; statewide, there were 616 arrests in 2014 after criminal penalties were eliminated for the possession of an ounce of marijuana or less.

Jehlen’s bill, which was referred to the on marijuana policy committee in January, applies only to those charged with possession – not to dealers.

“There are other harms aside from the harm to the individual doing drugs,” said Jehlen, a Democrat representing Cambridge and Somerville in the Second Middlesex District.

Holyoke Democratic State Rep. Aaron Vega, also on the committee, explained that people “can’t move on with their lives” after getting arrested, jailed or put on probation for even minor drug offenses. “When they pay their time, they are still being persecuted,” he said. “We don’t want to see people trying to change their lives [get] left in limbo.”

If Jehlen’s legislation passes, people held back professionally by prior marijuana-related charges or convictions can respond “no record” on employment applications.

If asked by a potential employer about a criminal record, committee testimony has shown, “there is no good answer to that except for ‘no,’” Jehlen said.

What Jehlen calls “differential enforcement” results in arrests against ethnic minorities at three to four times the rate as in white communities, where drug transactions are less likely to take place in open, public spaces. A report released by the ACLU, “The War on Marijuana in Black and White” found that in 2014, African Americans in Massachusetts were 3.3 times more likely to be arrested for the possession of marijuana than whites. “Crimes for the possession of marijuana disproportionately affect minorities who cannot get jobs or live in public housing” after an arrest and criminal record, Jehlen said.

Law enforcement focus on marijuana is also a distraction from the opioid crisis, she said. Committee research shows most people stop smoking marijuana by the time they are 25 and that where medical marijuana is legal, prescriptions for opioids drop. “Pot is not a gateway drug – what is a gateway is buying it from an illegal source,” she said. “Alcohol is more of a precursor to other drugs.”

Jehlen’s bill also requires local law enforcement officials or staff reach out to those with marijuana possession records to let them know the incident can be expunged. It “tells the criminal justice community to find the answer,” Jehlen said.

The bill would have minimal impact in Cambridge. “We have had very few cases since marijuana was originally decriminalized in 2008,” said Jeremy Warnick, director of communications for Cambridge police.