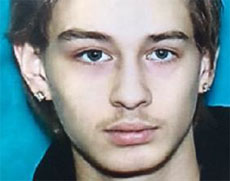 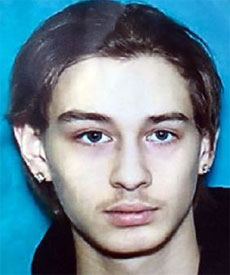 Police are looking for a local teen in connection with Tuesday’s fatal shooting of Tenzin Kunkhyen, 16, of Malden.

Update on Sept. 5, 2017: Perry was arrested on a warrant by Arlington police without incident today and will be arraigned in Cambridge Juvenile Court. It was unlikely the appearance would be immediate, District Attorney Marian Ryan said. In the meantime, he is being held without bail.

Perry will be arraigned on a delinquency complaint, Ryan said. He also has an outstanding arrest warrant out of Worcester Juvenile Court.

With the exception of indicted youthful offender cases, juvenile proceedings are closed to the public. No additional information would be released at this time, Ryan said.

This investigation is being conducted by the Middlesex District Attorney’s Office, Massachusetts State Police and Somerville police, with assistance from Arlington and Malden police.

Keith R. Harlow, 31, was arrested with Perry at the same Arlington apartment, according to YourArlington.com. He is being held on three outstanding arrest warrants charging him with: possession of heroin; resisting arrest; disorderly conduct; and driving with a suspended license.

Perry is white, clean-shaven, with brownish, shoulder-length hair and green eyes, police said. He is 5-feet-9, and weighs 120 pounds. His last known address is 14 Farragut Ave., Somerville – the location of Tuesday’s shooting, near Matignon High School – though he may recently have visited Malden and North Andover.

Anyone with information about Perry’s whereabouts is asked to call Massachusetts State Police at (508) 820-2121.

“As Perry is a juvenile, no additional information will be released at this time,” Ryan’s office said in a press release.