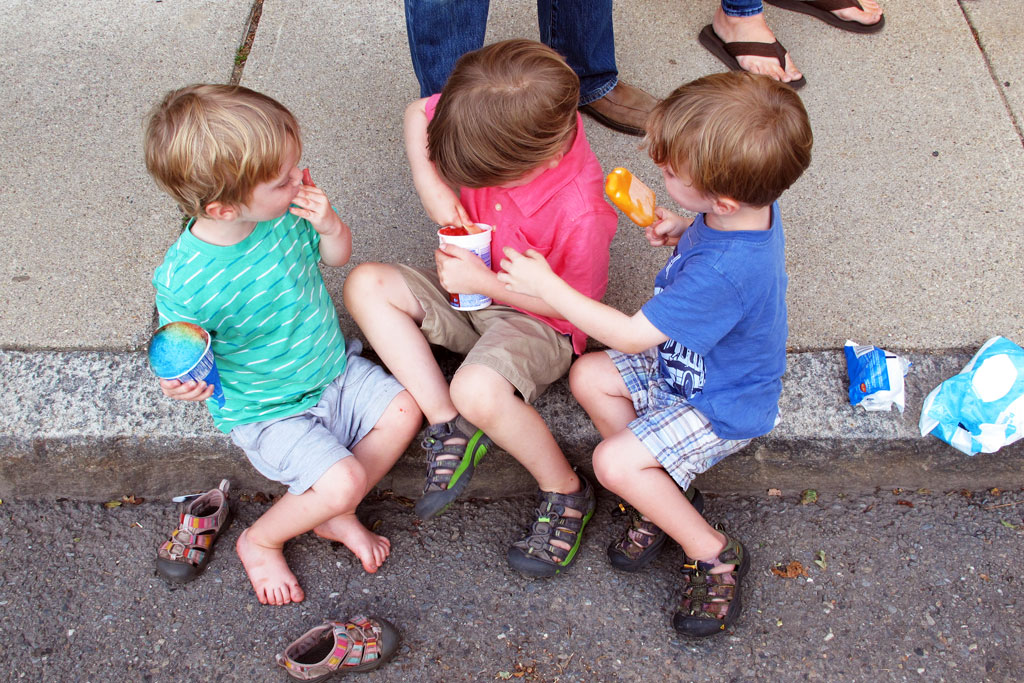 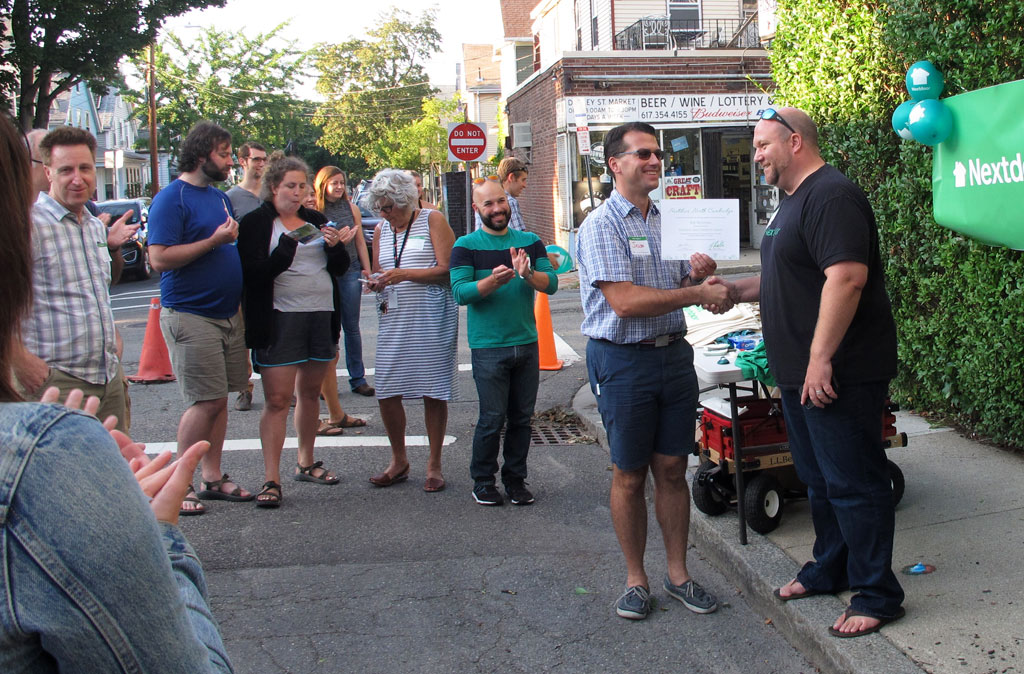 North Cambridge was the social media platform Nextdoor’s first neighborhood in Massachusetts – now there are as many as 1,700 in Greater Boston – and last month the company said thanks by throwing a party.

Dozens of North Cambridge gathered Aug. 27 for ice cream provided by the company. Children played in the street and adults mingled, some sporting Nextdoor T-shirts and tote bags.

Nextdoor, founded in San Francisco in 2011, aims to connect neighbors. Residents verify their addresses to join the network, and are able to post and comment on issues such as safety, yard sales and lost pets. The company says more than 150,000 neighborhoods nationwide have joined,  “representing more than 77 percent of U.S. neighborhoods,” and 25 in Cambridge alone since North Cambridge joined the year of launch. Geographically, the company said, all of Cambridge is represented by Nextdoor neighborhoods, which are defined by the users; some split off of established networks as they grow too large.

Annie Barco, a communications coordinator with the company, said the growth of the service in Greater Boston was “all thanks to Nextdoor North Cambridge.”

“Nextdoor takes a grassroots approach to growth, so we rely heavily on neighbors inviting other neighbors to the platform,” Barca said.

Members of the party

Nirmala and Param Garimella, who recently moved to Cambridge from Lexington, said they thought Nextdoor was “a good way to connect in a city.” They found it easier to connect with neighbors in Lexington, which they called “more contained,” and hoped Nextdoor would ease the transition.

North Cambridge activist Jason Stonehouse was one of the first Nextdoor users in the country and remains enthusiastic about the platform.

At the party, he stressed the importance of the platform by citing a 2010 Pew Research Center poll that found that only 46 percent of Americans know their close neighbors. Although he knew most of his own immediate neighbors before using Nextdoor, he said the program also helped him “find connections with people a few blocks away.” The platform also connects people with other community organizations, such as the North Cambridge Family Opera and his own organization, North Cambridge Together, he said. 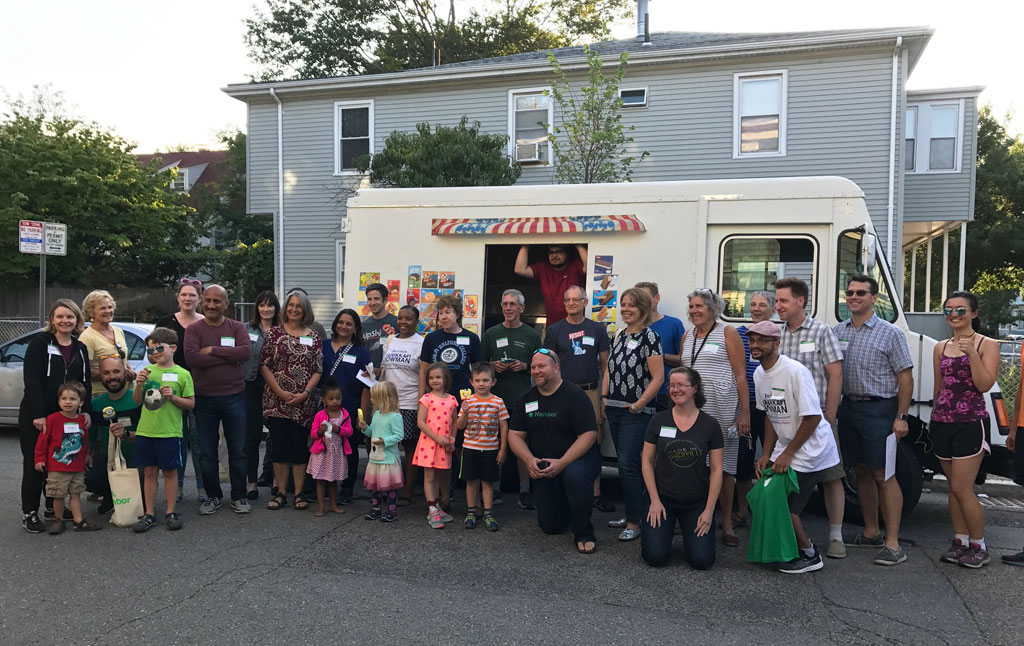 Free treats from an ice cream truck were a centerpiece of the Nextdoor event. (Photo: Ursula Murray-Bozeman)

Residents at the event said they use Nextdoor to buy and sell small items, publicize events and even to check in with each other about loud noises. “It’s comforting to know we’re all in this together,” one woman said.

Cambridge police also use Nextdoor to communicate with residents around issues of public safety. Jeremy Warnick, the director of communications for the force, said in an email that the department has been using Nextdoor for nearly two years, after asking Nextdoor community leaders about whether they wanted the platform to include the police. “The consensus was a resounding yes,” Warnick said. The program is part of the department’s broader approach to communicating with residents via social media, and Warnick encouraged residents to sign up.

Nextdoor has drawn criticisms for providing a platform for public shaming and racial profiling.  Stonehouse said North Cambridge’s group dealt with the issue head on.

“That’s one of the things that Nextdoor has been very good about dealing with,” Stonehouse said, describing an incident in which a teenager stole a delivered package. Neighbors conferred via Nextdoor and were able to talk to the teen’s mother rather than involve the police.

Very quickly, he said, the conversation turned to making sure that neighbors were not making assumptions about each other based on race, and eventually to ensuring that the teenager didn’t “end up with an arrest record over a stupid prank.” The situation was defused without legal intervention, an accomplishment Stonehouse attributes partially to Nextdoor.

“It’s very easy in a less-connected neighborhood where people don’t know each other to resort to calling the police, to disengage from the people who live around them,” he said.