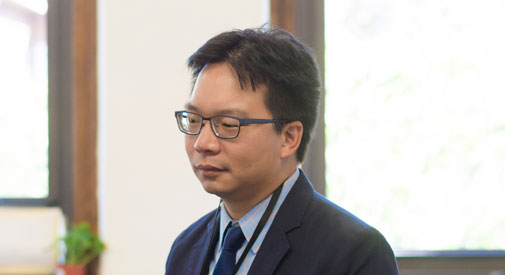 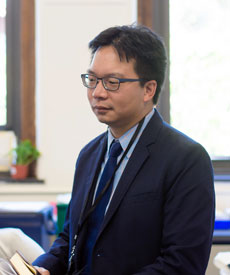 Superintendent Kenneth Salim is encouraging more confidence in the use of MCAS scores. (Photo: Ceilidh Yurenka)

Amid community debate over the MCAS 2.0 standardized test, the School Committee and lead school department administrators seemed destined to agree to count MCAS scores as key measures of the success of Superintendent Kenneth Salim’s District Plan Framework, his three-year blueprint for the schools.

First presented at a June 20 meeting, the framework did not get committee approval immediately because some members found it vague and lacking detail. The framework was approved at the next meeting, July 25, with a few edits and clarified points – and a commitment that the “meat of the work” lay in the determination of how success would be measured.

Tuesday’s five-hour roundtable was the second focused on identifying the specific outcome measures of the framework’s strategic objectives and initiatives. It followed a Sept. 26 roundtable – both open to the public but not televised or recorded. In addition, school administrators worked separately on data gathering and sorting, and developing their own recommendations for how to measure success and set goals. 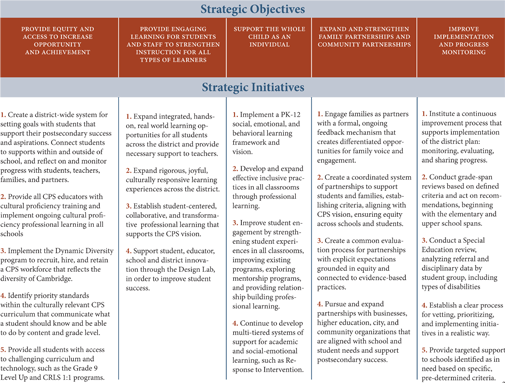 The district’s proposed 22 strategic initiatives, which need to be measured. Click the image to see the superintendent’s district plan framework at full size, with initiatives on Page 2.

Scheduling this outcomes meeting created a bit of a kerfuffle, essentially bumping regular business meetings to after the Nov. 7 election.

During Oct. 3 discussion about scheduling, member Richard Harding spoke forcefully in favor of changing the schedule to accommodate goal-setting. “It is so divorced from reality that we think a [business] meeting like tonight’s is more important than the outcomes meeting,” he said. “This [setting of goals] is very important work. This is the work that the School Committee does.”

“Us taking the time to be thoughtful and strategic,” member Manikka Bowman agreed, “and working together collaboratively to move the district forward is the business of the School Committee.” She chastised members Emily Dexter and Patty Nolan, who were trying to keep to the original business meeting schedule by saying the committee should “take the time to do that in collaboration with our new superintendent,” apparently referring to the need to schedule the meeting with Salim and staff on an otherwise regular meeting date.

Still, this week’s meeting began 22 minutes after its set 5 p.m. start time because there was no quorum. Mayor E. Denise Simmons’ arrival allowed the meeting to get underway; Emily Dexter arrived shortly after, and Manikka Bowman arrived at 5:50 p.m. After the dinner break, Simmons did not return for the last part of the meeting, and Bowman was out of the room for the first 30 minutes. Richard Harding, now running for City Council, never showed up.

Given the 22-item list of initiatives, administrators and the School Committee said they needed to pare the list initially. “It’s better to focus on a few things and do them well,” said member Fred Fantini, citing the group’s guiding principle.

Led skillfully through discussions and back-and-forth negotiations by consultants Sam Ribnick and John Kim from the District Management Group, the group prioritized seven measurable outcomes over a three-year timeframe.

Many members admitted its list of measures looks familiar – perhaps too familiar. What’s different this time, the counterargument from administration and some committee members runs, is that the district plan includes initiatives aimed directly at moving those needles. Also, the district is setting explicit goals; previously, there were general goals of getting everyone to be better at everything.

Many of the measures are seen as proxies for Salim’s 22 strategic initiatives: “rigorous, joyful, culturally responsive learning” should be reflected in higher MCAS scores and less chronic absenteeism, administration members posited. A school climate survey should get at a significant group of the initiatives – but has not been developed.

The specific proposed goals for each measure focused on continued improvement for all demographics and on narrowing the gaps between them. For example, based on statewide recommendations, MCAS score goals are to reduce the number of students not scoring “proficient” by one-third over six years, by demographic cohort.

Compared with the past years, this is ambitious. Over the past four years the overall rate of third-grade reading proficiency for Cambridge is statistically unchanged. For black students, there has been a 13 percent growth – which would meet the goal, but the MCAS scores jump up and down from year to year. Scores rarely show a straight trajectory.

At the same time, Nolan pointed out, at that rate Cambridge would not “close the gap” until 2030.

Nolan pushed for the district to be aggressive in determining a goal for how many students report a meaningful relationship with adults in school. The “teachers of color” goal percentage remained at 30 percent, as it has for several years. Nolan also pushed for a high school advanced-placement class enrollment goal that moved more quickly than recent trends.

Members seemed uncertain what to do with chronic absenteeism. At 17.2 percent, Cambridge is more than 20 percent higher than the statewide average. “Absenteeism is so complicated,” Dexter said. “We need more information on root causes.” She urged making it a joint effort with the city’s Department of Human Services.

While members agreed, several also argued that all the measures are “complicated.”

Committee members agreed to bring a final plan of outcome measures and specific goals to the public and a vote in a December business meeting.

As the group agreed to rely on MCAS information, sitting as an observer but not at the table was Cambridge Education Association president Dan Monahan. He and fellow members of the union’s political action committee, teachers Karen Engels and Betsy Preval, have beaten the drum of teacher resistance to the standardized assessments. The tests, they argue, neither reflect quality “authentic learning” nor contribute to it. Many students and teachers find the tests stressful; too much teaching becomes focused on passing the test rather than getting meaningful, hands-on learning; test results are too late to be helpful to schools and teachers; and there are better assessment tools, they argue.

Many committee members tried to push the use of measures other than MCAS.

“Do we believe that MCAS is the best measure for third-grade reading proficiency?” Nolan asked. She and Dexter also preferred a focus on eighth-graders passing algebra class to the MCAS math test.

Member Kathleen Kelly joined them, saying, “I would like to know about other assessments happening in third grade. I don’t want to be so focused on one particular test.”

Fantini and Simmons rounded out the group, both saying they were “looking for a comfort level” with the test.

“Does it really give us what we want to know?” Simmons asked.

But administration pushed back.

“The administrative council felt that third-grade MCAS is the way to go,” said Lori Likis, the district’s chief planning officer.

Salim tried to encourage more confidence in the use of MCAS scores. “Any standardized test is imperfect, but at same time the state tests have reliability,” he said. “They are tested and consistent over time. Other mechanisms can sometimes create perverse incentives.”

“I do feel more confident in what the state is doing around MCAS 2.0,” he added, referring to a revised MCAS assessment in use for the first time this year. The assessment, he said, will finally be aligned with the curriculum units as taught in the schools. Salim also said he was reassured developers of the test are “involving educators” in the design instead of being administration-designed.

Dexter was alone is insisting she talk with teachers before weighing in on an appropriate target for third-grade reading MCAS scores, saying she wanted teacher input on whether proposed goals are realistic, or would require more resources.

It was notable that no educators seem to have been involved in this goal-setting exercise, and no mention was made of teacher resistance to MCAS, alternative performance assessments other districts are starting to use as a replacement to state tests, or the Massachusetts Consortium of Innovative Education Assessments. Instead, educator union leader Monahan sat as one of five observers in the room, uninvited to comment.