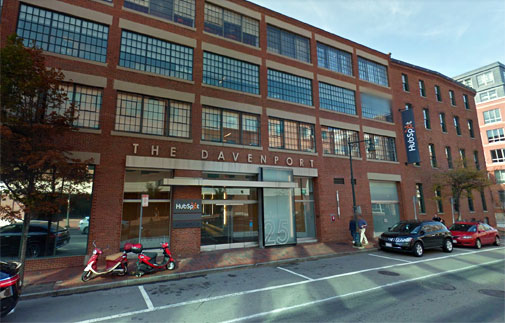 The Davenport building in East Cambridge, which sold in February, is cited by state Rep. Mike Connolly as a missed opportunity for affordable housing funding – its sale would have reaped $4 million in fees if his transfer tax bill had been in place. (Image: Google)

A bill to create a transfer tax on real estate purchases will be heard Tuesday at the State House in Boston – a significant step forward for an idea that has been stymied since first proposed in the 1990s. All the resulting funds would go toward local affordable housing.

It could be a significant help in cities and towns experiencing real estate booms and gentrification. In one example given in March by author state Rep. Mike Connolly, who represents East Cambridge and East Somerville, a $203 million purchase by a Canadian pension plan seen in Cambridge would have yielded the city $4 million for its Affordable Housing Trust Fund.

“We are witnessing a real estate development boom of historic proportions,” Connolly said in a press release. “Overall, this is a positive sign, as it means people want to be a part of our community. But in this time of profound wealth and income inequality, it is clear that more funds are needed to protect and expand upon our stock of affordable housing.”

The version getting a hearing is slightly amended from what state Connolly proposed in January. Instead of ranging from 1 percent to 2 percent of a real estate transaction, the tax would now impose a fee or range of fees between 0.5 percent and 2 percent, Connolly said Monday. It would also allow cities and towns to exempt certain transactions if wanted, such as for senior citizens, low-income buyers or transfers to family members.

The bill is co-sponsored by more than a dozen other legislators, including state Sens. Sal DiDominico and Pat Jehlen and state Reps. Marjorie Decker, of Cambridge, and Christine Barber and Denise Provost, of Somerville.

The transfer fee was recommended by a 26-member Sustainable Neighborhoods Working Group formed by Mayor Joe Curtatone in Somerville, and Cambridge’s City Council recently adopted an order in support of the bill, as well as one to explore a transfer fee home rule petition that boosts the ceiling on fees to 4 percent of a purchase price. Connolly said he met recently with Cambridge Mayor E. Denise Simmons and City Manager Louie A. DePasquale to discuss the transfer fee proposal.

Citizens wishing to speak on the bill should sign up outside room A-1 at 11 a.m. Tuesday.