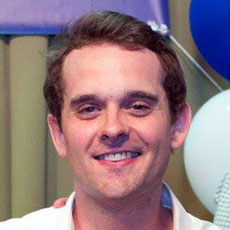 Tierney works full-time in state government as the research director and legal counsel for the Massachusetts Committee on Housing, where he works to create smart growth, affordable and middle-income housing opportunities and policies to improve public housing and prevent homelessness; he also works with nonprofits to protect tenants from eviction.

His connection to Cambridge runs deep – he grew up on Appleton Street (where his parents still live) and went to the Peabody School and Cambridge Rindge and Latin School, where he recalls being exposed to the realities of economic diversity. “I learned that in Cambridge, we don’t shy away from conversations about gaps in opportunity and the roots of inequality and privilege. I learned respect, empathy and compassion. I learned not to judge, but always to listen,” Tierney said.

After college, he worked at Harvard University’s Institute of Politics, where he ran the JFK Jr. Forum, a public affairs venue, and hosted national and international leaders, learning about the importance of strong and effective leadership. After law school, attending with the goal of serving his community, he took a job as deputy legal counsel for the state Legislature’s Revenue Committee, where he helped draft the Fair Share Amendment to the state constitution to fund universal pre-K and transportation improvements.

Being a voice for underrepresented communities in the city.

Finding ways to collaborate with the Kendall Square economy to benefit our residents.

A Better Cambridge: “Sean Tierney, a Cambridge native and attorney who works on tax and housing policy for the state Legislature, offers an important perspective on the housing crisis. He is dedicated to finding innovative solutions that balance growth and increased density, while fighting the displacement that threatens Cambridge’s economic, racial, and cultural diversity.”

Yet another homegrown whiz kid with a skill set vital to Cambridge’s future, Tierney has taken the extra step of arriving with a partial solution to our housing problem that is out of the box in two ways: It represents both thinking new to Cambridge but an existing and tested approach that seemingly needs only to be unpacked and put together the right way. That solution, called 40R housing, allows the city to access state funds as well as insurance against increased school costs resulting from the housing’s new population. Using 40R would also entitle the city to a zoning incentive payment and density bonus payment for each building permit issued, and each would come from the state’s Smart Growth Housing Trust Fund – as it did for Boston’s 42.5-acre Olmsted Green. He wants to see it applied to our 130-acre Alewife quadrangle.

It’s not even Tierney’s whole plan, just part of it.

While this is an exciting opportunity for the city, it’s even more encouraging to see it delivered by a candidate who puts his compassion at the forefront of his inspiration; too many of Tierney’s peers want to be celebrated for the way they disrupt a community, rather than for how they serve it.