Republican tax plan would be ‘devastating’ to construction, rehab of low-income units 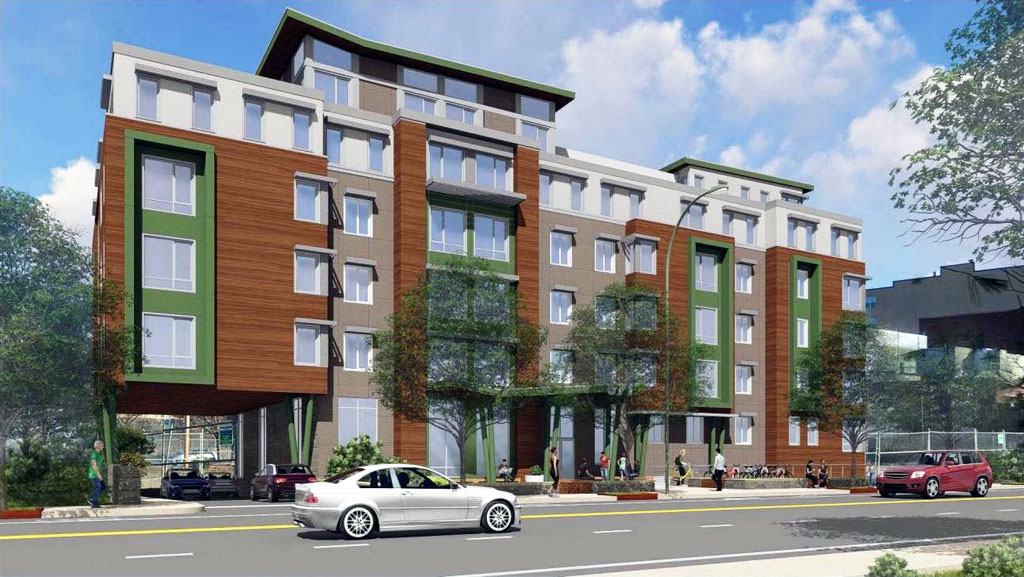 Republican tax plan would be ‘devastating’ to construction, rehab of low-income units

Homeowners Rehab Inc. may not be able to begin its 100 percent affordable Concord Highlands project early next year.

The Trump tax plan is a disaster for Cambridge’s public housing, and if enacted will undo years of planning and millions of dollars in rehabilitation for aging units, officials said Monday at a City Council roundtable. Though people have long complained that Cambridge is becoming a “barbell city” of the rich who can afford it and the poor who have subsidies, Republican targeting of tax credits would make it harder for the lower-income to stay, too.

The plan for the roundtable, which came the night before polls opened to elect the next City Council and School Committee, was to “set the table for the coming term,” Mayor E. Denise Simmons said.

But the testimony that followed from the city leaders in public and affordable housing suggested the table couldn’t be set – it was breaking.

The cause: A Republican tax bill with big breaks going to corporations and the wealthy while expanding the deficit by trillions of dollars, which prevents passage in the U.S. Senate unless lawmakers can find ways to make up the money. The plan finds some revenue by ending tax-exempt financing for construction of low-income housing.

“There is absolute outrage around the country to see this happen, because it will absolutely be devastating,” said Peter Daly, executive director of the nonprofit Homeowners Rehab Inc., referring to agencies and organizations such as his own that build and maintain affordable housing. (HRI’s colleague in nonprofit Cambridge construction, Just-a-Start, was also represented at the roundtable.)

“We were sort of led to believe that the tax credit programs would be held harmless in this bill, and although there was one that sort of prevailed, [three other tax incentives enabling construction] were all wiped out,” Daly said, pondering the backroom deals that might have led to elimination of the credits. “This was a complete shock, and I don’t shock easy.”

Homeowners Rehab Inc. was looking to break ground early next year on a project in Fresh Pond called Concord Highlands, a six-story, 98-unit building that would have been the city’s largest affordable-only project in four decades, but “that project will not go forward without tax credits,” Daly said. Projected after the proposed Trump tax cuts and made with taxable financing instead of current tax-exempt offerings, the project would see a deficit of more than $10 million, and higher mortgage payments.

The Cambridge Housing Authority has even bigger problems as it tries to overhaul the oldest of its roughly 2,700 units in public housing projects around the city. That task was already difficult  during past presidential administrations as public sentiment for spending on public housing dwindled, leading to “Band-Aid” attempts to maintain housing with less money from the state and federal government and arcane methods of securing large amounts of capital from institutions such as Citibank and Wells Fargo. Under what’s called the Rental Assistance Demonstration program, legally Cambridge no longer has “public housing” that guarantees affordability, just incentives for the banks to keep it affordable.

“Of course, last year we had a wonderful election which really has kind of changed where things are, making even RAD look a little shaky,” said Mike Johnston, executive director of the Cambridge Housing Authority. When Donald Trump became president, the U.S. Department of Housing and Urban Development was targeted for extreme budget cuts.

On Thursday, the tax plan was released.

“If that tax plan goes through as written right now, all the work we have planned would end,” Johnston said.

Work began pre-Trump on about half the Housing Authority portfolio – 996 units, for about $217 million worth of construction – with Washington Elms and Woodrow Wilson Court essentially complete and the Manning Apartments in Central Square underway for a July ribbon-cutting. But even Manning took some finagling: Bumping up against a state cap on the number of private activity bonds given out, Johnston’s agency managed get funding anyway, by moving some of the bonding into the next year.

With federal government pressures that threatened the $350 million worth of work at the rest of the authority’s aging buildings, authority officials switched stratagems again to apply for funds under what’s called Demolition/Disposition, another federal tactic to officially eliminate public housing, and went in person over the summer to HUD’s Special Applications Center in Chicago to find out why the “Demo/Dispo” applications were dragging. “We were able to push three of these projects through. Just this past month, we heard that [the Leonard J. Russell Apartments in Porter Square] was going to be passed through. And with held breath we are still waiting to find out if Roosevelt Towers is going to get passed through,” Johnston said.

Republicans say they want to pass their tax plan by the end of the year.

That puts at risk everything that still needs bonding, including the 300-unit Millers River in East Cambridge, where “we’ve done Band-Aid work, but the elevators, the windows, the skin, all of that needs to be done,” Johnston said.

“If this tax package goes through, for a lot of us here at the table, we all have issues. How do we make these projects go forward? For us, this is our No. 1 priority,” he said.