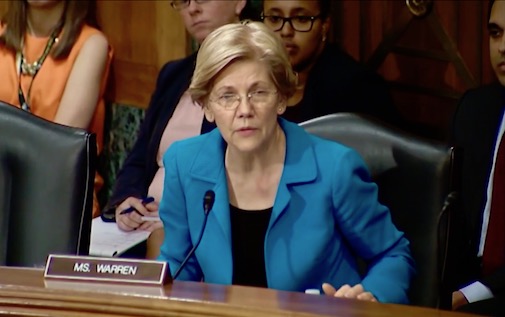 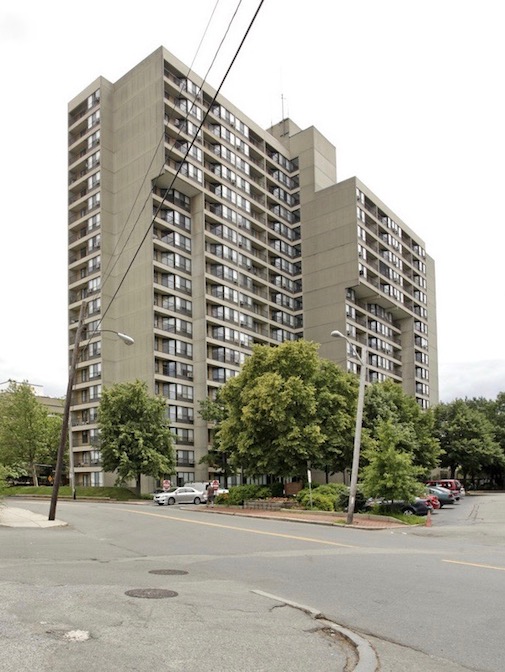 Millers River in East Cambridge is among the most deteriorated of the city’s public housing developments, and needs access to federal funds for improvements. (Photo: Apartments.com)

Residents of one of the city’s most dilapidated public housing developments are joining a lobbying effort by officials of the Cambridge Housing Authority to preserve crucial funding for the upgrade of more than 1,200 units here, including their own apartments. A proposed tax reform bill in the U.S. House of Representatives would do away with tax-exempt bonds and associated tax credits that housing officials were counting on.

About 27 tenants of Millers River Apartments in East Cambridge have signed a handwritten letter to U.S. Sens. Elizabeth Warren and Ed Markey and U.S. Rep. Michael Capuano asking for their support for the bonds and tax credits, which would finance rehabilitation of Millers River and six other public housing developments. The tax credits, which CHA sells to big banks and other financial companies to reduce their federal tax obligations, would bring in $267 million, said Margaret Moran, the agency’s planning and development director.

Although the House voted Thursday to kill the tax-exempt bonds – thereby eliminating the tax credits, too – the current Senate version of tax reform would keep them. Still, the housing agency is worried the bonds won’t survive when senators and representatives iron out the differences between their proposals. Low-income housing developers are guaranteed the tax credits if at least half the funding for their projects comes from the tax-exempt bonds, so having the bonds is crucial to getting the tax credits.

If the bonds end Jan. 1, as the House plan mandates, “we are dead in the water” for the second phase of the construction program, which includes Millers River, Moran said in an interview. At a City Council roundtable the night before the Nov. 7 local election, the agency’s executive director, Mike Johnston, said that if the House GOP tax reform plan becomes law, “all the work we have planned would end.”

Capuano and all the other House Democrats voted against the tax reform plan approved by the House. The Senate is still working on a tax reform bill.

CHA staff went to Millers River on Nov. 9 to alert residents about the threat to the program, since officials had told them previously that the project was on track. Tenants at the meeting decided on the spot to write to legislators; a letter was drafted and signed, Johnston said Monday.

The letter said that if the bonds and tax credits end, “our planned development and renovations will come to a complete standstill and renovations will never commence, which means we will have to continue to live in sub-par conditions, such as leaking windows that allow water to rot our walls” and “deteriorating plumbing that creates backups and leaks into our houses.” Other problems include “poor air quality” from “insufficient ventilation” and lack of accessibility upgrades that “would allow us to age in place.”

Moran said the 302-unit building, which houses elderly residents and younger disabled tenants, was among the most deteriorated among the city’s public housing developments, with persistent leaks not only through windows but through outer walls.

Johnston wrote to Warren on Monday asking her to support the bonds, which will allow his agency “to further its mission on behalf of its residents, who rely on this precious resource.” He attached two photographs showing rusting bathrooms and a damaged kitchen cabinet at the Jefferson Park Federal development, slated to be renovated, along with two photographs of a sparkling remodeled bathroom sink and new kitchen cabinet at the rehabilitated Washington Elms project.

Agency officials also reached out to Markey, Johnston said. His office didn’t respond to an email asking for the lawmakers’ position on the bonds and associated tax credits; Warren replied through an aide, “It’s unacceptable that the Republican tax plan takes money that supports affordable housing in Massachusetts and uses it to shower tax giveaways on big corporations and millionaires.  That’s one of the many reasons why I’m fighting to stop the Republican tax bill.”

Because of the financial uncertainty, the agency will probably finalize financing for improvements to Russell Apartments next month instead of waiting until January as planned, Moran said. Officials estimate that tax credits will garner $8 million for the project, which will improve a 51-unit elderly/disabled building near Porter Square.

Even if the tax credits survive, tax reform would make them less valuable because Congress intends to cut the corporate tax rate. Moran said that will not be a surprise; most investors have already adjusted their tax credit bids.