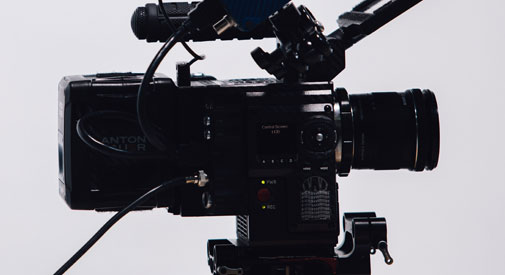 A crucial bit of business took place Jan. 1 at the inaugural City Council, along with electing a mayor and vice mayor: Outgoing leader E. Denise Simmons moved to have council rules accepted only provisionally, so they could be reviewed and “we can make sure the rules are conforming to the times.” The motion passed unanimously.

This is great, because the council is overdue for calling for the broadcast, streaming and publicly accessible archiving of its roundtable meetings. (Calling for the end of archaic rules against televising roundtables has become an unwanted tradition here. Here’s the January 2017 essay on the topic.)

Some officials have clung to the old rule about roundtables even though they can be attended by the public and have even been streamed and archived by members of the public, and even though the meetings are already recorded officially for the creation of typed minutes. One stated reason: Our elected and appointed officials won’t speak openly if cameras are on – implying that the council or School Committee, which has members with similar fears and restrictions about roundtables, won’t get good information, won’t speak candidly with each other and thus won’t make good decisions.

This was captured well by Richard Harding at the Dec. 19 committee meeting, his last one, where he repeated his belief that untelevised roundtables won’t let camera-shy staffers “have honest conversations where they can move things in a way that is more beneficial than whether they are on TV,” followed by member Kathleen Kelly agreeing that “People do hold back.”

Harding certainly did his argument no favors by holding up a specific off-the-record meeting as among his most “productive” and key to undoing the bad policy of “tracking” kids in high school English. That meeting was held with former head of school Chris Saheed, who left the district in 2011. Also, the committee had almost nothing to do with last term’s untracking, which was initiated and implemented by current principal Damon Smith, a new superintendent and district staff.

Further, the idea that roundtables – untelevised or not – are officials’ sole chance to get good information is simply ridiculous.

Members Manikka Bowman and Emily Dexter suggested televised roundtables and other measures for the good of parents and others who can’t make it to meetings. Harding’s notion that televising roundtables would be “just so you can say you’re more transparent than everybody else” is a straw man, and neither he nor Kelly shine by persisting in an underlying fantasy also engaged in historically by some council members: That there’s something magical about the word “roundtable.”

A roundtable is a two-hour meeting that goes in-depth on a topic. That’s all it is. The trappings are different: Tables are set up in a different way and there’s a slightly more casual tone; and no votes or public comment is taken. But there is no public, televised meeting of the council or subcommittee where city or district staff are not also called forward to give data and analysis exactly like what’s heard and seen at roundtables, and the public isn’t served by thinking that the data and analysis public officials get is suspect at every meeting but the six to 12 roundtables held per year.

On the other hand, the roundtables are almost by definition on the most interesting topics the council and committee will deal with, and those become the ones the public has the greatest difficulty seeing in real time or later on the Web. And there are at least as many reasons to televise as to not – Harding and Kelly’s quotes in this very essay came from a meeting watched online long after it was held. More dramatically, recall when departing councillor David Maher said that only a single “town hall” with city manager candidates had ever been promised, and complaints to the contrary were just “misinformation floating around.” Except that Maher himself had promised more, and the promise he made was at an untelevised subcommittee meeting.

Untelevised by the city, that is. That meeting was filmed and released on YouTube by independent journalist John Hawkinson, who posted it on Cambridge Day.

Fingers crossed, this is the year a majority of elected officials recognize what Dexter said in asking for a policy change: “It’s 2018, and we ought to be using technology.”

There’s reason for hope. Some councillors have spoken in favor of televising roundtables in the past, such as Craig Kelley – who actually called the current policy “sort of un-American on our part.”

Others spoke in favor on the campaign trail, including some who were asked directly:

One person who was asked those questions not while campaigning, but after having won reelection, was councillor Marc McGovern.