Housing agency gets ‘ambitious’ in thinking how to add units, even as funding weakens 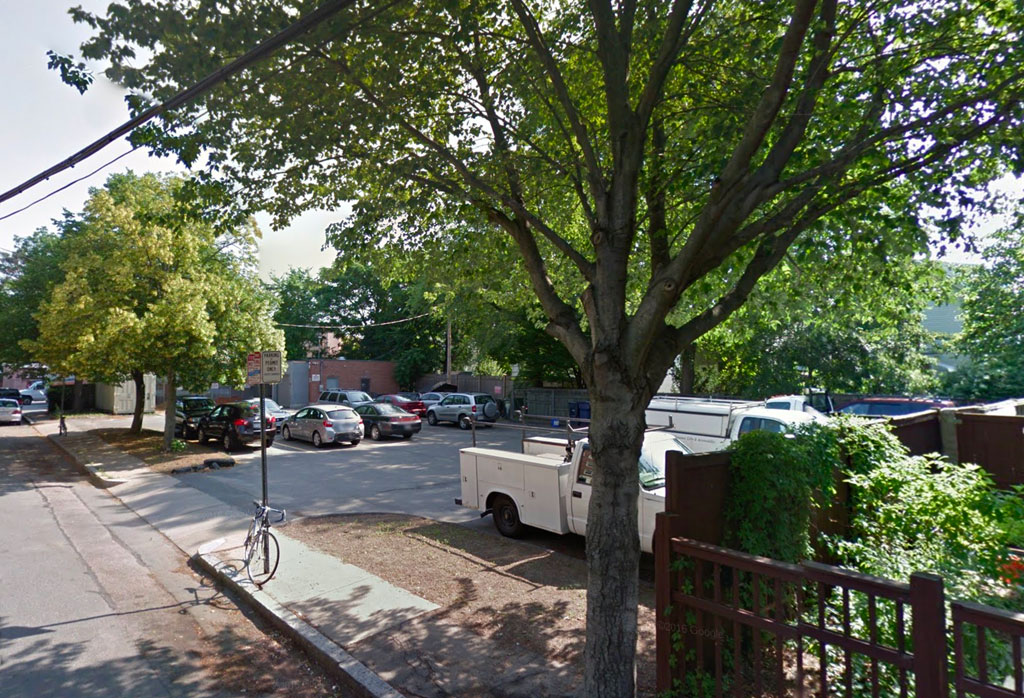 Housing agency gets ‘ambitious’ in thinking how to add units, even as funding weakens

The parking lot at 155 Willow St. in the Wellington-Harrington neighborhood could become a building with 24 affordable apartments. (Photo: Google)

CHA planners have come up with these possibilities and more for adding to the city’s shrinking supply of affordable housing. At the same time, the agency is grappling with roadblocks to completing the second phase of its plan to modernize its existing 2,138 public housing units, which serve Cambridge’s poorest tenants.

After staff from the agency’s planning and development department outlined the dreams and the difficulties to its commissioners last month, executive director Michael Johnston was asked whether it sounded a little schizophrenic to pursue both paths. No, he said in an email message, “I would call it ambitious.”

Agency officials don’t often discuss the possibilities for new housing in public. These are the details as presented to commissioners and listed in a draft report to the U.S. Department of Housing and Urban Development:

Build 20 to 24 apartments on a CHA-owned parking lot at 155 Willow St. in the Wellington-Harrington neighborhood, across the street from the Roosevelt Towers public housing development for families.

Add up to 60 units at the Roosevelt Towers by extending the back side of the mid-rise building in the development.

Add a floor to the agency’s three-story building at 81 Clifton Place in North Cambridge, and revamp the building to house families as well as seniors and disabled tenants. The project would add three units to the existing 20 apartments and change the mix from studios and one-bedroom units to one-bedroom, two-bedroom and three-bedroom apartments. Some units might be reserved for veterans.

Demolish the Jefferson Park Federal development in North Cambridge and build a replacement structure with 35 to 60 additional units. Current plans call for rehabilitating the development, which is so deteriorated that the agency last year moved 51 families in basement units out while awaiting funding to modernize the 175-unit building. The moves are permanent, officials said. The agency earlier tore down and replaced adjacent Jefferson Park State; that new building is expected to open this year.

Create a new site design for the 302-unit Millers River elderly/disabled development in East Cambridge, scheduled to be rehabilitated starting this year. The one-story community room would be replaced with housing and commercial space in a new four-to-six-story building. The agency might also add to the 19-story tower and build housing above the parking lot. Johnston said one possibility is creating “a campus for aging in place” by bringing in “hospitals/health care” players. None of the existing apartments would be eliminated, he said.

Some of these ideas are farther along than others. For example, agency planners and a consultant are working on a master plan for Millers River now “to be sure that what we do to the tower doesn’t limit choices,” Johnston said. On the other hand, building in the parking lot on Willow Street “is nothing more than an idea at this time and a few conceptual drawings.”

“Our primary mission is to produce affordable housing, and that is what we would aim for if we are successful at building additional units at this or any site. However, given the realities, there might be a mix of incomes to make the numbers work. But I can’t predict the future so we need to go a step at a time,” he said.

Meanwhile, the Authority continues to face problems funding the remaining 980 apartments in its citywide plan to modernize its entire public housing portfolio of 2,138 units. Phase 1, with 831 units, is almost complete and “winding down,” Johnston said. Before starting Phase 1 in 2013, the authority renovated four developments with 317 apartments.

Federal support for public housing has all but dried up, so the agency and other public housing authorities have turned to private investors. Under the federal Rental Assistance Demonstration program, CHA is transferring its developments to investors who buy 15-year tax credits from the Authority, while the agency continues to manage the housing. It has promised that tenant protections won’t change and no resident will be displaced.

Millers River and five other developments in Phase 2 are being financed under a different federal program that lets public housing agencies “dispose” of dilapidated housing to fix it up. The mechanism of relying on private investors is similar to RAD.

The problem is that both mechanisms depend on selling tax credits to investors to pay for construction, and the agency needs to obtain state tax-exempt bonds to get the tax credits. In Massachusetts, the demand for the bonds has outpaced the supply; the agency has commitments for state bonds for Millers River and Russell Apartments, but not the other disposition and RAD projects.

Besides that, the tax credits themselves – which give holders a tax break for investing in low-income housing – have lost value because Congress approved reducing the corporate tax rate in December, so banks, financial services companies and other wealthy investors have less need to buy the credits.

The bond and tax credit strictures are delaying Phase 2 projects. The agency board Wednesday was set to hire two architecture firms to design the revamp of the Burns and Corcoran Park developments, but the meeting was cancelled. Construction on the projects isn’t expected to begin until 2020, board resolutions said.

These and other problems mean “we’re at the point of some hard decisions,” Johnston said last month. For example, the authority might consider using “modular prefabricated construction” on some projects because it saves money, although its consultants don’t like the idea, Johnston said.