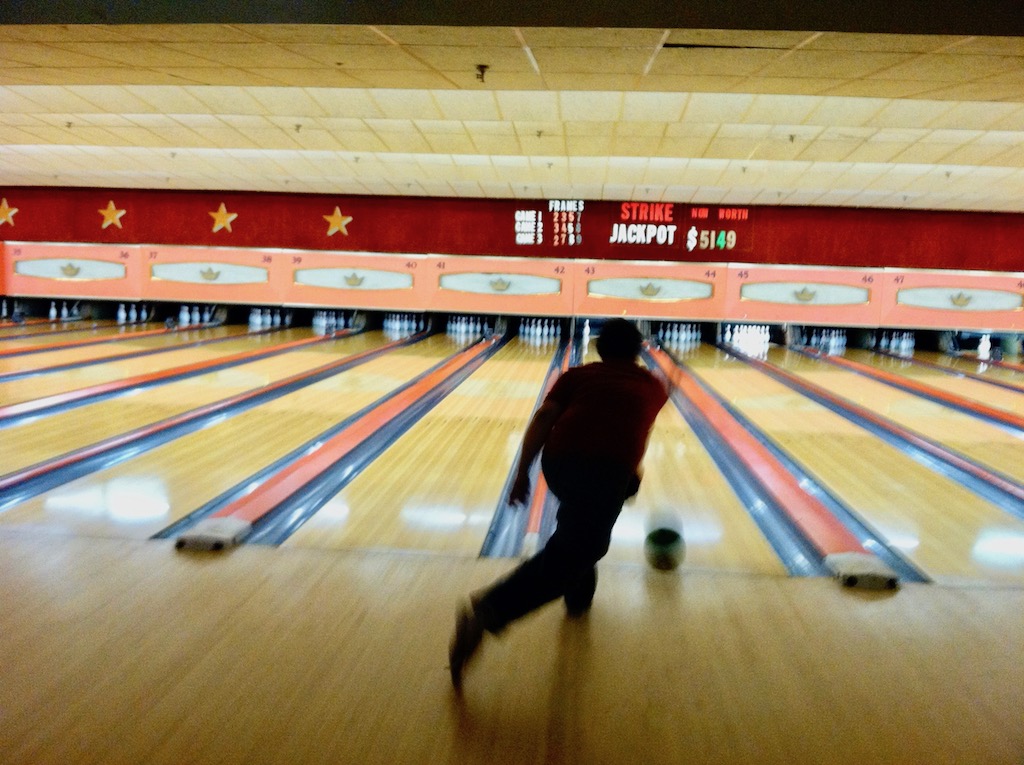 The owners of the defunct Lanes & Games on the Concord Turnpike are named as participants in a February legal filing with complaints against the city and its License Commission. (Photo: Adunt via Flickr)

The city has received a legal complaint from a half-dozen of its most recognizable names in food and entertainment saying they have been “deceived and defrauded” by Cambridge agencies and officials into spending hundreds of thousands of dollars unnecessarily, and in some cases have been forced into operating illegally.

The owners of River Gods, T.T. the Bear’s Place, Emma’s Pizza, Sandrine’s Bistro, Lanes & Games and McCabe’s are named as claimants on a presentment of legal claims received by the city Feb. 28. The presentment is a standard first step before the filing of a lawsuit.

“The License Commission formulated and implemented what appears to be an intentional fraudulent scheme … to protect certain businesses from competition,” according to the claim filed by attorney Kim Courtney, co-owner of a Cambridge charcuterie and wine bar who has had her own troubles with the commission. “Numerous city officials … were aware of the scheme, or at least should have been aware, and failed to perform their duties to uphold the law and ensure that the laws of the Commonwealth were faithfully followed.”

The Law Department provided a copy of the complaint in early May in response to a public records request; Murati Ferrer and the City Manager’s Office were asked for comment via email, but neither office responded to explain how the city is replying to the complaint. Courtney would say only that the city has refused to meet with her as a legal representative for the complainants.

The basis for much of the complaint has been public since Murati Ferrer’s arrival in 2016 and subsequent revamping of License Commission rules to align with state law, after decades in which Cambridge had followed its own rules – including denying applicants the ability to get a “general-on-premises” license that would allow the pouring of alcohol without serving food, such as at a bar or theater; businesses that never served food stayed in operation under false claims, during which times commission inspectors signed official documents year after year claiming the businesses had working kitchens.

The commission also forced applicants to buy existing liquor licenses costing into the hundreds of thousands of dollars when free licenses were available. After Murati Ferrer’s reforms went into place in July 2016 and it was clear there was no “quota” for liquor licenses – and therefore no restrictions or scarcity – the value of the licenses plummeted essentially to zero.

City councillors were shocked by the situation a year ago. Councillor Tim Toomey said the business owners were “individuals who played by the rules over the years and did what they were told to do and invested substantial, substantial [amounts of money because of rules] promulgated by the city.”

“If what the folks are telling us is true,” Mayor Marc McGovern said at the time, “and the city unintentionally or whatever gave them the wrong information and it cost them hundreds of thousands of dollars … They were duped, and that is a huge problem … And it does put the responsibility squarely on us.”

There has largely been silence since then, and a Public Safety Committee meeting being held at 3 p.m. Tuesday led by councillor Craig Kelley is identified as reviewing “the whole licensing and permitting process … to discuss ways to make it more efficient,” rather than to respond to any of the allegations made by longtime city business owners such as Jaqueline Linnane of River Gods; Bonney Bouley of T.T.’s; Jeffrey Weingast of Emma’s; Brian Manning, Thomas Covert and Christopher Whitney of McCabe’s; Gwyneth Trost of Sandrine’s; and Anthony Martignetti and Daniel Martignetti of Lanes & Games – all but McCabe’s now closed.