A week of events in Cambridge, Somerville: Dance performance, dance parties and more 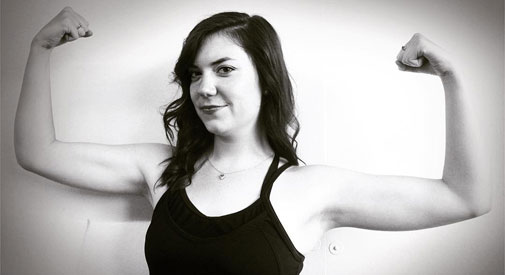 A week of events in Cambridge, Somerville: Dance performance, dance parties and more

Improbable Research Table Talk: “Brain-based Disgust for Cheese.” from 10 to 10:45 a.m. at Toscanini’s, 159 First St., East Cambridge. In the second in a series of public events, Ig Nobel Prize founder Marc Abrahams and ice cream-making gourmet and Tosci’s founder Gus Rancatore lead a brief talk about a research study that makes people laugh, then think – in this case, the Ig Nobel-winning “The Neural Bases of Disgust for Cheese: An fMRI Study.” Information is here.

Seventeenth Annual Pig Pickin’ benefit from 5 to 9 p..m. at Redbones, 55 Chester St., Davis Square, Somerville. Free to attend, with specific food prices to be announced Monday. Barbecue with all the fixings, a beer garden and live music, with proceeds going to the Somerville homeless coalition. Information is here.

Malik the Magic Guy at Summer in the City from 10 to 11 a.m. at Bergin Park, 80 Haskell St., North Cambridge. Free. Something different for daytime entertainment, given all the musical offerings: Malik does family-friendly, visual magic with audience participation. delivered with some dry comedy that includes a few groan-worthy puns. Information is here.

The School of Rock All Stars at 6 p.m. at Sonia, 10 Brookline St., Central Square. Tickets are $10 in advance, or $12 the day of this all-ages show. Some 30,000 kids enroll in the School of Rock annually – these are the most talented and experienced, who tour the country and play venues such as Lollapalooza and Red Rocks. Information is here.

U35 Mass Poetry from 7 to 8:30 p.m. at Remnant Brewing, 2 Bow St., Union Square, Somerville. Free. Mass Poetry’s reading series featuring poets under 35 brings to the dais Pittsburgh’s Sam DeFlitch, a third-year MFA candidate at the University of New Hampshire; Haitian-American Rodney Dominique of Malden; and Bostonian Jaime Zuckerman, poetry editor of Redivider, art director for Sixth Finch and a senior reader for Ploughshares. There’s a signup for reading slots too. Information is here.

Crystal Valentine reads at the Boston Poetry Slam from 7:15 to 11:55 p.m. at The Cantab Lounge, 738 Massachusetts Ave., Central Square. There is a $3 cover charge. Bronx-born, NYU-educated Crystal Valentine is a two-time winner of the College Unions Poetry Slam Invitational, was the 2015 NYC Youth Poet Laureate and ninth-ranked in the world by the 2016 Woman of the World Poetry Slam and took silver at the 2017 National Poetry Slam festival with the Brooklyn poetry slam team. She was Glamour Magazine’s 2016 College Woman of the Year, Teen Vogue’s “Rising Young Black Thought Leaders And Trailblazers,” has work featured on programming for MSNBC, Blavity, BET and more and is the author of “Not Everything Is a Eulogy.” The night starts with an open mic from 8 to 10 p.m. Information is here.

Buster Keaton’s “The General” from 7:30 to 10 p.m. at the Somerville Community Growing Center, 22 Vinal Ave., near Union Square, Somerville. Free. This 1926 silent comedy classic starts screening at 8:30 p.m. with limited seating after an hour of bring-your-own-picnicking (including blankets and seating for the film). Information is here.

Openair Circus 2018 Performances from 7 to 9 p.m. at Nunziato Field, at Vinal Avenue and Summer Street, Somerville (with three more shows throughout the weekend). There is a suggested donation of $3. More than 120 children and adults perform the circus arts they’ve learned over the summer. Refreshments, souvenirs and circus equipment will be available before the show and during the 15-minute intermission. Information is here.

Harvard Summer Chorus “Carmina Burana” from 8 to 10 p.m. at Sanders Theatre, 45 Quincy St., near Harvard Square. Free. Get some chills down your spine in gorgeous Sanders Theatre as the chorus performs Orff’s iconic “Carmina Burana” (of which he told his editor, “Everything I have written to date, and which you have, unfortunately, printed, can be destroyed. With ‘Carmina Burana’ my collected works begin”) and giving a North American premiere to Jonathan Dove’s “Arion and the Dolphin.” Information is here.

“Enough” by Nozama Dance Collective from 8 to 11 p.m. at Green Street Studios, 185 Green St., Central Square. Tickets are $20. A full-length modern dance performance centered around concepts of female empowerment (“We have heard enough. We have seen enough. We have had enough. Now is the time to embrace that we are enough”) with a portion of ticket proceeds going to charity partner The Big Sisters Association. Information is here.

Dire Literary Series with Atkinson, LaForge and Scrimgeour from 7 to 9 p.m. Saturday at The Center for Arts at the Armory, 191 Highland Ave., Somerville. Curator Timothy Gager’s 18-year-old monthly reading series has moved out of Cambridge as it heads to its final date Oct. 12. Reading this time are Denver novelist David S. Atkinson (“Roses are Red, Violets are Stealing Loose Change from my Pockets While I Sleep,” published July 1); New York poet, memoirist and novelist Jane Rosenberg LaForge (“The Hawkman: A Fairy Tale of the Great War,” published in June); and Salem essayist and poet J.D. Scrimgeour (of the the basketball memoir “Spin Moves,” published in 2000). After the featured readers come four 15-minute open-mic slots. Information is here.

Openair Circus 2018 Performances from 7 to 9 p.m. at Nunziato Field, at Vinal Avenue and Summer Street, Somerville (with three more shows throughout the weekend). Information is here.

SomerStreets: Seize the Summer! from 2 to 6 p.m. Sunday on Holland Street between Davis and Teele squares. Free. Celebrate the season at Somerville’s take on the international Open Streets concept, closing busy city streets to vehicles and opening them up for cycling, walking, dancing and other kinds of activity. Those include live music on two stages, a beer garden; a Somerville Flea, with even more craft and community vendors set up nearby; a 40-foot waterslide open to people of all ages (bring a bathing suit); an aerial performance by Esh Circus Arts; face painting by Tara Perrone; games; and more. Information is here.

Hiroshima-Nagasaki Peace Memorial 2018 from 7:30 to 8:45 p.m. at First Church in Cambridge, 11 Garden St., Harvard Square. Free, but those who plan to attend can register here. This second annual peace memorial event commemorates the 73rd anniversary of the atomic bombings of Hiroshima and Nagasaki, produced by Actors Refuge Repertory Theatre with Night Song and including world premiere theater, visual art, music, meditation and a paper lantern ceremony of peace. Information is here.

Openair Circus 2018 Performances from 2 to 4 p.m. at Nunziato Field, at Vinal Avenue and Summer Street, Somerville (with three more shows throughout the weekend). Information is here.