Longest red lights in Cambridge, Somerville, and longest greens as well, with us for a while 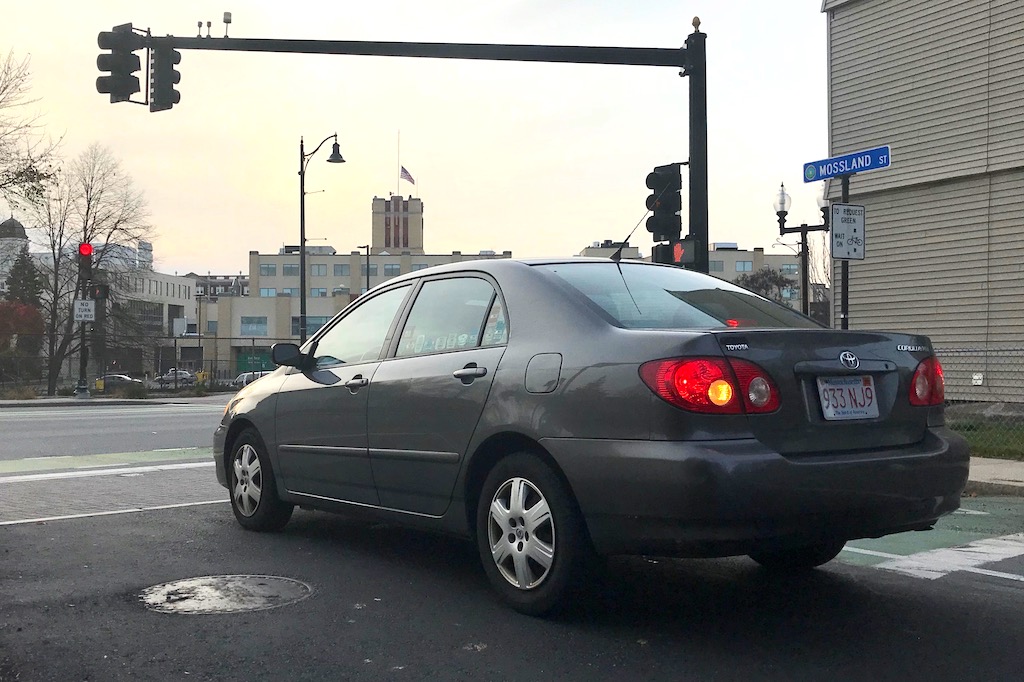 Longest red lights in Cambridge, Somerville, and longest greens as well, with us for a while

If you drive in Cambridge and Somerville, whether it’s a private car, a Zipcar or a Lyft, you may find yourself stopped at a red light and wondering: Is this the longest traffic signal in the city? Fortunately, there can be only one winner for most agonizing delay, though Cambridge Traffic, Parking & Transportation Department director Joseph Barr has helped us pin down the red lights taking gold, silver and bronze within within city limits.

For good measure, Barr supplied the longest greens in Cambridge – the lights you needn’t speed up to slip though, because you’ve got plenty of time to get there.

“These are the longest programmed times,” Barr warned, lest drivers get distracted fiddling with their phone’s stopwatch to check. “Since all of these signals operate within a coordinated system – or are standalone intersections with coordinated phases – actual times can and do vary based on the time of day, the specific way the algorithm is set, type of controller, etc. So depending on when you observe the signal, you may not see these exact times.”

Patrick Baxter, an engineering manager in Cambridge, said to expect Porter Square’s signals to change significantly in coming months and Inman Square’s to change – likely in 2020 – with an upcoming reconstruction project. 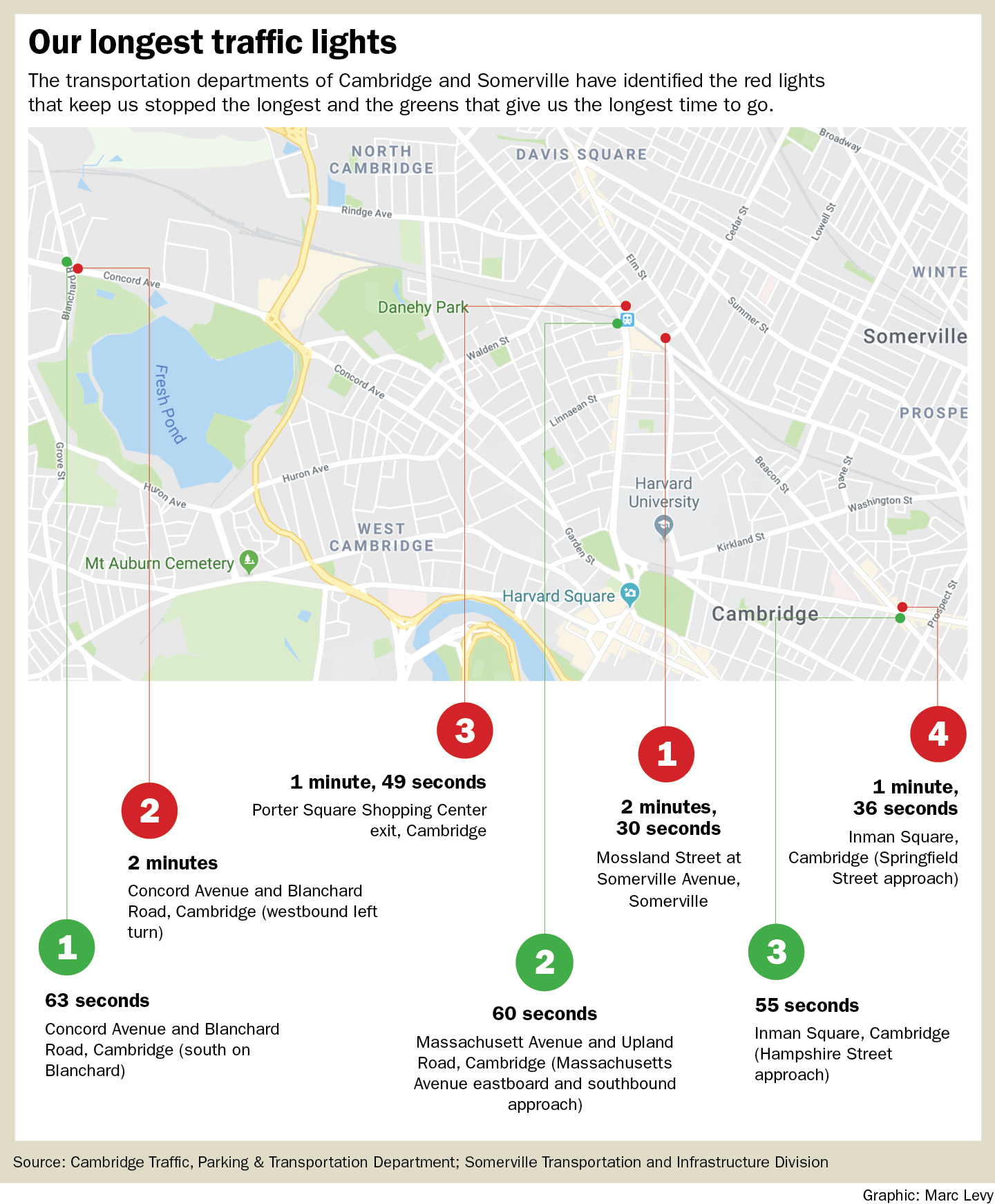 Is Somerville in competition? You bet. A request posed to that city’s Transportation and Infrastructure Division brought a clear winner in the longest-red division – at Mossland Street near Porter Square – but some good news for drivers who get caught at that light or its competitors.

“The city recently carried out signal optimization in Davis Square, reducing the intersection cycle length from 130 seconds to 100 seconds, which has reduced delay for all users,” said Denise Taylor, director of communications and community engagement for Somerville. “The [city] will be prioritizing Somerville Avenue at Beacon Street and Mossland next to reduce the cycle, meaning Mossland and Beacon should receive green lights more often.”

“Even if those green lights are half as long, the light will end up being more efficient – less green time wasted with no one going through it,”  Taylor said. “Compliance by all users increases with these shorter cycle lengths.”