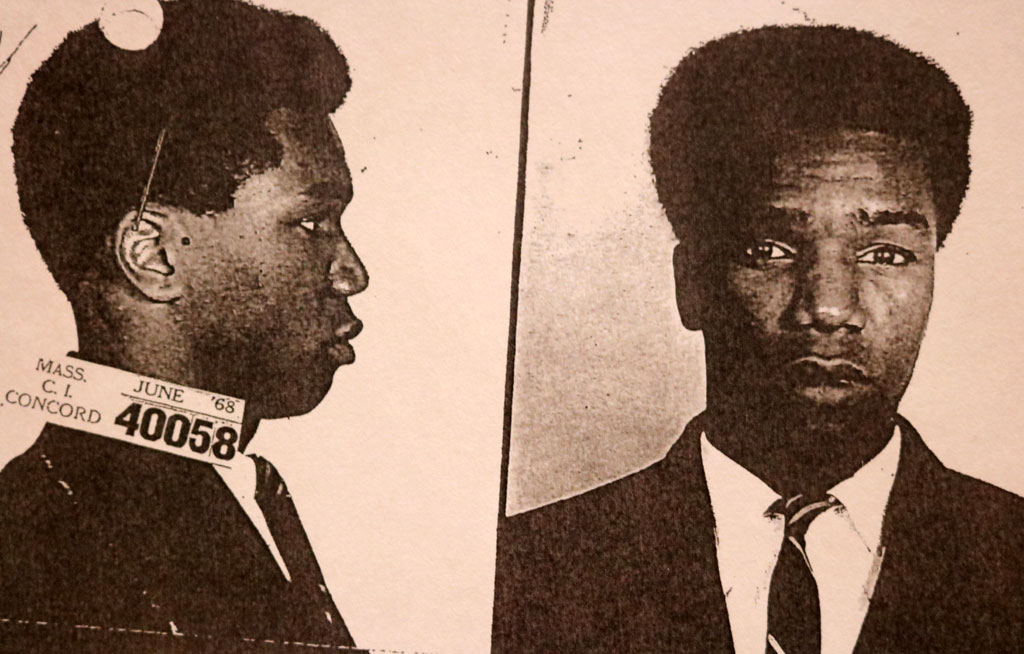 A long-dead, onetime Cambridge resident has been identified as the killer in a 1969 cold case of sexual assault and murder – just one of several rapes and murders now linked to him.

Michael Sumpter, who died of cancer at the age of 54 in 2001, just over a year after being paroled from a 15- to 20-year sentence for a 1975 rape in Boston, has been identified through DNA testing as the person responsible for the Jan. 7, 1969 murder of Jane Britton near Harvard Square.

“The murder of Jane Britton has raised many questions and piqued the interest of members of the community over the past 50 years,” District Attorney Marian Ryan said. “Today I am confident that the mystery of who killed Jane Britton has finally been solved and this case is officially closed.”

On Jan. 7, 1969, at 12:40 p.m., the body of Britton, 23, of Needham, a graduate student in anthropology at Harvard University, was found by her boyfriend dead in her fourth-floor apartment at 6 University Road. He’d seen her the previous night; after she dined with classmates at the Acropolis Restaurant, they met to go ice skating on Cambridge Common followed by a stop at Charley’s pub, then went back across the street to her apartment around 10:30 p.m. He left an hour later and she had a glass of sherry with a neighbor before returning home around 12:30 a.m.

When she failed to appear for an exam the next morning, he came by and found her dead in bed. 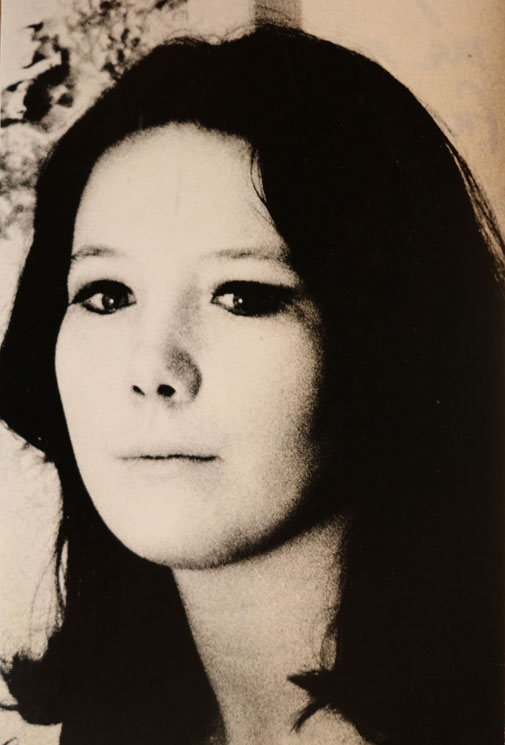 A medical examiner’s autopsy found she had been struck by a blunt object multiple times, resulting in fractures of the skull and contusions and lacerations of the brain that were the cause of death. Tests showed negative blood alcohol, but stomach alcohol of 0.08 percent – Britton was killed shortly after returning to her apartment and what she drank had no time to enter the bloodstream.

A neighbor reported hearing someone on the fire escape to Britton’s apartment earlier on the previous evening; a second witness reported a man around 6 feet tall and 170 pounds running in the street near Britton’s apartment at 1:30 a.m. (Sumpter was 5-foot-11 and weighed 185 pounds when he was arrested in 1972.

A murder weapon was never positively identified, but the examiner collected some forensic evidence.

“This case posed many challenges for investigators. Over the years we followed up on many leads regarding individuals with suspected ties to Jane Britton. Additionally, this case had several red herrings,” Ryan said. “Over time, as people’s memories faded and witnesses died, it became even more difficult to follow up on new investigatory leads.”

By 2017, the Middlesex District Attorney’s Office got requests for the Britton file to be released to the public, and investigators began a review of the file. That included a potentially final check with the State Police Crime Lab about advances in forensic DNA technology – and the lab, back on the case with that new tech, was able to obtain for the first time a male-specific profile from investigators’ original swabs.

In July, the crime lab notified investigators there was a match: to a sample from Sumpter, already long dead by that time, on file at the lab. 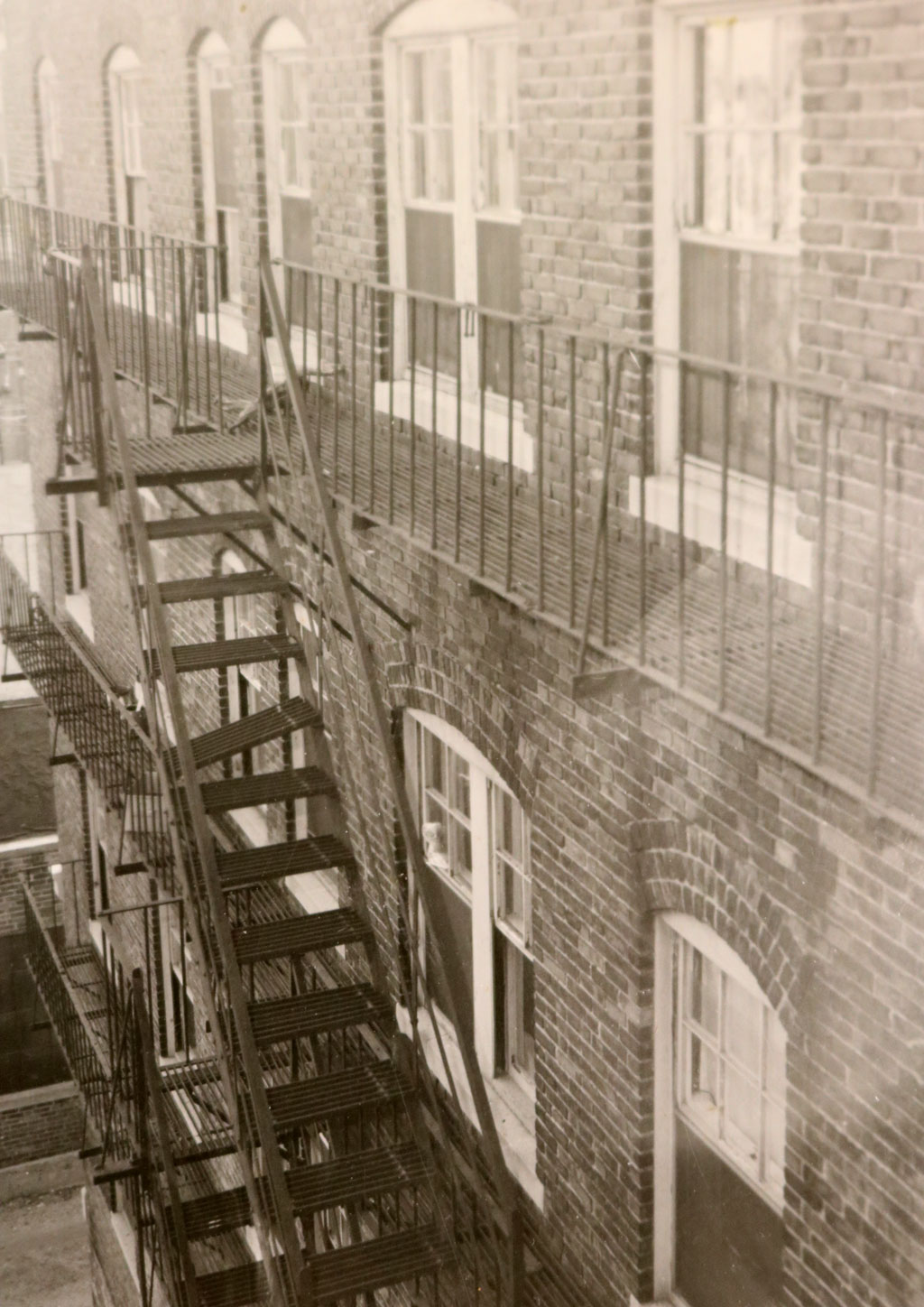 Someone was heard on the fire escape at 6 University Road before Britton’s death.

Testing a sample from Michael’s biological brother excluded 99.92 percent of the male population as the killer, along with Sumpter’s brother, and police decided they had their killer.

“A half-century of mystery and speculation has clouded the brutal crime that shattered Jane’s promising young life and our family. As the surviving Britton, I wish to thank all those – friends, public officials and press – who persevered in keeping this investigation active,” said that brother, the Rev. Boyd R. Britton, now vicar of Anglican Church of Our Saviour, in Santa Barbara, California. “The DNA evidence match may be all we ever have as a conclusion. Learning to understand and forgive remains a challenge.”

Sumpter was no stranger to Cambridge. He lived here as a young child, attended first grade in Cambridge Public Schools, ran afoul of local police during his teen years and had a girlfriend who lived in Cambridge in the late 1960s. In 1967, less than two years before Britton’s murder, Sumpter worked on Arrow Street, about a mile from Britton’s apartment. Three years after it, Sumpter was arrested and convicted of assaulting a woman he’d met at the Harvard Square T stop, blocks from the apartment.

Since his death, DNA testing has connected Sumpter with five sexual assaults, three involving the murder of the victim. In addition to Britton, those are the 1972 murder and rape of 23-year-old Ellen Rutchick in her Beacon Street, Boston, apartment; and the 1973 rape and murder of 24-year-old Mary Lee McClain in her Mount Vernon Street, Boston, apartment. None of the victims are believed to have known Sumpter.

Sumpter was convicted of raping a woman in her Boston apartment in 1975. In 2002, after his death, Sumpter was identified by DNA with yet another stranger rape of a woman in Boston – in 1985, after escaping from work release.

“We are grateful to the many members of the public who have expressed an interest in this case,” Ryan said. “Today we are able to provide closure to Britton’s family, friends and those who knew her.”