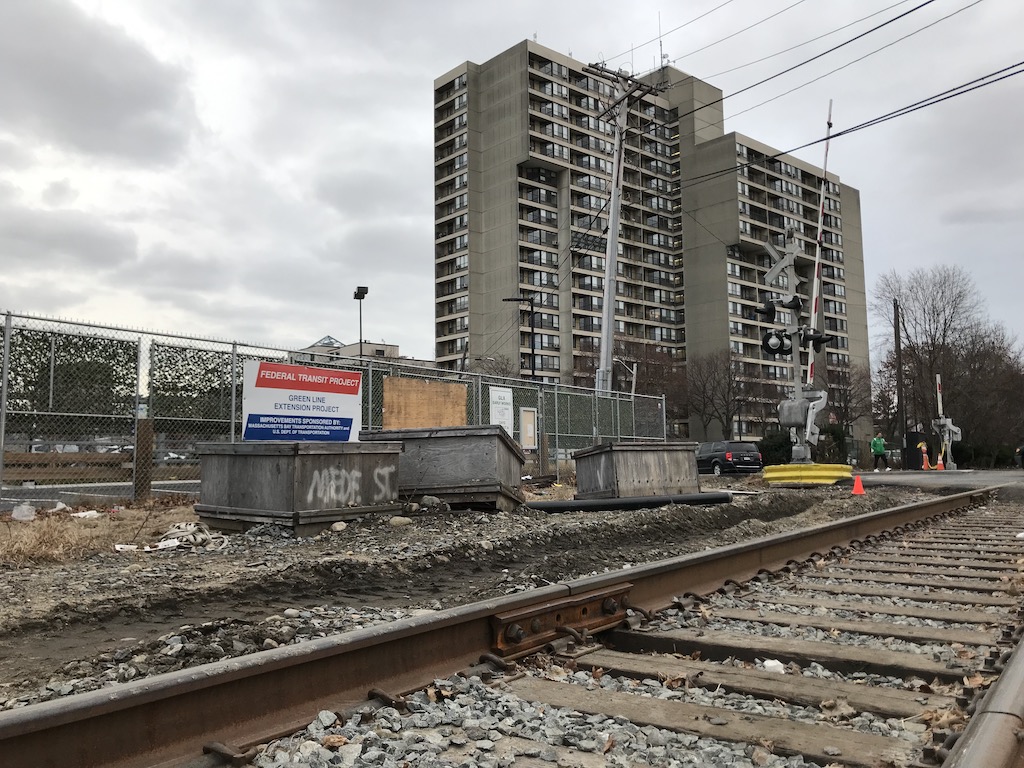 Some improvements to Millers River public housing in East Cambridge could be funded by a Grand Junction Railway easement deal up for a City Council vote on Monday. (Photo: Marc Levy)

It’s one of the most dilapidated public housing developments in Cambridge, and it’s scheduled for a $104 million renovation. As part of that project, the Cambridge Housing Authority intends to turn the Millers River development in East Cambridge into a condominium property – on paper.

No, these condos won’t be the type of housing that has helped give Cambridge its high-rent reputation. Instead, the 297-unit Millers River will be divided into just three that house low-income elderly and younger disabled tenants: Condominium A, with 129 apartments; Condominium B, with 153 units; and Condominium C, with 15 apartments, Authority officials said in November.

The legal structure will “preserve our ability to do further development” on the Millers River site, executive director Mike Johnston told Authority commissioners at their meeting Nov. 14.

The Authority has said it might be able to add up to 200 additional units, 40,000 square feet of commercial space and a 125-car garage on the site while keeping the apartments there now.

The Authority has chosen a contractor, relocated many tenants and intends to finalize the financing of the project Dec. 12. One issue remained up in the air: a request by city officials that the agency turn over a 10-foot-wide strip of land by the railroad tracks that run along the Millers River site. The city says the land is needed for the planned Grand River Junction bicycle and pedestrian path; Authority officials previously said that losing the land could reduce the development potential by 100 units.

The city and Authority have been in negotiations over the deal, and commissioners went into private session Oct. 14 to discuss it. 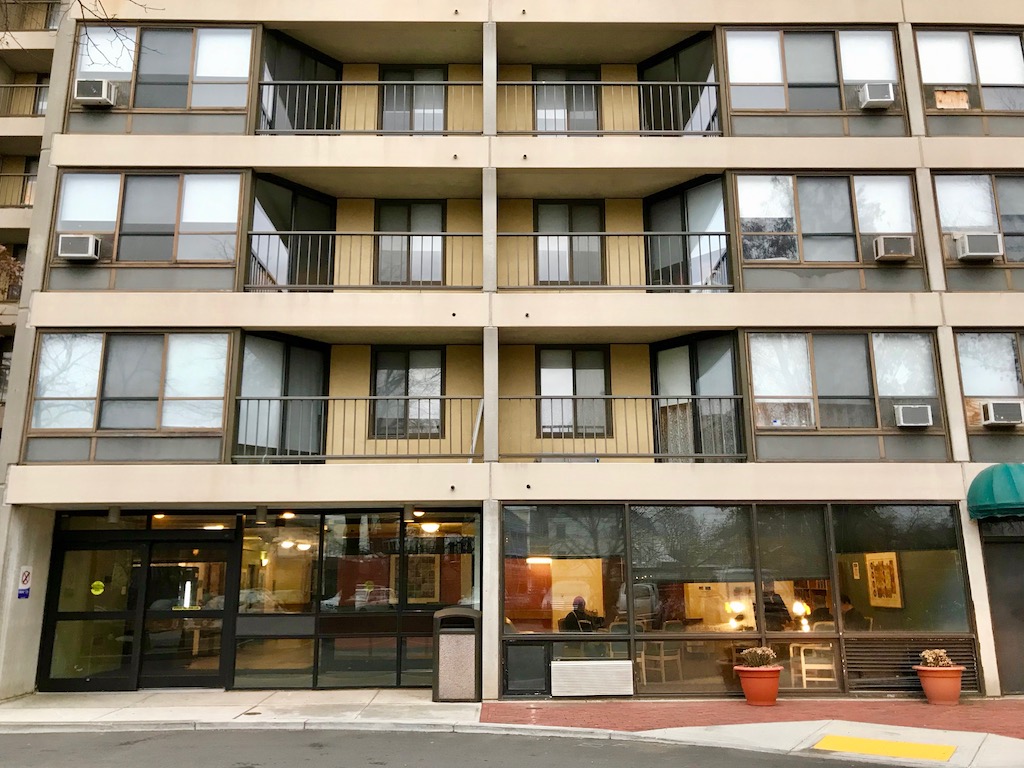 Replacing the existing community center now looks feasible for Millers River upgrades, according to the agenda item on an easement deal with the city. (Photo: Marc Levy)

Those talks have apparently borne fruit. The City Council on Monday will consider a deal to pay the housing agency $5 million in return for two easements giving the city the 10-foot strip of land. According to the agenda item on the agreement, the money will help with the cost of demolishing and replacing the existing community center at Millers River – something likely impossible under the previous budget, officials had said. Some of the payment will also support rehabilitating the 15 units in Condo C, which the Authority had intended to pay for out of its own funds and that will allow the Authority to construct new development on the site. Loans and money from the sale of federal tax credits would pay for repairing the remaining units.

The 15 units in Condominium C are stacked one to a floor in a corner of the existing building and would serve as a connector to the potential additional housing, general counsel Sue Cohen said. Having them set aside in one condominium would make it easier for the Authority to go ahead with the plan for additional development, as the Authority wouldn’t have to remove each unit individually from the complicated structure that is financing the project, planning and development director Margaret Moran said.

The housing authority is renovating its entire public housing portfolio, hoping to preserve what it says are deteriorating apartments that could become so dilapidated that tenants couldn’t live in them. In the face of shrinking conventional  federal support, it has turned to a relatively new federal program called Rental Assistance Demonstration.

The program seeks to use private investment to repair public housing, relying on bank loans and the proceeds from selling tax credits that reward big financial companies for investing in low-income housing. RAD requires public housing agencies to transfer their apartments to private ownership for at least the term of the tax credits, usually 15 years.

The housing authority has completed redevelopment of 1,196 units under the program and continues to manage its properties as part of the deals it struck with investors. It has promised that tenant protections will not change. It also promised that rents wouldn’t go up, but a small number of tenants with the highest incomes do face increases. Tenants in RAD properties get Section 8 rent assistance certificates to keep the housing affordable. The federally funded program allows tenants to pay no more than 30 percent of their income for rent; the government pays the rest.

Some of the remaining units to be renovated require too much money for that program to work, Authority officials say. Millers River and five others have been approved for redevelopment under an older federal program known as “disposition,” and the Authority intends to ask federal officials to approve four more sites intended originally to be included in RAD. The disposition program also gives Section 8 certificates to tenants, but at a higher rate of federal payments to the Authority.

The Authority has collected some of those higher payments by converting Millers River to the disposition program before it starts renovations. It’s that extra money that would have allowed it to finance repairs of the 15 units in Condominium C with the Authority’s own funds, Moran said.