‘Vice’: Bale submerges self into role of Cheney for an overall shallow look into the Bush years 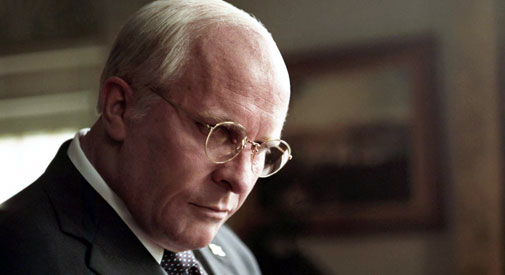 ‘Vice’: Bale submerges self into role of Cheney for an overall shallow look into the Bush years

For all the gonzo intelligent narrative devices laid down in “The Big Short” (2015) – a film rightfully regarded for its unconventional tact and devilish skewering of Wall Street greed – “Vice,” the latest from “Short” director Adam McKay, takes a stumble into the pool of smug self-indulgence. 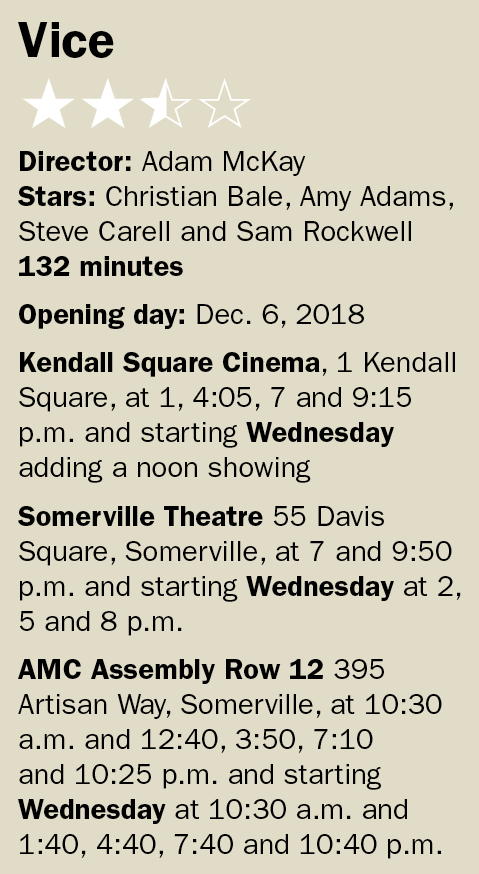 First it must be said that Christian Bale, under tons of makeup and with a harsh, whispery intone – almost like his Batman voice – brings the incarnation of former “Vice” President Dick Cheney to life with astonishing credibility. What doesn’t work in this “W”-esque biopic is the singular throttle of Cheney as the Darth Vader of backroom politics. The film is a series of vignettes: The young Dick, an underachiever working on oil rigs, drunken and failing out of Yale, but then the rise in business, the union with wife Lynne (Amy Adams, underused in the thankless role of garnish) and Halliburton raking it in after Desert Storm. The Cheneys are rich and, at 45 minutes in, the credits roll. That’s one of the many McKay-infused shenanigans (like Margot Robbie in a hot tub with a glass of champagne to explain complex investment vehicles in “Short”) that don’t quite aid the satire, but more stoke the flame as things begin to wane.

After the “fake” credits roll, the call from W comes. During a man-to-man backyard barbecue Cheney casts a dark spell over Bush (Sam Rockwell, restrained and spot-on in the small part) growling about special power if he signs on as VP.  From there it’s a mad shell game, pulling strings from behind the curtain, undermining foes with glee and raking it in. That weapons-of-mass-destruction declaration goes ka-ching to Cheney’s ears.

The Scooter Libby scandal and that infamous shotgun blast all make it in via campy digs that feel more vindictive and skewed than they are of validating some truth. The whole film’s narrated too by some kind of Nick Carraway voice, and when you finally find out who it is, you might have a heart attack over the revelation. Kitsch is where the heart is.

The Cheneys’ biggest humanization comes in the defense of their gay daughter at multiple turns, but even there, McKay paints Cheney as an arduous manipulator worming and working for the win-win – giving the conservatives ins on the gay marriage issue while taking his daughter off the table.

If you’re looking for the real Dick Cheney, there’s probably plenty of nuggets here, but the portrait is so lopsided and skewed you’d almost think it was Michael Moore behind the lens. Bale, while totally convincing and immersed, is afforded only the opportunity to do SNL skit impersonations. Besides the bro barbecue with Bush, Cheney’s not much more than a hiss or a head cock from his Vader throne, using his force to manipulate the universe for evil gains.