Sugary drinks, diet sodas have been removed from every Health Alliance vending machine 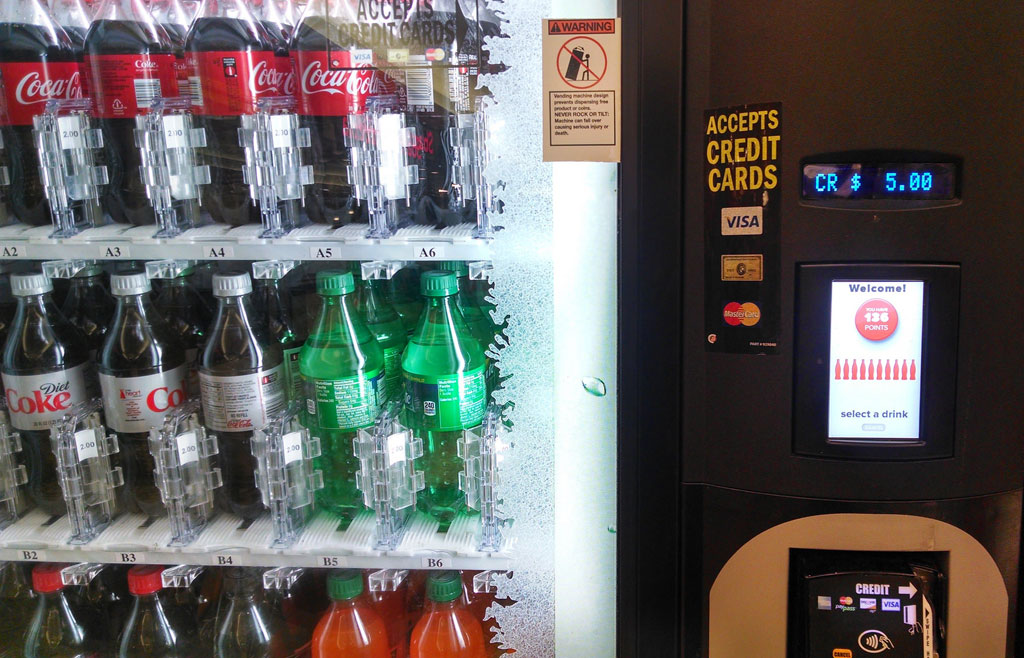 Sugary drinks, diet sodas have been removed from every Health Alliance vending machine

Cambridge Health Alliance no longer sells sugary drinks and diet sodas in any of its locations in a campaign to promote health and prevent sugar-linked disease among employees, visitors and the community. The health care system began removing the targeted drinks from vending machines, gift shops and cafeterias late last year and launched the program officially Jan. 1, spokesman David Cecere said.

The policy doesn’t prevent people from bringing in sugar-sweetened and diet drinks, and patients staying in the hospital “will still have access to beverages they prefer, such as juice and regular and diet soda,” Cecere said.

The amount of sweetened sodas and drinks people consume has been linked to increased prevalence of obesity and diabetes. Federal data averaged over 2011 to 2014 show that about half of U.S. adults and two-thirds of youths aged 2 to 19 drank at least one sweetened beverage every day.

Public health officials and advocates have tried to reduce consumption of sugar-sweetened drinks with a number of initiatives, including laws and policies eliminating them from school vending machines and cafeterias, and taxes.

Hospitals at the forefront

Hospitals have joined the effort. Fairview Hospital in Great Barrington, a 25-bed facility, was the first in the United States to eliminate sugar-sweetened drinks from its campus, in 2010, according to a food industry publication. Fairview also doesn’t offer the beverages to patients.

At least 10 hospitals in Boston have adopted some sort of policy aimed at reducing onsite consumption of drinks with added sugar. Most haven’t stopped offering the beverages, but try to dissuade employees and visitors from buying them and other unhealthy food with pricing and by marking food options with red, yellow or green labels (green means best, yellow means better, and red means think before you buy). Carney Hospital and St. Elizabeth’s Medical Center have eliminated sugar-sweetened drinks from their cafeterias and, at Carney, patient meal trays, according to the Boston Public Health Commission. The commission didn’t mention diet drinks.

The Alliance has also instituted a “traffic light” labeling campaign. It’s advertising the new policy eliminating diet drinks and sugar-sweetened beverages with posters that flash on a screen in the Cambridge Hospital cafeteria.

At a Jan. 10 meeting of the CHA trustees’ committee on population health, members suggested that they might focus their next efforts on getting state legislators to approve a tax on sugar-sweetened beverages. State Sen. Jason Lewis, a Winchester Democrat who attended the meeting, said he will reintroduce a bill to accomplish that. The bill, first filed in 2017, would tax drinks according to their sugar content.

Others suggested that the Alliance use its new policy to study the impact of such initiatives. Some research on the effect of banning sugary drinks from schools indicates that students bought fewer sodas at school but consumption increased outside of school. Research about hospital policies has focused mostly on the impact on revenues from food service and gift shops.

Former Cambridge city councillor and mayor Henrietta Davis proposed in 2012 to ban Cambridge restaurants from serving “super-sized” drinks with added sugar. The Public Health Department – operated by the Alliance – was lukewarm, citing lack of evidence of effectiveness and an ultimately successful lawsuit against a similar rule in New York City. Eventually the proposal died when the Food and Fitness Policy Council gave it thumbs down without explaining why.

Meanwhile, the city promotes other policies to limit sugary drinks. Beverages with added sugar are banned in vending machines and cafeterias in public schools, in compliance with state law.  Food and drink with artificial sweetener is also banned.