ChoCho’s sees challenges reopening after fire, but menu is still a highlight of Porter eateries 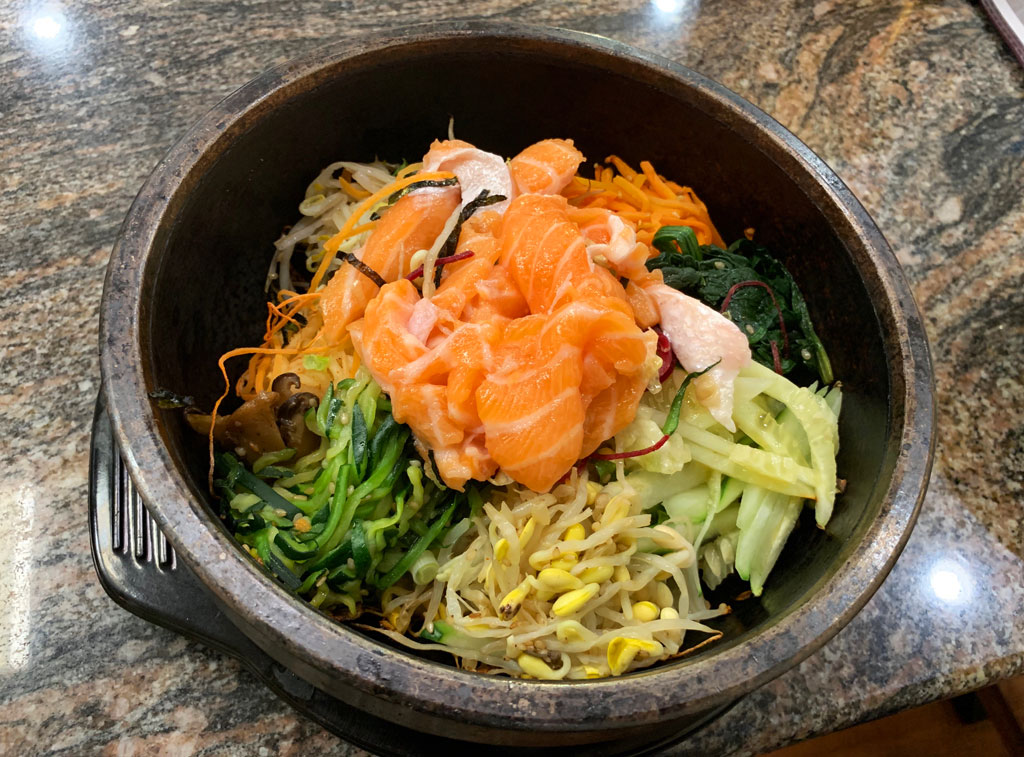 ChoCho’s sees challenges reopening after fire, but menu is still a highlight of Porter eateries

The ok dol bibimbap with salmon, served in a sizzling hot stone bowl is a classic at Chocho’s in Porter Square. (Photo: Tom Meek)

ChoCho’s, the Korean eatery among a half-dozen Asian choices at 1815 Massachusetts Ave., reopened last month after being closed since a May electrical fire. After much remodeling and mitigation, and despite 16 years in Porter Square, the restaurant has struggled with staffing and regrowing its clientele.

In correspondence with co-owner Eunmi Cho and her son Walter, the Chos said they were greatly relieved to have their regulars back, but the costs of rebuilding and insurance process has taken its toll. Eunmi and her husband Sang also run Yotopia, the neighboring shop with bubble tea, self serve fro-yo and other treats, which stayed open during the seven months ChoCho’s was closed.

The renovated space has been enlarged some, and the menu slimmed down, but savory classics  remain, such as the ok dol bibimbap served in a sizzling hot stone bowl (rice, veggies and a choice of protein – bulgogi, chicken or salmon), the signature soondubu tofu soup that comes with banchans (little snack plates such as kimchi and seaweed salad) and marinated short ribs (kalbi) from the grill. They’ve added a popular bulgogi taco. 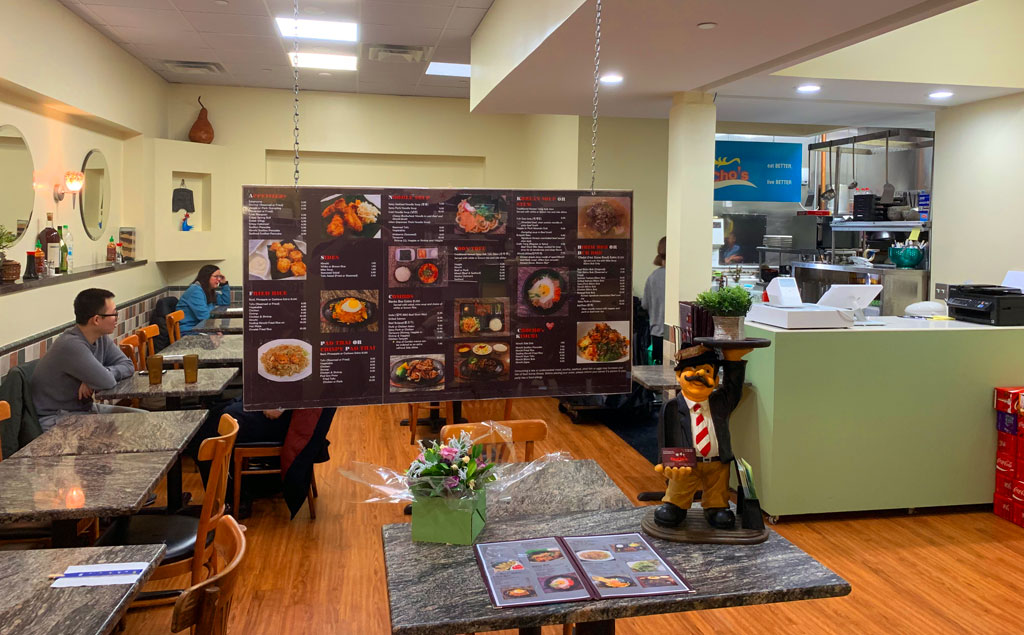 ChoCho’s Korean eatery has been in Porter Square for 16 years, with a seven-month gap recovering from a fire. (Photo: Tom Meek)

ChoCho’s is one of the few Korean eateries in Cambridge, even among the neighboring food court-style offerings. Coincidentally, on the day ChoCho’s caught fire, there was also a fire at Koreana, owned by Eunmi’s brother Jae Chung (who ran the Jae’s chain of restaurants in the 1990s); it reopened almost immediately, though.

The holiday timing, when students are away, may have contributed to a slow reboot at ChoCho’s. That said, Yume Ga Arukara Udon (from the owners of Yume Wo Katare, five minutes’ walk up Massachusetts Avenue) has been drawing long lines of udon seekers across the hall since its rave from Bon Appetit. ChoCho’s has udon too, as well as healthy menu offerings that could please people signing up at Planet Fitness downstairs, and whole the cold may keep some away, the stone bowl bibimbap is a perfectly delicious solution for it, with crispy cooked rice and sweet  and spicy gochujang (chili) sauce. But you can’t top the chill-eradicating delight of a boiling bowl of soondubu tofu soup (in vegetable, seafood, bulgogi and kimchi versions) that you drop a raw egg into and let cook. It comes in varying degrees of spice – best to go up if you can; it’s a great cold chaser and nose-clearing medley of flavors.

“We are excited to be back up and running,” Eunmi said via an email. “It’s as if nothing happened, and I hope future customers who have never eaten at ChoCho’s come enjoy what we have to offer.”