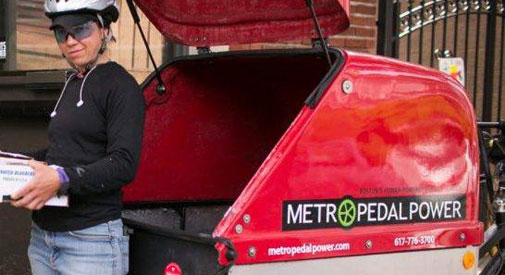 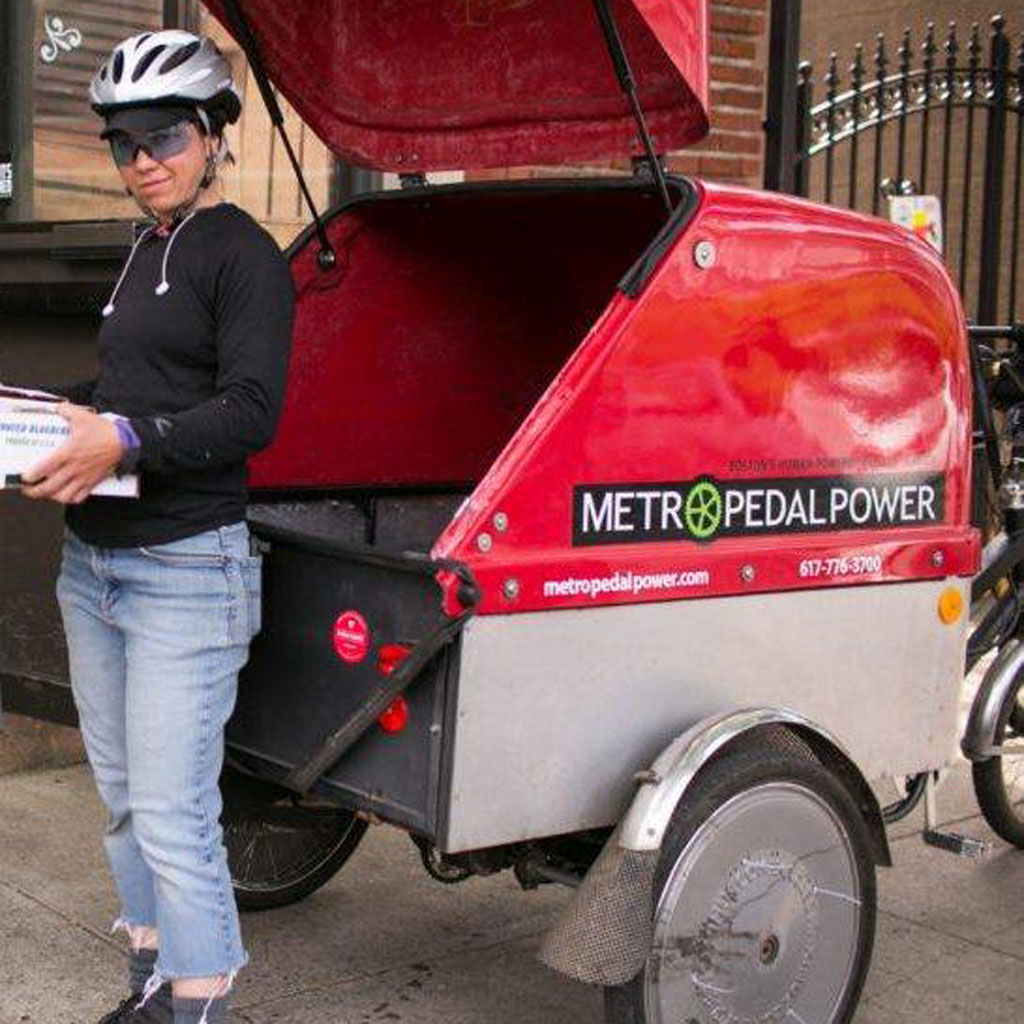 Wenzday Jane, founder of Metro Pedal Power, said this week that she is shutting down the business. (Photo: Wenzday Jane via Facebook)

The Metro Pedal Power bike courier and delivery service is shutting down, according to a client and Tuesday post on Facebook by founder Wenzday Jane, but fans of the concept hope the situation isn’t permanent.

“Metro Pedal Power is closing our doors,” Jane said in the “bittersweet” announcement telling friends and customers of a springtime closing. The statement thanked supporters, customers and coworkers. “I don’t know what’s next for me, but my heart is full of gratitude and excitement for a new chapter.”

Jane began Metro Pedal Power in 2007 and won contracts with the City of Cambridge to pick up recycling from parks and other public spaces and to deliver products from farm shares and food from local restaurants. Over time she built the business to 10 riders using heavy-duty, $5,000 trikes shipped from England. But her business was based in Olive Square, near Somerville’s Union Square, which has seen real estate prices surge from speculation sparked by plans to bring in a green line extension T stop.

Farmers To You, which used Metro Pedal Power to deliver its farmer-produced goods to homes and offices, said Friday that with Metro Pedal Power closing at “the end of April,” it would take over delivery – seamlessly, it hoped – at the start of May. “Metro Pedal Power has done an amazing job delivering all of our home/office delivery orders, and we have been so lucky to work with them over this last decade – since the very beginning,” the organization said in an email. “Metro Pedal Power is leaving big shoes to fill.”

Steve Nutter, executive director of the nonprofit organization Green Cambridge, said he hoped Jane’s announcement was not the end.

“Green Cambridge is interested in making sure Metro Pedal Power, at least the concept of it, survives in some way,” Nutter said. “The idea of the human-powered vehicle is a really good demonstration vehicle and fits into our other work.”

The organizations have been strategizing to see how to make the concept work even if the Olive Square space is lost, Nutter said. “There’s definitely a need for the services she provided. I’m a fan and want to see a continuation of the work,” he said.

Attempts to reach Jane and Metro Pedal Power via phone and social media were unsuccessful Friday.