‘Aniara’: Another trip to deep space goes awry, a getting away from it all that demands escape 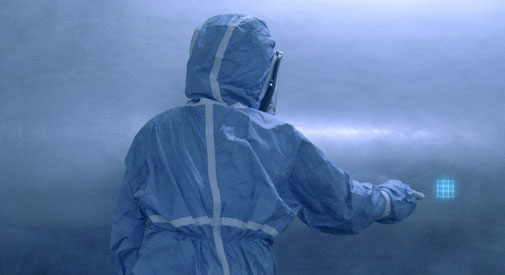 ‘Aniara’: Another trip to deep space goes awry, a getting away from it all that demands escape

Much of this sleek Swedish sci-fi flick may feel borrowed from the recent, grim “High Life” from the unlikely source of Claire Denis, but its roots go back to the similarly named 1956 poem by Nobel laureate Harry Martinson. Like Denis’ contemplation on loneliness, lust and what constitutes law and righteousness beyond the outer limits, “Aniara” dumps us aboard an outer space cruise ship occupied by souls from wildly varying social strata. The vast voyager comes replete with discos and gourmet eateries, but it is not a vacation, not by any means. Those aboard are en route to a Martian colony because Earth has become uninhabitable. 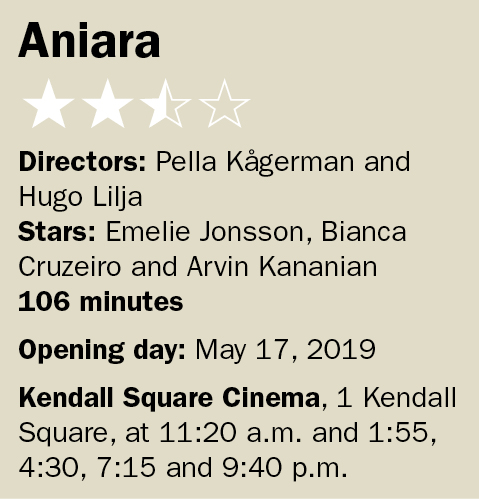 Not long into the journey something goes bump, and The Aniara gets knocked off course and on a trajectory out of the solar system and into deep space. The initial projection of two years to get the engines back to full capacity and get back on course comes as a bit of a bummer – it was supposed to take three weeks to get to Mars – but hey, they have unlimited algae, so all’s good, right? No. Plans don’t go accordingly, timelines shift, cults form and society devolves into chaotic semi-lawfulness. Think Ben Wheatley’s adaptation of J.G. Ballard’s 1975 dystopian novel “High-Rise” (2016) and you’d have the right idea.

It’s a piquant setup and something of an existential exercise, pitting hope against the torturous throes of not knowing. As adapted by first-time feature filmmakers Pella Kågerman and Hugo Lilja, the time-hopping narrative orbits around a strawberry-haired woman blessed with the gender opposite moniker of MR (Emelie Jonsson). MR proves quite the gravitational point; she’s the tech who runs the mental relaxation room known as Mima. The small, seatless amphitheater’s something like your favorite bar and bartender without the hangover – kind of: While resting in an inverted yogi Savasana pose, waves of flame shoot across the ceiling of Mima while visitors in their hyper-relaxed state take walks along the beach or a stroll through a verdant forest. In short, they get to go to their happy place. As the reality of return becomes increasingly glum, the demand for Mima spikes. And even there, the prospect for virtual escapism begins to become something of a shop of horrors.

The catch with “Aniara” becomes its overly ambitious scope, which begs for the razor eye of a master (say Kubrick or Tarkovsky); Kågerman and Lilja get the grandness and wonderment of the universe beyond right, but their chapter-esque jumps in time tend to break apart what came before. MR ultimately pairs up with fellow female crew member Isagel (Bianca Cruzeiro), so there’s something at risk emotionally and we’re reassured that true human companionship bears more value than a visit to Mima – phew. Years out, as prospects gray and the suicide rate skyrockets, folk still party like its 1999, engage in ritualistic orgies and even bear babies. Is it sustainable? It turns out space is a very cold place to contemplate time.