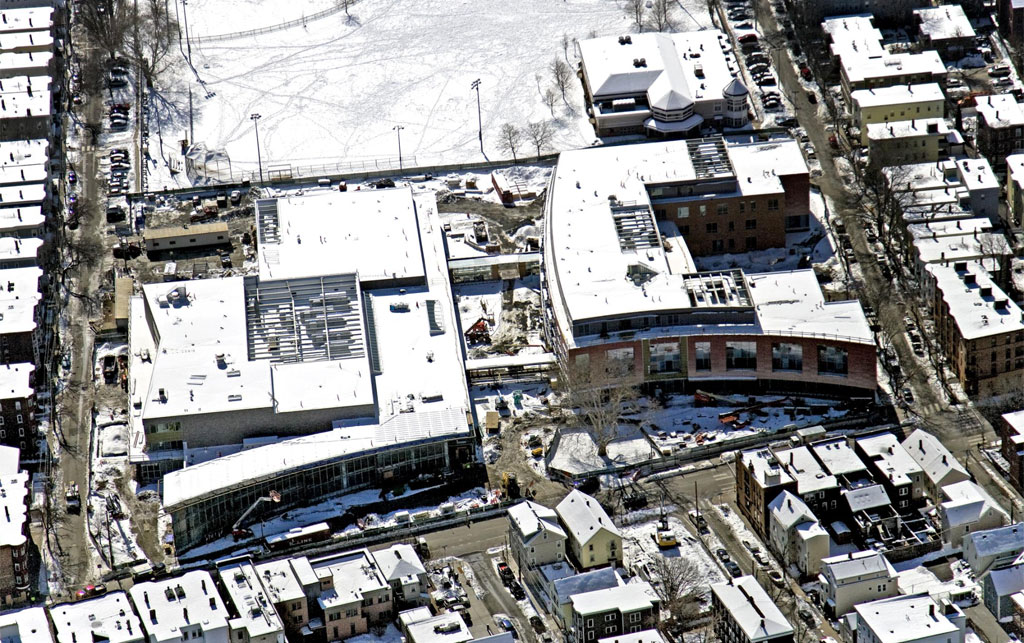 City Council, at 5:30 p.m. Monday at City Hall, 795 Massachusetts Ave., Central Square. Televised. Some councillors ask if it’s possible to reduce or eliminate building permit fees for 100 percent affordable housing developments, and want the Community Development Department to set up workshops around the city to familiarize residents with the city’s affordable housing zoning overlay proposal. There are also requests to get the city’s Law Department working on city-specific regulations for car services such as Lyft and Uber that would even the playing field for taxis; make the industry-owned and fenced-off Jerry’s Pond near Alewife more accessible and inviting to the community; and for a report back on the results of a pilot program providing free menstrual products in public restrooms asked for in the spring of 2016.

Grand Junction community meeting, from 5:30 to 8 p.m. Tuesday at the Community Art Center, in No. 6 at 119 Windsor St., The Port. Learn about the proposed path that is meant to run alongside existing Grand Junction train tracks from the Boston University Bridge to Somerville so residents, schoolchildren, workers and visitors can stroll, jog or bike among neighborhoods.

School Committee, at 6 p.m. Tuesday in the Dr. Henrietta S. Attles Meeting Room at Cambridge Rindge and Latin School, 459 Broadway, Mid-Cambridge. With unhappiness over the Massachusetts Comprehensive Assessment System exacerbated by a recent question about race, committee members could ask the Massachusetts Association of School Committees to help move the state away from standardized testing by becoming one of the states allowed to “pilot innovative systems of assessments.” Since there’s also been recent outcry about setting lower academic goals for students of color – eighth-grade math and third-grade reading are called out – another proposal would set equal goals for all subgroups. Other policies coming up for discussion would update the high school’s attendance violation policy and keep younger students (up through the second grade) from being suspended out of school for any reason. There’s a proposal to stop district funds from being used to buy environmentally disastrous bottled water; about three dozen contact renewals; and agreement approvals needed to encourage faculty to help pack up the Graham & Parks School for a deep cleaning this summer (there’s $200 per teacher and potential overtime in play); a similar deal to help move to the newly constructed King Open elementary school and Cambridge Street Upper School for the upcoming academic year; and an agreement about over-enrollment expected in the first and second grades at the Dr. Martin Luther King Jr. School.

Public art about women’s suffrage: What and where?

Nineteenth Amendment Centennial Committee, at 6 p.m. Tuesday in the second-floor Sophie Anastos conference room at City Hall, 795 Massachusetts Ave., Central Square. This group talking about where to put public art relating to the 19th Amendment – codifying that women have the right to vote – will discuss members’ Sunday visits to possible host sites and review the process for commissioning public art.

New Street self-storage plan is back with housing

Planning Board, at 6:30 p.m. Tuesday in the second-floor meeting room at 344 Broadway, Mid-Cambridge. The board will hear a revised plan for New Street overlay district zoning, which would remake a 44,000-square-foot parcel near Danehy Park where an Evolve Gym has been operating. Last summer the plan was for just a four-story self-storage facility, but the developers put a hold on what was looking like an unpopular request; the current plan still seeks to put in a self-storage facility with less parking than has traditionally been required, and with an increase in allowed height to 65 feet from 45 feet – but would also require 8,000 square feet of affordable housing and call for zoning changes making it easier to get both uses onto the space. “The building that we would ultimately propose would include a streetscape that would have housing along the front and right corner as it runs along the park, and a gym on the ground floor,” making for livelier street, Self Storage Group company principal George Bachrach told city councillors at their May 6 meeting. Televised.

Carl Barron Plaza reconstruction open house, from 6 to 9 p.m. Wednesday in the first-floor community room of the Manning Apartments, 237 Franklin St., Cambridgeport. This meeting will look at existing conditions at Central Square’s Carl Barron Plaza and brainstorm design ideas for when it is rebuilt as part of a River Street reconstruction project.