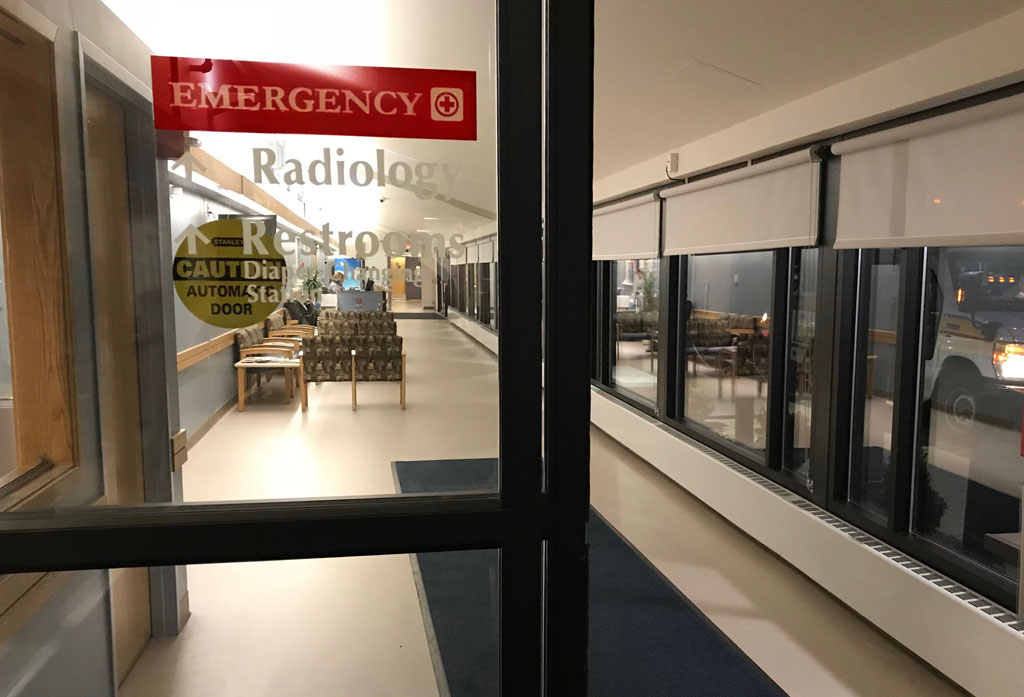 The Somerville Hospital emergency room gets 28,000 visits a year, by one estimate, that will have to be diverted elsewhere if Cambridge Health Alliance closes it. (Photo: Marc Levy)

Cambridge Health Alliance may close the emergency room at Somerville Hospital and replace it with an urgent care center, the health care system confirmed Friday. Officials are considering that change along with other “service recommendations,” an Alliance statement says.

Union nurses were the first to make the proposal public, after employees learned of the plan when meeting with managers May 1, Massachusetts Nurses Association spokesman David Schildmeier said. The union has launched a campaign to stop the closing, calling it dangerous, and is circulating petitions in Somerville, Schildmeier said.

A leaflet prepared by the union and others opposed to the proposal says the closing will leave residents of Somerville, Arlington, Bedford, Lexington, Medford and Malden without a full-service emergency room. It will force patients to travel to Boston, Cambridge and Everett for emergency care, increasing crowding there, the leaflet says.

The Alliance developed the proposal after inviting Somerville residents to talk about health care and community needs at six “listening sessions” in March and April 2018, the CHA statement says. The organization also surveyed residents, posting the survey online. The “key findings” about needs included “increasing access to convenient and affordable urgent care,” the statement said. Other needs were responding to the increasing number of young people in Somerville and maintaining access for “the underserved who are core to our mission,” the statement said.

There are several freestanding urgent care clinics in or near Somerville. They include Carewell Urgent Cares at 849 Broadway in Powder House Square and 1400 Cambridge St. in Inman Square, as well as a Partners Urgent Care at 1815 Massachusetts Ave. in Porter Square, near the Somerville line. Carewell is a clinical partner of the Alliance. The clinics accept most commercial insurance, Medicare and Medicaid, though Partners does not accept Medicare managed care plans.

A spokeswoman for Somerville Mayor Joseph Curtatone didn’t respond to a request for comment on the proposal Friday. Curtatone told the Somerville Journal last month that he was “deeply concerned” about the potential impact and urged the Alliance to “discuss this more thoroughly with the community before taking action.”

CHA spokesman David Cecere said the Alliance plans more community meetings this month and in July. A final proposal will be made to its board of trustees after those meetings, the Alliance statement said.

The Alliance must notify the state Department of Public Health if it plans to discontinue a service. If the state agency finds that the service is “essential” it can order CHA to submit a plan outlining alternative services, but the state can’t prevent a closing. In 2013, the health care system said it would cut 11 of its 27 psychiatric beds for children and adolescents and stop serving children under 8. Councillors and many advocates protested; the state ruled that the cuts affected an essential service. The Alliance dropped the plan after state legislators appropriated money to support continuing the service.

The Department of Public Health “was made aware” in December that CHA “may close” the Somerville emergency department and replace it with an urgent care clinic, spokeswoman Marybeth McCabe said. The Alliance hasn’t submitted a formal notification, she said.

The Somerville emergency room is one of only six such “satellite emergency facilities” in the state that are not attached to an inpatient unit, McCabe said. The others are in Webster, Ware, North Adams, Quincy and East Boston.