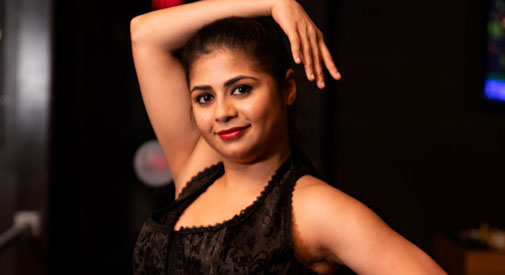 “The Velvet Egg” comedy show and screening at 7 p.m. at Olé Mexican Grill, 11 Springfield St., Inman Square. Tickets are $5 (with fees, $6.94) for this all-ages show. The short film “The Velvet Egg,” made during a 48 Hour Film Project and winner of a “Best Of” nod, gets a screening and accompanying comedy show from cast and crew. It takes place on the site of the former Ding Ho, where the comedy boom of the 1980s was basically birthed by comedians such as Steven Wright, Bobcat Goldthwait, Jimmy Tingle and club founder Barry Crimmins. But, like, no pressure. Information is here.

“Singleton” play reading from 8 to 10:30 p.m. at the Central Square Theater, 450 Massachusetts Ave., Central Square. Free, but register here. A new, full length play by Pete Riesenberg gets a reading via The Office of War Information’s Bureau of Theatre (relocated from Los Angeles, where it was founded in 2004), exploring the consequences to a marriage when the mother decides to reduce her twin pregnancy to just one child – but she and the father clash over whether to abort by gender, or leave it to fate. A Q&A follows. Information is here.

Elizabeth Gilbert reads from “City of Girls” at at 7 p.m. at Harvard Memorial Church, 1 Harvard Yard, Harvard Square. Tickets are $29.75 (with fees, $32.23) including a pre-signed copy of the book. The “Eat Pray Love” author brings to town her new novel, a love story set in the New York theater scene of the 1940s that Kirkus praised for its “terrific characters, gorgeous clothing, great one-liners, convincing wartime atmosphere and excellent descriptions of sex.” So. Information is here.

TV Theme Song Night from 8 to 10 p.m. at The Lizard Lounge, 1667 Massachusetts Ave., between Harvard and Porter squares. Tickets are $10 (with fees, $11.49), or $12 at the door. Miriam, a country-infused rock band fronted by Carla Ryder and Amy Fairchild, does its usual set – and then its own take on television theme songs such as from “Laverne & Shirley” and “Family Ties.” Information is here.

“Folked Up” from 6:30 to 8:30 p.m. at Cambridge Community Television, 438 Massachusetts Ave., Central Square. Free. The monthly folk showcase features Andy Brink, Redwood Rain and Morgan Miller (pictured), described as singing “a high and lonesome falsetto over cascades of chords that you almost certainly haven’t heard before in any context, let alone the folk music paradigm of this show.” Information is here.

Classic movie: “Little Shop of Horrors” from 7 to 9 p.m. at Vox Pop, 431 Artisan Way, Assembly Square, Somerville. Free. This funny horror story of a plant with an appetite for human flesh and blood has been remade as a musical on film and stage – but this is the 1960 original, with a legendarily weird bit part from a young Jack Nicholson. There’s a post-film discussion with Neal Jones, actor, cinematographer and host of the “Without your head” podcast; Seth Chatfield, actor in indie horror films such as “Clickbait” and “Blood of the Tribades” and now director of “Winkville,” playing in festivals; and actor and comedian Josh Teale. Information is here.

“Reinvented: Drawn to Art” exhibition reception from 6 to 8 p.m. at Gallery 263, 263 Pearl St., Cambridgeport. Free, but register here. The show features the work of 10 artists who pursued their passion for the arts after working in other fields, organized with one of the featured artists: Henrietta Davis, former mayor of Cambridge. Information is here.

“What They Think We Are” from 8 to 11 p.m. at Unity Somerville, 6 William St., just off College Avenue near Davis Square, Somerville. There is a suggested donation of $5. “Scholarship kids” commiserate about their troubles at a mostly white boarding school, but their friendship is tested by a series of personal tragedies, uncomfortable revelations and betrayals in this one-night-only performance from [email protected] of a play by Nick Malakhow, directed by Andrea Humez. There’s a talk-back afterward. Information is here.

Festival of Us, You, We & Them starting at 5 p.m. (and continuing Saturday and Sunday) at The Dance Complex, 536 Massachusetts Ave., Central Square. Most events are free. A celebration of art and movement with more than 30 open rehearsal and demos, presentations and tours mixed in with classes. Friday brings a free Double Star music performance on the patio and Flamenco presentation. Information is here.

Evening Reading Series at Lesley University from 5 to 8 p.m. (and continuing daily through June 28) at the Marran Theater, 34 Mellen St., on Lesley’s Doble Campus in the Agassiz neighborhood near Harvard Square. New York-based journalist and author Cheryl Lu-Lien Tan (the novel “Sarong Party Girls” and the food memoir “A Tiger in the Kitchen”) headlines writers reading from their works in nonfiction, poetry, fiction, writing for stage and screen and writing for young people. Today: fiction writer Michael Lowenthal and nonfiction writer Janet Pocorobba. Information is here.

Summer Solstice Celebration from 5 to 9 p.m. at the Harvard Museums of Science & Culture, 11 Divinity Ave., in the Agassiz neighborhood near Harvard Square. Free. On the longest day of the year, this four-museum collection opens its doors and offers some treats just for the day., including circus performers, the ability to play with an Egyptian hippo goddess in augmented reality, a visit from the Animal Craze Traveling Farm and food truck fare. Information is here.

Park Sounds X from 5 to 11 p.m. at Winthrop Park in Harvard Square. Free. Outdoors music with available food and beer, and rosé on tap, this time with bands Copilot, Justin Nash Fisher, Leon Trout and Paper Citizen. Information is here.

Anna Oppermann: Drawings from 6:30 to 8 p.m. at The Carpenter Center, 24 Quincy St., Harvard Square. Free. The first U.S. solo exhibition of Oppermann’s surreal, almost psychedelic drawings in two decades. The show is up through Sept. 29. Information is here.

“The Grace of Mary Traverse” from 8 to 10 p.m. (and repeating Saturday) at the Friends Meeting House, 5 Longfellow Park, near Harvard Square. Tickets are on a sliding scale, with a $10 minimum requested. Collective Hysteria, a young theater company of Boston University alums, take on the 1985 play by Timberlake Wertenbaker (whose name was really considered something until Benedict Cumberbatch burst on the scene) about a woman who’s never been outside but is about to be married off – until her servant, Mrs. Temptwell, entices her into an underworld of vice, sex, politics and revolution. Jessica Scout Malone directs. Information is here.

Bridgeside Cypher from 8 to 11 p.m. (and repeating Saturday) in Graffiti Alley, across from Pearl Street on Massachusetts Avenue, Central Square. Free. A collective of hip-hop artists perform at Central Square’s most colorful and iconic location, starting with an hour of freestyle circle and an hour of live video recording and open mic. Information is here.

Official Reopening of the Growing Center (from 9:30 to 11 a.m.) and Family Fun Day (from noon to 4 p.m.) at 22 Vinal Ave., near Union Square, Somerville, and then at Trum Field, 554 Broadway, Magoun Square, Somerville. Free. Start with the ribbon-cutting at this refreshed urban park with Mayor Joe Curtatone and other officials as well as live music, dancing, kids activities, tours and light refreshments (information is here) … and then move to Trum Field for face painting, music, games, crafts and free barbecue (information is here).

Cervena Barva Press Reading Series from 2 to 3:30 p.m. The Center for Arts at the Armory, 191 Highland Ave., Somerville. Admission is $5. Poetry from Michael Franco (director of the local Word of Mouth and Xit the Bear reading series) and David Surette, author of, most recently, “Malden,” selected and new poems that feature his hometown some six miles to the northeast. Information is here.

12th Annual Make Music Harvard Square/Fete de la Musique from 2 to 10 p.m. Saturday on stages around Harvard Square. Free. Inspired by a street-music festival started three decades ago in Paris and now going on worldwide, the Make Music Harvard Square/Fête de la Musique seems mostly recovered from an artist boycott a year ago after Harvard Square Business Association president John DiGiovanni shut down the EMF music community building in Central Square. This year’s preliminary schedule shows some 70 bands of various genres on nine stages – though the HSBA shouldn’t expect the daylong festival to go on without a demonstration of the art community’s ongoing resentment of what musicians have called hypocrisy and exploitation. Information is here.

CONcentrate On The ARTistry from 6 to 8:30 p.m. Saturday at The Center for Arts at the Armory, 191 Highland Ave., Somerville. Tickets are $15 (with fees, $16.74) with an afterparty from 8:30 to 10:30 p.m., ticketed separately. The idea here is to showcase talent that goes largely unrecognized, and the hosts – the CONcept Artists troupe – have found around a dozen musical and dance performances to bring to the stage for this fourth year, including Impavido, Boston Bollywood (pictured, by Sainath Varikuti), Hibbz, Dalin Celamy, Java, Stackz: The Company at Stiggity East, Misses Jojo, Alexander Davis, East Mijo, Beantown Lockers and J.A.B.S. Information is here.

Festival of Us, You, We & Them starting at 11 a.m. (and continuing Saturday and Sunday) at The Dance Complex, 536 Massachusetts Ave., Central Square. Most events are free. Information is here.

Evening Reading Series at Lesley University from 7 to 9 p.m. (and continuing daily through June 28) at the Marran Theater, 34 Mellen St., on Lesley’s Doble Campus in the Agassiz neighborhood near Harvard Square. Today: headliner and New York-based journalist and author Cheryl Lu-Lien Tan (the novel “Sarong Party Girls” and the food memoir “A Tiger in the Kitchen”). Information is here.

“The Grace of Mary Traverse” from 8 to 10 p.m. (and repeating Saturday) at the Friends Meeting House, 5 Longfellow Park, near Harvard Square. Tickets are on a sliding scale, with a $10 minimum requested. Information is here.

Bridgeside Cypher from 8 to 11 p.m. in Graffiti Alley, across from Pearl Street on Massachusetts Avenue, Central Square. Free. Information is here.

Cambridge Vegetarian Food Festival from 11 a.m. to 5 p.m. at University Park Commons, near Central Square. Admission is $5. Sample and buy vegetarian and vegan options from 25 local makers, along with a beer garden and more than 90 funky vendors of all sorts of goods. Information is here.

“Unmarked” gravestone tour from 1 to 2:30 p.m. at Mount Auburn Cemetery, 580 Mt Auburn St., West Cambridge. General admission is $12. Docent Robin Hazard Ray stops by some of the lush cemetery’s hundreds of invisible residents and discusses reasons for the lack of grave markers – family feuds, religious preference, reversals of fortune – that can be as intriguing and various as the people themselves. Information is here.

Concert for the Sycamores from 1:30 to 3:30 p.m. at on Memorial Drive near JFK Memorial Park, south of Harvard Square. Free, with registration and donations welcome here. A musical celebration of the heritage trees on Memorial Drive and the work to preserve them for future generations includes classical and electronic music: string quartet Music of Reality performs turn-of-the-century music on period instruments (and shares the histories of their instruments and origins of the wood sourced to craft them) and electro symphonic composer David Ibbett premieres “Sycamore Life” for the event organized with Green Cambridge and the River Bend Park Trust to raise funds for Green Cambridge’s Heritage Tree Initiative. Information is here.

“Crumbs” board game demo from 6 to 10 p.m. at Pandemonium Books & Games, 4 Pleasant St., Central Square. Free. In this “Best in Show” game from the recent Boston Festival of Indie Games, players represent ducks, pigeons, squirrels or chipmunks to fight for territory and “crumbs” (small wooden cubes). Information is here.

Festival of Us, You, We & Them starting at 10 a.m. (and continuing Saturday and Sunday) at The Dance Complex, 536 Massachusetts Ave., Central Square. Most events are free. Information is here.

Evening Reading Series at Lesley University from 7 to 9 p.m. (and continuing daily through June 28) at the Marran Theater, 34 Mellen St., on Lesley’s Doble Campus in the Agassiz neighborhood near Harvard Square. Today: playwright and scriptwriter Barry Brodsky, and nonfiction writer Rachel Manley. Information is here.

This post was updated June 22, 2019, to correct the appearance of events taking place the next week.