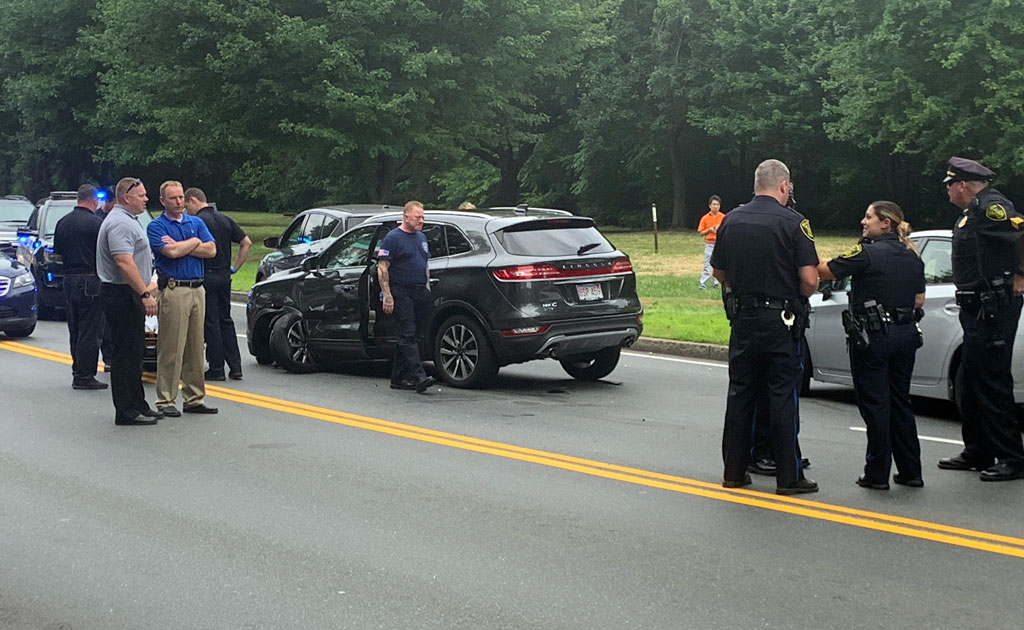 A brief high-speed chase of a vehicle wanted after an incident in Belmont ended Wednesday morning on Alewife Brooke Parkway with one suspect arrested, according to Jeremy Warnick, director of communications and media relations for Cambridge police, and a person on the scene.

The incident began at approximately 9:38 a.m. when Belmont Police responded to a Partridge Lane home on reports of a fight, finding a woman suffering from apparent stab wounds. The male suspect fled, pursued by Belmont Police through Arlington and Cambridge before crashing his vehicle in Cambridge, said Belmont Police Assistant Chief James MacIsaac.

Belmont police arrested the man before he was taken to an area hospital for injuries from the crash, MacIsaac said. The woman is also hospitalized. “This is an open and ongoing investigation,” he said. “Additional information will be released as it becomes available.”

State and Belmont police officers were handling the aftermath of the incident as of around 10:15 a.m., while Cambridge officers were on hand to manage traffic, Warnick said.

The suspect, taken from a gray sport utility vehicle, had CPR performed after stopping, and an ambulance sped off.