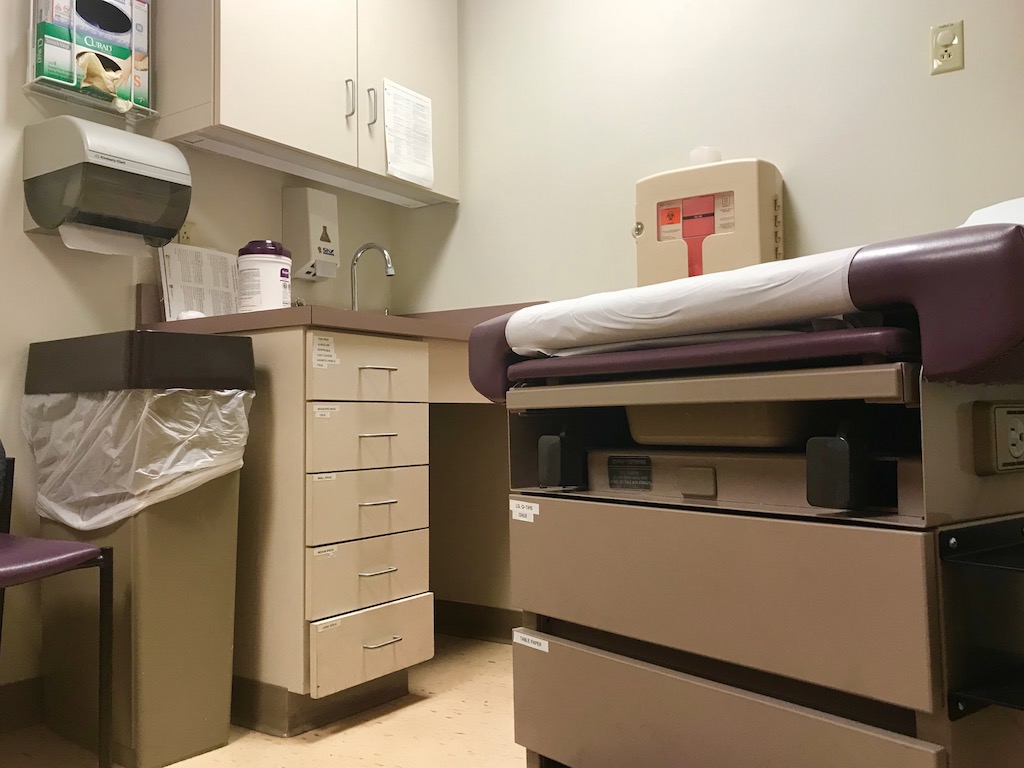 Cambridge Health Alliance’s spending for the next fiscal year includes a surprise $2.7 million in pension funds but also the cost of adding the equivalent of 57 full-time positions in doctors and other clinicians. (Photo: Marc Levy)

Cambridge Health Alliance will lose more money than it anticipated in the next year because the health care system unexpectedly needed to add $2.7 million to the city’s pension fund just a few weeks before the fiscal year started July 1.

Chief financial officer Jill Batty gave the bad news to Alliance trustees on the finance committee June 27 as the panel discussed the proposed budget for fiscal year 2020. The Alliance now expects to lose $4.3 million on health care operations in 2020. Before the transfer to the pension fund, officials forecast a loss of $2.3 million. Both estimates include $6 million in one-time expenses.

Those one-time expenses are the fundamental culprit, although the unexpected pension cost pushed the loss to a level that looked more alarming. The nonrecurring expenses are for system improvements in the information technology area, which would not come out of the operating budget for most other hospitals – but the Alliance, as a public hospital, must put them in the operating category, according to accounting rules for government agencies, officials said.

A budget summary said managers considered “a variety of opportunities” to get to break-even status by cutting costs, but rejected them because they “would be very disruptive to CHA operations.” The finance committee agreed, voting to recommend the budget to the board of trustees.

The board adopted the budget July 9, with several trustees expressing qualms about approving a plan that forecasts a loss of that size but still voting in favor.

The Alliance expects to report a slight gain of $300,000 for fiscal 2019, substantially less than the $2.4 million surplus that had been predicted. One reason: the unforeseen pension cost, according to the 2020 budget document. CHA will return to the black in 2021 with a $4.3 million budgeted margin, according to a presentation made to the finance committee.

The city’s pension fund covers some Alliance employees as well as city workers. The health care system contributes a share of costs related to its workers covered by the city fund. Experts estimate the Alliance’s pension costs and liabilities once a year. The most recent estimate, on June 11,  was much higher than the amount than had budgeted, and required the health care system to add money to the fund, spokesman David Cecere said.

Such large deviations are unusual, he said. The Alliance usually sets an estimate for the current year based on previous year’s costs, Cecere said. Financial managers “will be evaluating whether there is a way to predict large swings” in the period between the annual estimates, Cecere said.

The city appropriation for the city’s pension fund as a whole will rise 5.85 percent in fiscal year 2020, city spokesman Lee Gianetti said. That was expected; the city is on a pension funding schedule that calls for a 5.85 percent increase every year, according to financial documents.

Aside from the pension issue, the Alliance’s operating budget for 2020 predicts little or no increase in the number of patients admitted to the hospital or visiting outpatient clinics. The workforce will increase 3.6 percent from the total in fiscal year 2019 as CHA fills vacancies as well as hires for new positions.

The number of doctors and other clinicians will rise by the equivalent of 57 full-time positions, to 459; administrative positions will increase to 3,309 full-time equivalents, up 87 slots, the proposed budget says. CHA has been expanding into northern and western suburbs, but patient volume growth has not always met expectations partly because of staff vacancies.

Two programs – outpatient pharmacy and the Elder Service Plan serving frail older patients with comprehensive services intended to keep them out of a nursing home – have been bright spots for the Alliance as it seeks financial stability. Those programs are among those that will get increased staff, according to the budget.

Another goal of expanded staffing is improving patients’ “experience of care,” where CHA sometimes scores low in outside ratings. The Alliance has begun letting patients make appointments online, and has introduced a payment system that allows online bill payments.

The Alliance, like other hospitals and doctors’ groups, is dealing with new payment models that require physicians, hospitals and other health care providers to collaborate so that they cover all aspects of their patients’ care, often for a set monthly payment per patient. Such combinations are called Accountable Care Organizations. In a major shift, the state wants those ACOs to care for a substantial portion of patients in Medicaid, the government program for low-income families and individuals. To be successful, the organizations must ensure that patients use doctors and hospitals within their own organizations.

As a safety-net hospital system, the Alliance serves many Medicaid patients, and has formed an ACO with Tufts Health Plan to contract with the state. The Alliance also has established an ACO on its own, and is a member of one launched by its clinical partner, Beth Israel Deaconess Medical Center. These ACOs work with other insurers including Medicare. The budget document indicated that CHA expects to record a $3.2 million loss from operation of these organizations for fiscal 2019 and $2.9 million in losses in fiscal 2020.

Those figures are based on performance in calendar year 2018, the budget said. It placed part of the blame on “inherent flaws in the funding formula for MassHealth (Medicaid) ACOs.”  The Alliance can improve its performance by doing better at preventing patients from getting care outside its networks and scoring higher on quality, the budget said.

Change at the top

In other action, trustees approved a pay package for Dr. Assaad Sayah, who is serving as interim chief executive while the Alliance searches for a leader to replace Patrick Wardell, who retired last month.

This post was updated July 19, 2019, to correct that an Alliance budget presentation shows a return to profitability in the 2021 fiscal year, rather than 2022.