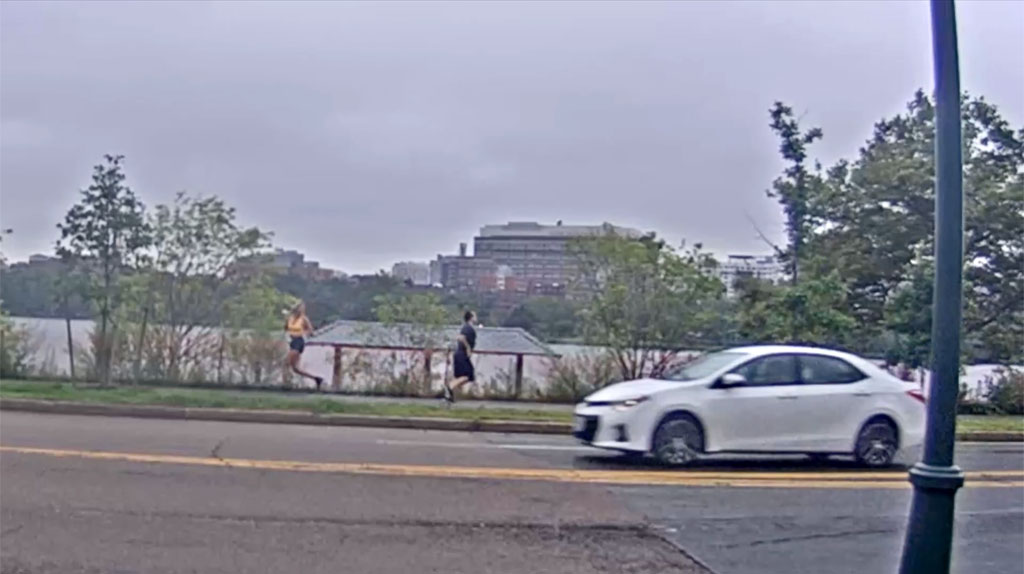 State police seek the public’s help in finding a flasher – a runner who exposed himself to another runner on a path along the Charles River at about 7:30 a.m. July 18.

A woman told troopers that while she was jogging on Memorial Drive near Vassar Street, a man exposed himself to her. She didn’t just run on – she pursued the man and tried to detain him while calling for people nearby to call police. He shook her off and fled, last seen running down Amesbury Street.

The incident was recorded by nearby cameras. A video released by police shows the moments just after the indecent exposure, beginning as the suspect passes the woman, with a second clip showing a closer view of the suspect jogging.

The suspect is described as a white man with a heavy build; short, dark hair in a receding hairline; and wearing black and gray running clothes and black running shoes with white soles.

Police ask members of the public with relevant information to call trooper Martin Concannon at the State Police Barracks in Boston at (617) 727-6780.