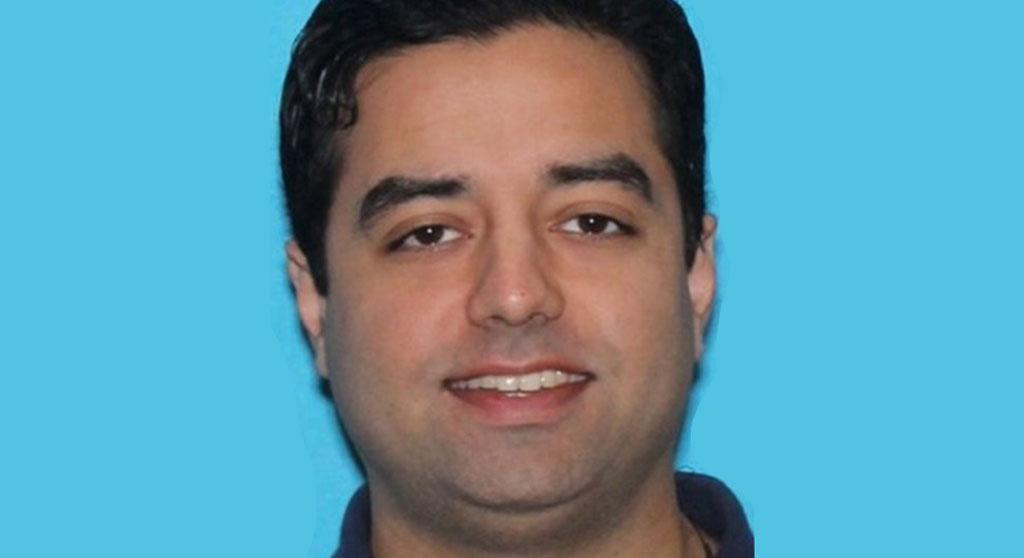 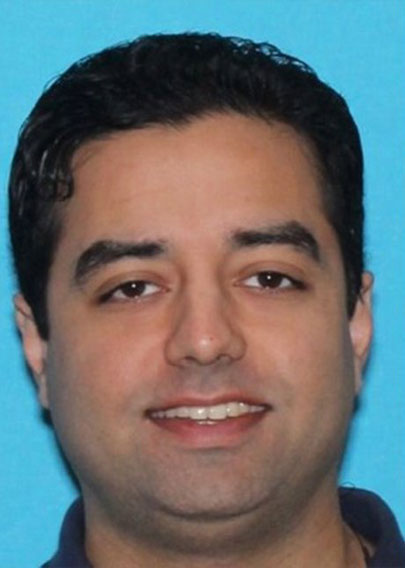 Panjrolia, in an image released by Philadelphia police.

A former Harvard University student considered a suspect in a recent homicide in Philadelphia, 31-year-old Sohan Panjrolia, was taken into custody at 12:48 p.m. Tuesday in Harvard Square after a police search.

Panjrolia was then spotted by a Cambridge officer – unarmed, sitting and using an electronic device such a laptop at the Ben & Jerry’s in the nearby Garage mall in the heart of Harvard Square, said Jeremy Warnick, director of communications and media relations for Cambridge police.

“We were lucky we caught the suspect unprepared,” Bard said. It was cause for “a huge sigh of relief … it could have turned out much differently.”

Philadelphia police were seeking Panjrolia after arriving at a 9:30 p.m. Saturday domestic shooting and finding a 60-year-old man – later identified as the suspect’s father, Mahendra B. Panjrolia – in the living room with a “significant gunshot wound to the head.” He was pronounced dead on the scene.

Panjrolia, in an image released by police Tuesday.

Preliminary investigation indicated he had been home watching television with his wife and his son when Sohan Panjrolia went upstairs, retrieved an assault rifle and went into a first-floor bathroom, discharging the weapon once; then left the bathroom and pointed the gun in the direction of his parents, firing multiple shots at his father and striking him in the head, Philadelphia police said. The suspect was reportedly suffering from schizophrenia and maybe using narcotics, they said.

Sohan Panjrolia had left, still armed, and fled in a car found several blocks away – without the driver, police said. The car found in a Harvard Square garage three days later was a rental, Bard said.

Panjrolia’s mother reportedly told police there was no argument leading up to the incident, and that didn’t know her son had a rifle.

Philadelphia authorities sent out an alert including a warning that he could be returning to  Cambridge. He was considered dangerous, and in a 12:38 p.m. email from Cambridge police, residents were “advised to use extreme caution if they come across” him; Harvard and Lesley University advised their students by text to shelter in place. Law enforcement searching around JFK and Elliot streets advised residents to “please stay clear.”

When the suspect was taken into custody, he was brought to a holding area in Cambridge police headquarters near Kendall Square.

He is a former Harvard Extension School student who graduated in 2013, Juliet E. Isselbacher reported in The Harvard Crimson, and worked as a research assistant at the Harvard Business School in 2010 and a “course assistant” at the university in 2011, according to his LinkedIn page.

There was a previous “domestic incident” reported for the suspect from 2010, when he lived in Cambridge, Warnick said. Further details weren’t immediately available.