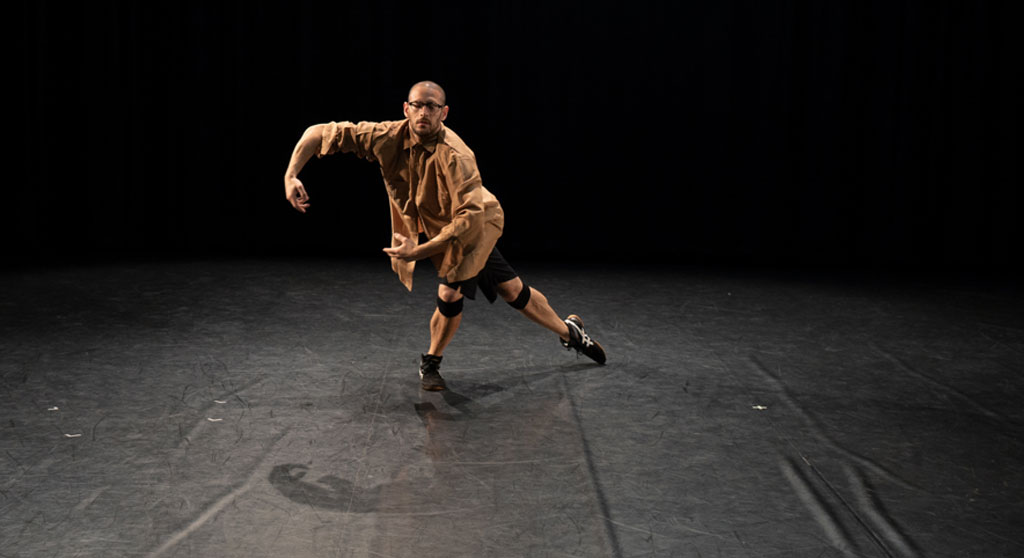 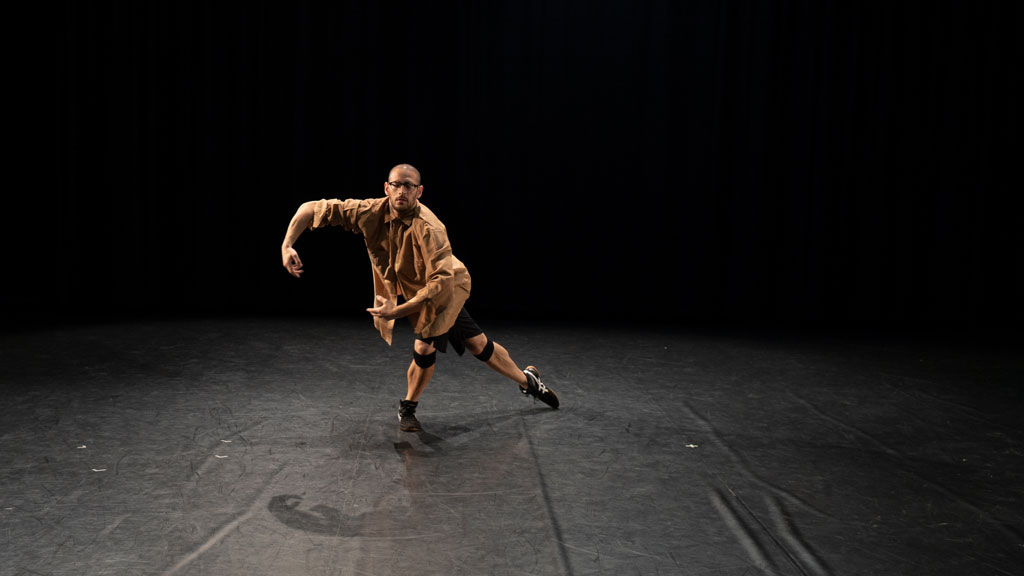 The Lion’s Jaw performance + dance festival is not just for avant-garde dancers to swap cutting-edge pedagogy – although it is an exceptional opportunity for it. The festival also includes two performances for the public, offering local audiences the chance to see experimental contemporary choreography from around the country they might not otherwise hear about, much less experience live.

This year’s festival is particularly poignant, as it marks the last time the festival will be held at Green Street Studios before it, like other art spaces in the area, closes due to rising rents.

As though to highlight that poignancy, the festival’s lineup of classes – starting at Green Street Studios on Thursday – is sold out, even intensives and satellite workshops filling up for the first time in the festival’s four-year run, said festival curators Sarah Mae Gibbons and Jared Williams. (Drop-ins are welcome, just not guaranteed.) 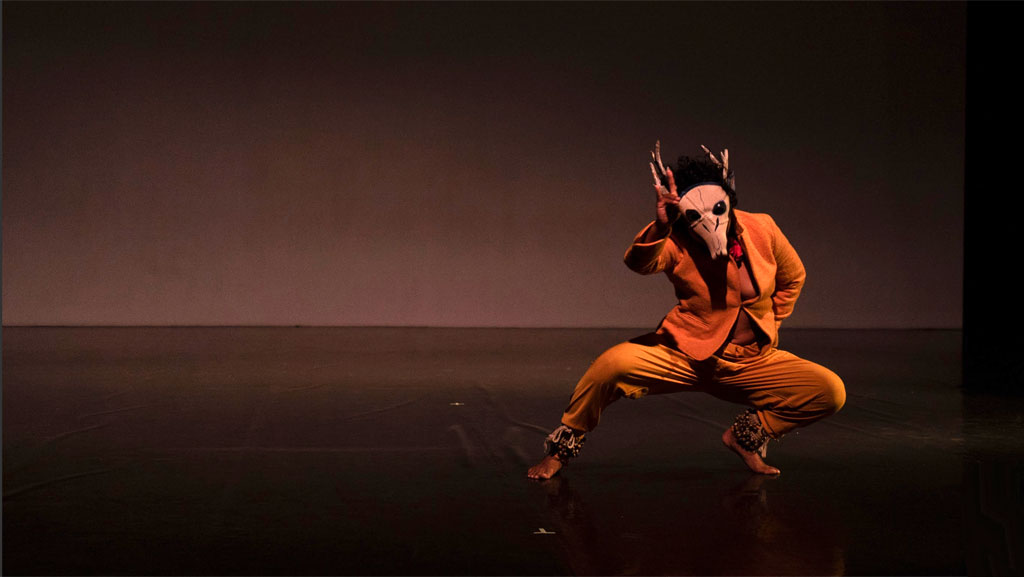 The weekend performances still have audience seats available, but are also likely to sell out.

Every artist teaching at Lion’s Jaw will perform, showcasing a variety of experimental dance forms – from political dance theater to breakdance to the latest developments in modern and postmodern dance techniques out of Boston, Detroit, Chicago, Houston and Oakland, California, to name a few cities from which the festival draws talent. Focused and highly skilled, the work is also often interdisciplinary and collaborative, incorporating innovative costumes, visual art and award-winning sound design. A handful of the dances last year were interactive, inviting audience participation.

The five-day event uses the three studios as well as the hallway and lounge at Green Street, “inhabiting every piece” of the space and its available equipment – professional lighting and the bounciest Marley floor in New England (built on plastic bottles, so the story goes). “Among other things, Lion’s Jaw is a lab for curious dancers at every level, a punk rock forum for the exchange of ideas all day and all night,” Williams said. 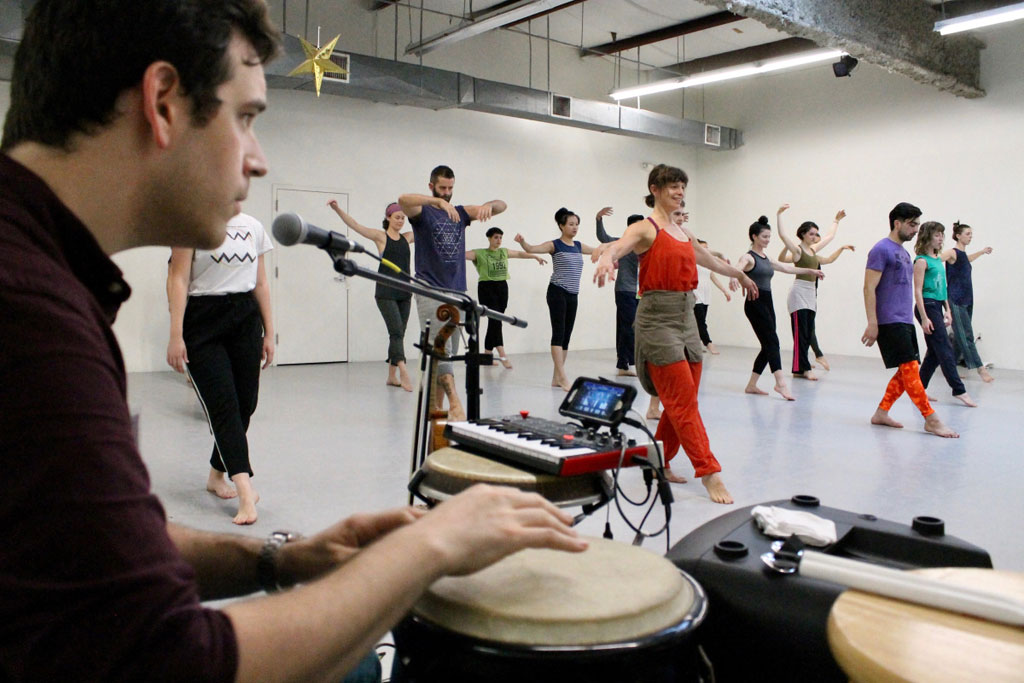 It’s one reason Gibbons and Williams said they decided to run a festival rather than a series of daylong workshops spread out over time, and to include two nights full of performance (in addition to a Sunday dance “open mic” called “The Thing.”) “We are going for the focus and cross-pollination that only density can inspire. There’s a certain degree of lock-in or commitment, on the part of teaching artists and participants, and I think that comes through when the dancers share their own work Friday and Saturday night,” Williams said.

They bring different skills to organizing the festival – Williams trained in visual art, as well as capoeira, while Gibbons contributes core knowledge about what kinds of dance are being studied and taught in professional circles today. It’s important that the festival happens outside universities because “some of the work is just too new for the academy’s vetting processes,” Williams said. “Although many Lion’s Jaw artists teach in strong college programs, such as The Bates Dance Festival, Lion’s Jaw aims to gain a more active presence in the public life of this city.”

If this year’s performances are anything like last year’s, the work will be edgy but fluent – or “rigorous,” a word Williams often uses – and immersive. Last year watchers could be asked to move their chairs around to gain different perspectives on a solo, or to sit cross-legged on the stage, looking over one shoulder and then the other as Larry Arrington performed “No Quarter,” an elegiac ballet folk poem to patriarchy, lit dramatically against the backdrop of the studio-turned-auditorium’s four walls. 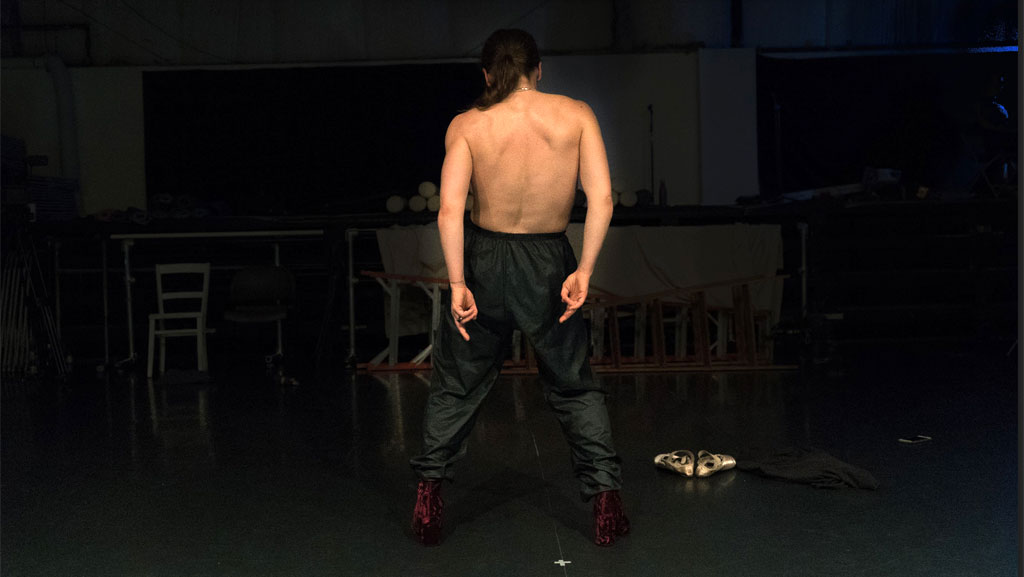 Logistics, lighting and music for performances run more smoothly with each festival, thanks to Production Director Delaney McDonough, allowing for more creativity and experimentation despite the tight turnaround from daytime workshop to evening performance.

“Every artist participating in Lion’s Jaw is someone we’ve been wanting to work with, study under, and ‘see for ourselves,’” Gibbons said. The festival pays ethically and provides housing and travel stipends, and “in doing so, we attract performers who are pretty in-demand and who we are really fortunate to work with. At the same time, we don’t scale the pay, and value emerging artists.”

As they figure out how best to support the teaching and performing artists, Gibbons and Williams said they also find that they can offer invited dancers more leeway, more freedom and possibilities in the curriculum design and choreographic choices. “Teach whatever you want to teach. Show the work or work-in-progress you want to show. We trust and admire you and want to help you make things happen,” Williams said.

This post was updated Oct. 11, 2019, for changes to text and quotes. A photograph was swapped out.